Home » What happens if Gervonta Davis goes to jail?

What happens if Gervonta Davis goes to jail?

Gervonta Davis is staring down the barrel of a gun regarding career oblivion with prison hanging over the boxing superstar.

Floyd Mayweather has a massive dilemma with his most significant Pay Per View boxer Davis facing jail time in 2022.

Davis has one more fight with Mayweather Promotions when he opposes Rolando Romero on May 28th. Win or lose, Mayweather must decide soon whether to renew their deal – if Davis is willing.

However, the rejection of a jail time plea deal stemming from an alleged hit and run will now rumble on until September.

“Tank” will go to trial to prove his innocence in this case, which could prove problematic in the circumstances.

Prosecutors are undoubtedly optimistic that a prison sentence will happen in this case, leaving a big question mark over the future of Davis in boxing.

According to the law, Davis faces seven-year or more if found guilty. At the age of 27, that would be disastrous for his career.

There’s no question that Mayweather and Davis are close friends and would ideally like to work together moving forward, but a lot hinges on the legal situation.

Another spanner got thrown into the works with reports that the September trial date doesn’t mean an end to the court drama. Davis has another appearance in front of a judge for separate charges of battery to deal with on May 18th. 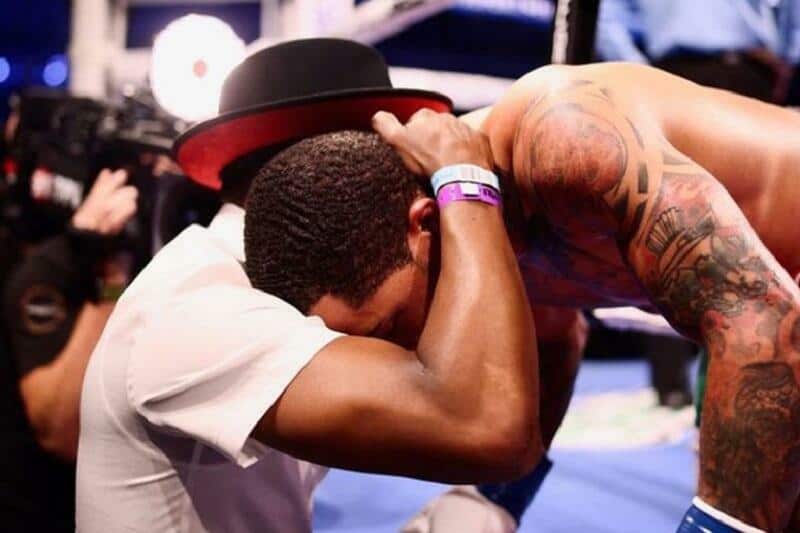 If Mayweather is going to show faith in Davis, now may be the best time to do it. Their partnership renewal may also demonstrate Mayweather’s commitment to Davis as a person and a fighter.

The lightweight could have another trial date after his first in the fall, an unfathomable happening for a world champion attempting to build a legacy.

If he is found guilty and sentenced for the hit and run, Davis would be at least 32 when he’d be eligible for release. Another guilty verdict for the battery charges could end his career altogether.

For someone tipped as the natural successor to Floyd Mayweather as the pound-for-pound best Pay Per View star in the business, it could be a spectacular fall from grace for the three-weight ruler.