Floyd Mayweather will reportedly step back inside the ropes on May 14 in a Dubai exhibition against his uncles Roger’s protégé.

‘Dangerous’ Don Moore had Roger Mayweather backing him up until the untimely passing of the top trainer. Two years after his death, Floyd will give Roger’s undefeated prospect Moore his time in the sun over eight rounds.

Moore holds a record of 18-0-1 but hasn’t fought in six years. Mayweather will seemingly reward Moore’s loyalty to his uncle with an eight-rounder that will net the pair millions.

Images of Roger mentoring Moore are all over the social accounts of the ‘Dangerous’ one, who paid tribute to the coaching legend on more than one occasion.

A regular at the Mayweather Gym, Moore also has many images of himself standing alongside Floyd, who now becomes his opponent.

On Roger, Moore said: “Salute Roger Mayweather. Thank you for mentoring me, supporting me, and perfecting my professional boxer skills.”

After his death, Moore wrote: “This hurts. I’m saddened by your death.

“Roger, thank you for loving and believing in me. Being my father figure, trainer and mentor.”

Becoming disillusioned with his career, Moore added weeks later: “A lot was on my mind this day. I trained hard, dedicated myself, sacrificed, and put my heart into this boxing business.

“But all people wanted was for me to ask for a handout to get put on. I wasn’t having it.

“I’m not being a follower. I wasn’t lucky. I Prayed, believed, sacrificed, and worked hard for it. I’m blessed.” 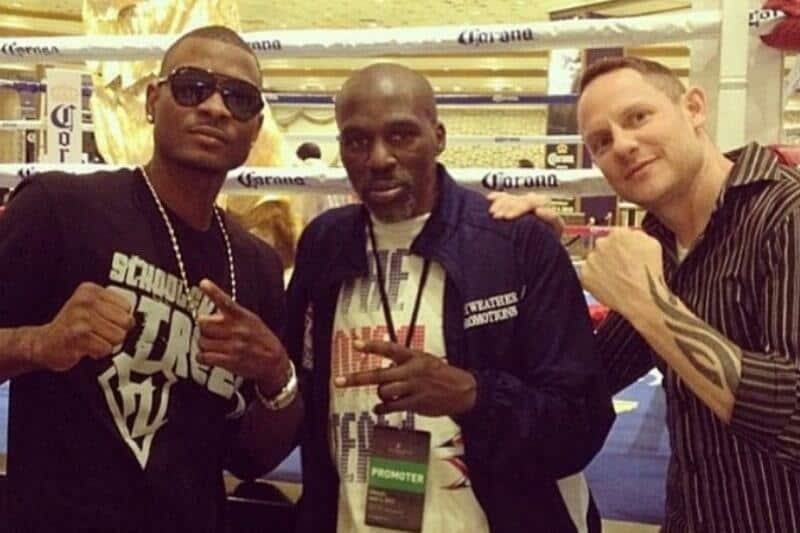 Now, Moore will get something back on top of a bill labeled “The Global Titans Fight Series” alongside Floyd Mayweather.

Two-weight world champion Badou Jack, a great friend of Mayweather and based in Dubai, will also appear on the card.

Mayweather was due to fight ‘Money Kicks’ earlier this year, but that event collapsed due to a lack of interest.