Errol Spence Jr. refuses to accept any troubles with an ailment that ended his hopes of facing Manny Pacquiao.

Spence Jr. will not have any problems with the severe eye injury that scrapped a fight with Pacquiao in 2021.

That’s the view of trainer Derrick James, who says Spence will be in top form for his unification with Yordenis Ugas.

The pair will collide on April 16 with three welterweight titles on the line after Wrestlemania saw over 70,000 people attend there on night one.

Spence is fighting fit and aims to show how good he can be on the night against the man who overcame Manny Pacquiao in his place.

“I think the only difference with Errol between the Shawn Porter and Danny Garcia fights was the strategy and fight style he was using.

“Errol is doing great. We haven’t even thought about the eye. It’s not an issue.”

On the mindset of Errol Spence heading into the most important fight of his career, James added: “Errol has known this fight was coming for a long time, so he’s been training for months and months and has prepared mentally. 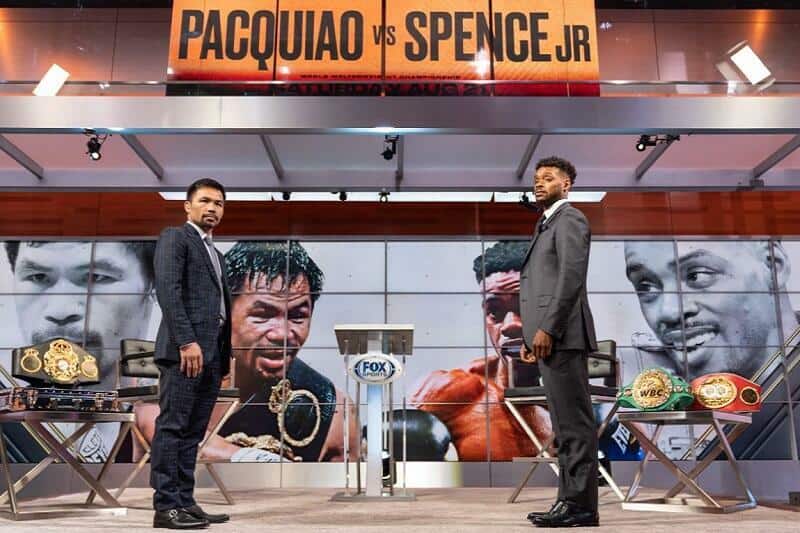 “I never think about a matchup with a trainer. But I’m excited to be up against a great trainer. He took down Manny Pacquiao.

“So we’re going to be 100% ready to have Errol fight at AT&T Stadium is amazing because it shows his progression and maturation as a fighter.

“For a young fighter like Errol, it’s a dream come true. We can’t wait.

“Other than the fight, that ring walk at AT&T Stadium is the best part of the fight. Going out there and being embraced by the fans like that is crazy. It’s going to be a special moment on April 16.

“You’ll see Errol in his top form in this fight. He’s coming to handle business.

“We’re not taking Ugas for granted at all. He’s very smart and has a great corner. We’re going to go skill for skill. There’s a true prize to be attained in this one.”

Tickets for the April 16 live event at AT&T Stadium, which TGB Promotions and Man Down Promotions promote, are on sale now and can be purchased at SeatGeek.com, the Official Ticketing Provider of AT&T Stadium.