Gervonta Davis is not impressed despite a fight arrangement that ultimately gives him the chance to be undisputed.

The Baltimore man gave the ultimate dismissal to the forthcoming four-belt clash between rivals George Kambosos Jr. and Devin Haney.

Kambosos and Haney agreed to collide on June 4 after weeks of back and forth wrangling. Australia’s fight will go down and crown one sole champion at the lightweight limit.

Davis holds the WBA secondary title. He defends it against Rolando Romero the week before Kambosos vs. Haney.

However, he gave the rival event the finger. Davis is not a fan of the fight.

Responding to a fan stating his match with Romero doesn’t compare to Kambosos vs. Haney, Davis replied: “And both of them together still won’t get paid as much as me.

“But they will be paying out more than me, though.”

Promoter Lou DiBella, a big part of all the belts being on the line this summer, gave the encounter a significant build-up.

“The Emperor, George Kambosos, is a different breed,” said the Hall of Famer. “He sought out the challenge of Vasiliy Lomachenko to give the people of Australia the biggest event possible.

“When the duty to his country made ‘Loma’ unavailable, George demanded the biggest event possible. He wanted the greatest challenge in Devin Haney.

“June 4 will be epic. Credit goes to George for his unprecedented drive to greatness. And to Devin Haney for being a man of his word and accepting the final lightweight unification for boxing fans worldwide.

“Great appreciation to the Victorian Government for their patience. Their unwavering commitment to bringing this mega event to Marvel Stadium in the beautiful city of Melbourne.

“As George is proud of his Greek ancestry and Australian roots, Melbourne. It has a large and vibrant Greek community and is the perfect city for this Spartan warrior to defend his belts.

“Melbourne has hosted the Olympics. It is home to the Australian Open, among other huge events. Kambosos-Haney will rock Marvel Stadium.” 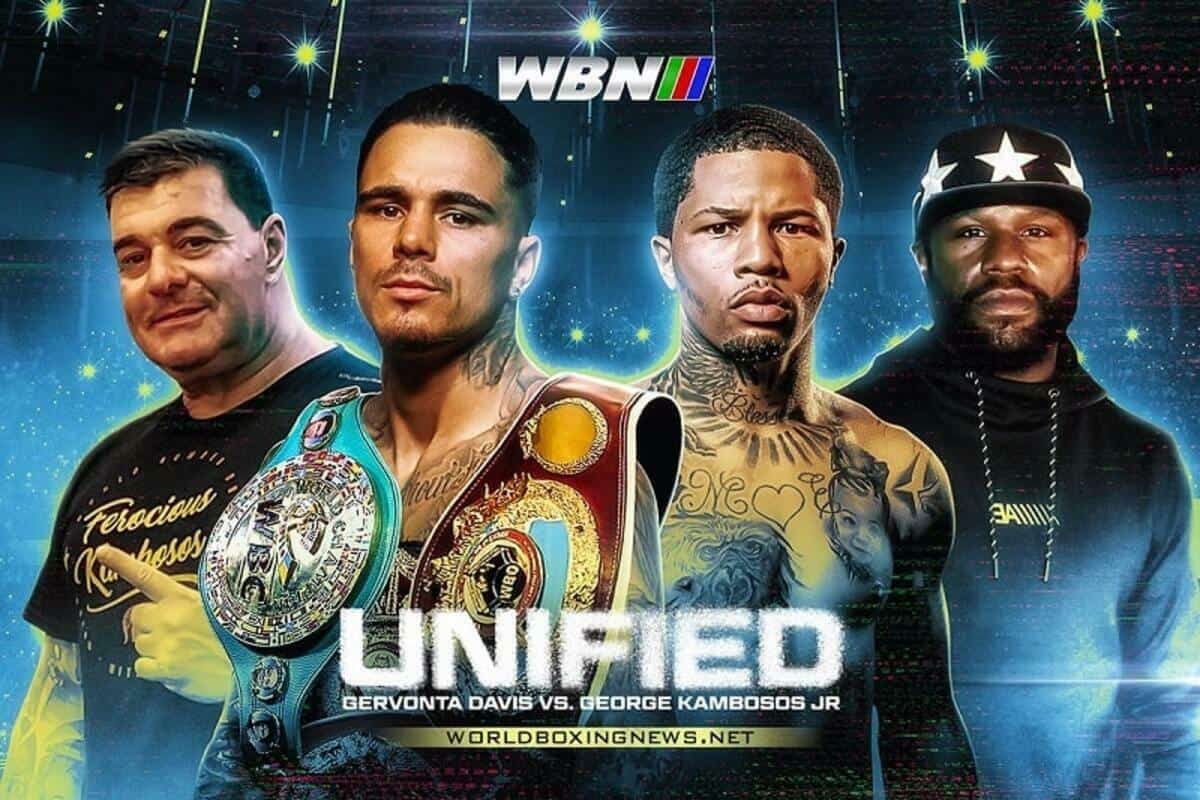 The ironic thing about the comments made by Davis is the fact he is stipulated to face the winner. WBA chiefs will name Davis as the mandatory challenger if he comes through Romero.

This scenario comes about due to the World Boxing Association’s plan to eradicate the regular titles by pitting those holding the straps against the super champion.

Davis will be pushed forward by the end of the year. There will be a Kambosos Jr. vs. Haney rematch, then the WBO’s mandatory Vasiliy Lomachenko.

By 2023, the WBA will aim to have only one belt holder in each division by eliminating titles. His chance will come.