Outspoken promoter Don King always knows how to get himself some headlines, and things were no different around his latest heavyweight event.

The Hall of Famer managed to get somehow himself involved in another top division title fight when Trevor Bryan topped an Ohio bill recently.

But comments made by King flew under the radar. The ex-Mike Tyson handler fired off some startling allegations about how boxing gets run today.

The conversation began innocently enough when King, now 90, was asked how long he intends to continue.

He said: “I will slow down when I go to heaven. The gangsters blew up my car, my house. I am fighting a crooked system where women cannot get their rights and equality, and Black people cannot get a chance.

“That is why I have been fighting since I came out of the penitentiary.

“Ali came in and brought five or six guys to Cleveland, Ohio, to start me off with boxing. I was running numbers in Cleveland. I’m a cat with nine lives. I have been challenged nine times, and I am still here.”

On trying to use the last of his events to promote welfare in the communities he promotes, King intends to leave a lasting legacy.

“We are all God’s children. He has a reason for me to be there. We want to establish a program to help all these homeless people here. 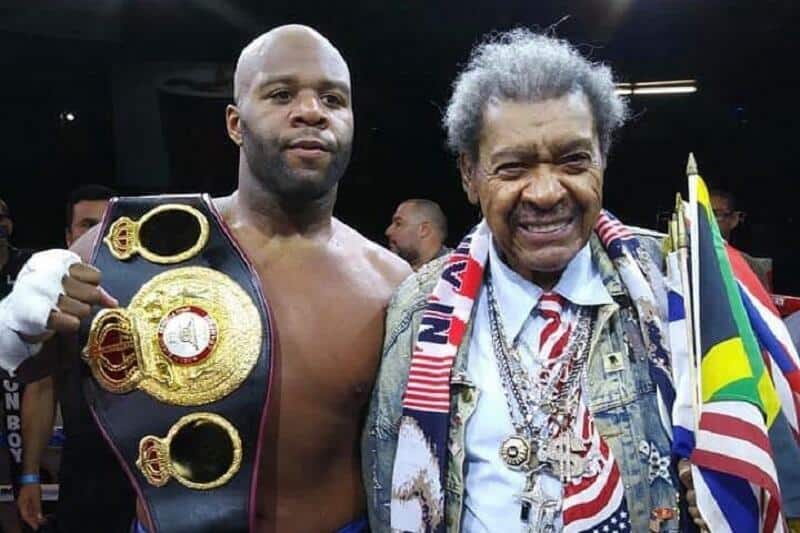 He added why he chose to head back to Ohio: “I never really left. My physical being left to the great state of Florida and Nevada.

“Both (late Nevada Senator) Harry Reid and I came from humble beginnings and worked hard for the betterment of the American people.

“That is where the memories came from. You never forget where you came from.”

King remains a polarizing figure in the sport of boxing. But there’s no doubting that we will remember him. If only for his famous, electrifying haircut.

World Boxing News has had over one billion views since its inception in 2010. Furthermore, follow on social media @worldboxingnews.