The possibility of Deontay Wilder facing Anthony Joshua faded again as the latter denied he was looking to avoid a rematch with Oleksandr Usyk.

Ex-heavyweight champion Joshua moved to pour cold water on a rumored $20 million step aside, reported in the United Kingdom press.

The Telegraph stated AJ was ‘to accept’ a deal for Tyson Fury to battle Oleksandr Usyk instead of securing a contracted rematch himself.

Joshua gave a damning assessment of the rumor when taking to a deleted video to air his disillusion at the situation.

“You know what’s mad about all these interviews I see? I see certain interviews that quote what I said. I think to myself, ‘I haven’t done any interviews.’

“So as it stands, stop listening to the bulls*** until it comes from me. I’m the man in control of my own destiny. I’m the man that handles my business.”

As things stand, Joshua is due to face Usyk in the late spring. Venues in England are said to be on the table for the return.

The 2012 Olympic gold medalist hopes to regain his titles for the second time and become a three-time heavyweight champion.

If successful, Joshua would emulate his idol, the legendary Muhammad Ali.

Usyk and his team seem firmly on board with battling Joshua again. Their other target, Fury, remains out of commission due to a mandatory WBC ruling.

Fury has to give Dillian Whyte his stipulated chance with long-delayed purse bids due to take place on Wednesday – unless they get postponed for a fourth time. 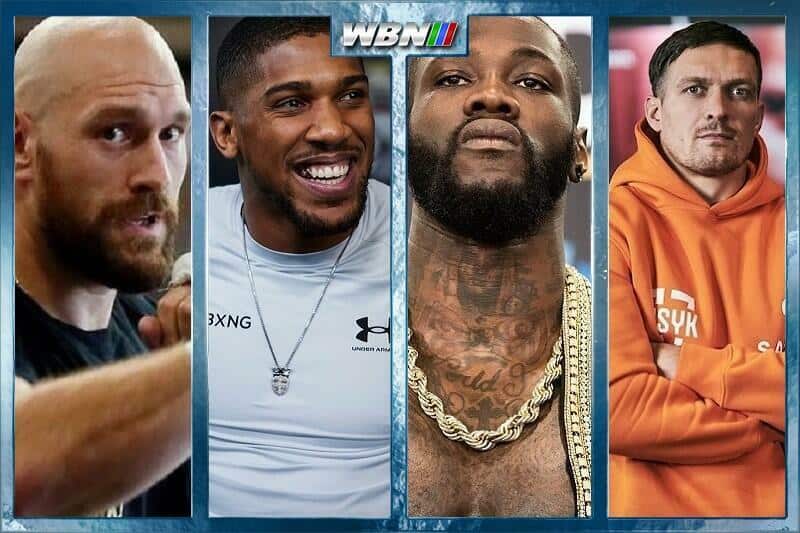 Hypothetically, if Joshua did step aside for whatever reason, fans are already discussing the possibility of a renewed fight with Deontay Wilder in forums.

Joshua vs. Wilder would be the only fight that makes sense if Usyk and Fury were off the table. However, that potential war of the former top division rulers is out of the window unless AJ has a change of heart over the step-aside.

Wilder is on the comeback trail this spring once an injury heals and his suspension expires in April.

The Nevada State Athletic Commission bans anyone from fighting for six months if they suffer a knockout in their last fight.

“The Bronze Bomber” got stopped for a second time in succession against Fury in Las Vegas. Therefore, his return to action looks likely to be May or June of this year.

Sadly, it looks as though it won’t be Joshua once again.