Top Rank promoter and Hall of Famer Bob Arum is working on some significant fights as an exclusive interview with World Boxing News outlined recently.

Arum, 90, told WBN’s Dan Rafael that a unification fight between super-featherweight rulers Shakur Stevenson and Oscar Valdez is on the cards.

April 30 in Las Vegas got penciled for Arum as Top Rank puts together a spring schedule to rival his competitors.

Another fight on the horizon for the veteran is a massive lightweight battle between George Kambosos Jr. and Vasyl Lomachenko.

Pitting the two pound-for-pound stars together would have fans salivating just as there were by the news of Stevenson vs. Valdez.

Discussing the 135 super-fight, Arum revealed his enthusiasm for the contest. However, it might have to wait until the pandemic stops raging.

“Lomachenko wants to fight Kambosos, and we want to do that fight in (Kambosos’ native) Australia,” Arum exclusively told World Boxing News.

“We can raise a lot of money to do that fight, but we can’t do it in the face of Covid.

“The (Australian) government won’t give us money with Covid rampaging now through Australia. I really believe – I’m optimistic — that this is the last of the Covid with (the) omicron (variant) surging all over but not doing much damage. 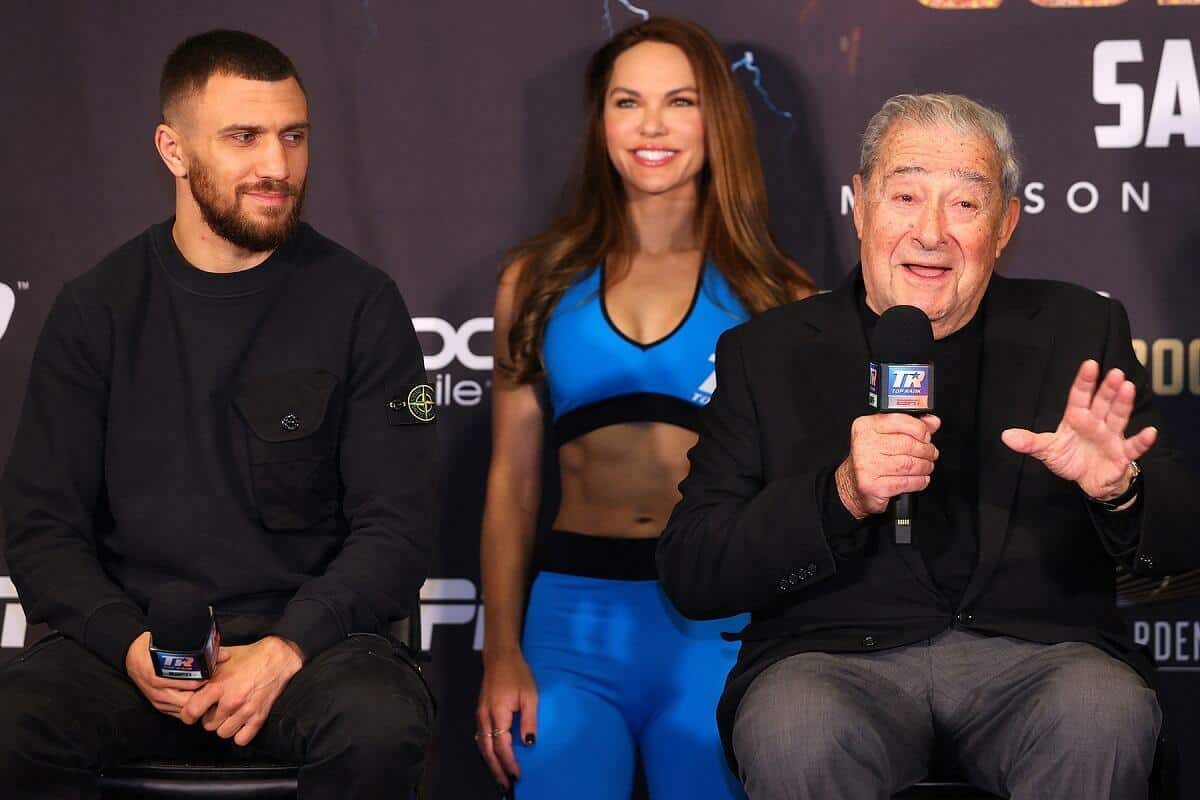 “It’s like a fighter in the late rounds throwing a lot of punches, but he’s so tired the punches have no effect on the opponent.

“I’d like to do the fight in Sydney. We’ve explored ways that it could be done. I’m very optimistic. I know (Kambosos manager) Peter Kahn is optimistic, but let’s see.”

Kambosos has three solid options for his next outing in Lomachenko, Devin Haney, and Gervonta Davis. All three could be in line for mandatories over the next twelve months if a deal can’t happen in the meantime.

As with Lomachenko, Arum also wants to seek out a challenge for two-weight titleholder Emanuel Navarrete before the winner of his latest mega-bout.

“Navarrete, there are a lot of guys he could fight, but we’ll figure it out,” Arum added. “He can fight the winner (of Valdez-Stevenson).”