‘Money Kicks’ is the latest ‘influencer’ to stand in line to face a pugilistic legend whose name transcends the squared circle.

A former five-weight world champion, Mayweather retired in 2015 when defeating Andre Berto. He has since competed in several non-events outside his career achievements.

One defeated MMA star Conor McGregor in a fight classed as his 50th professional win. Another was a first-round knockout of a kickboxer he out-weighed by over twenty pounds.

Mayweather is on the cusp of returning to the sport once again. He’s not one to get left behind when there’s cash involved.

The new scenario happened on the back of a failed event opposite a YouTuber early in 2021.

Mayweather looks likely to go down the YouTuber route again, but this time against a youth nicknamed ‘Dubai’s Richest Teenager.’

His real name being ‘Rashed Belhasa,’ the YouTuber sprung to prominence by showing off his expensive shoes. He took the moniker ‘Money Kicks’ from this obsession.

Since then, Rashed has made his living [not that he needs to due to his father being a billionaire] by showing off his supercar collection – something Floyd can relate to from his garage of toys. 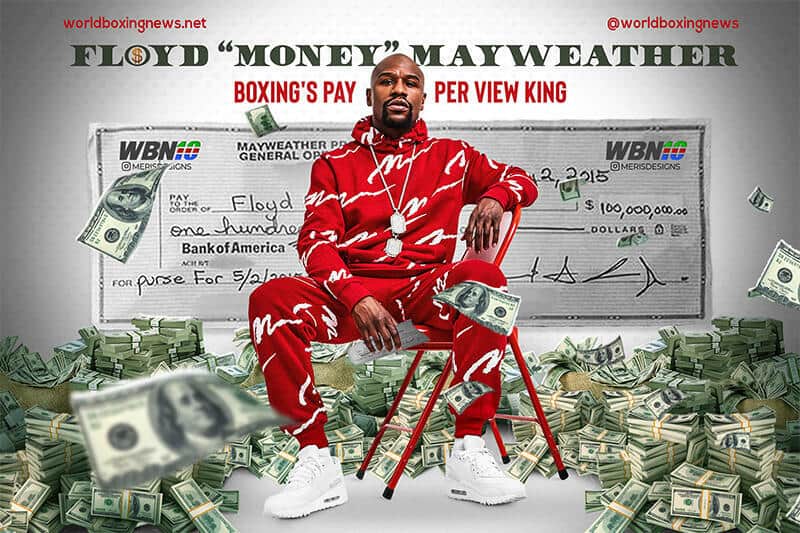 It’s okay to share a passion for cars and expensive things, but for those two deciding on a fight is just another example of a money grab from the sport.

These days, it’s become commonplace for boxing to get pillaged as the easy way to make a fast buck from what is a non-event.

It’s just two people with a massive following going through a fight event build-up before the action is a letdown – as always. Sadly, this is what boxing has become to the social media generation.

Floyd Mayweather is a savvy businessman. This understanding is something you can never knock him for today. But as for extending his legacy – those kinds of events do more harm than good.

Between his involvement in NFT’s and Crypto, Mayweather has always been looking for ways to enhance his bank balance.

However, facing teenagers in what will merely be a photo opportunity where participants ask fans to pay a fee is how boxing gets horrifically treated in the modern era.

Floyd started it all himself and fully intends to continue in 2022.