World Boxing News provides a history of the Lineal World Heavyweight Championship from 1885 to the present day.

The lineal title has been back in the news in a big way lately. So what better way to celebrate the return to prominence than to look back to where it all began.

Known as “The Man who beat The Man,” – the top division status is as old as time.

If you can defeat that recognized one, you take the mantle. Or should they retire, you can get the same honor through consensus of your achievements.

We begin with the original king John L. Sullivan and continue our journey to the present day.

In 1885, Sullivan’s win over Dominick McCaffrey took recognition as were the lineal championship officially began.

Even though Sullivan didn’t defend his crown through four years between 1888 and 1892, a defense against undefeated James J. Corbett is in the record books as the maiden official world title fight at the weight.

Defending just once in two and a half years, Fitzsimmons eventually lost his title to James J. Jeffries in 1899. The most active champion of his era, Jeffries defended the strap eight times, including against ex-rulers Fitzsimmons and Corbett, until retiring unbeaten in 1904.

Marvin Hart and Tommy Burns briefly took turns holding the mantle for the next three years until a confident Jack Johnson won the title in 1908.

Johnson made nine defenses in seven years, including a knockout over Jeffries, who came out of retirement in 1910 for a one-off special event.

In 1915, Jess Willard ended Johnson’s long spell at the helm in Havana, Cuba. Willard took the title back to the USA but made only one defense until running into the immortal Jack Dempsey. 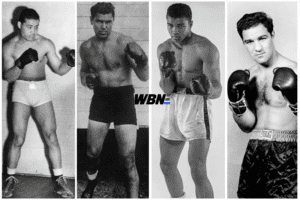 According to early newspaper reports, dropping him seven times in the first round, Willard was severely beaten, as Dempsey began a great spell as champion.

In 1926, Dempsey got dethroned by Gene Tunney’s decision as he approached the end of his career in an epic match-up. The clash occurred at the Sesquicentennial Stadium in Philadelphia, witnessed by over 120,000 people.

Tunney and Dempsey would rematch a year later with the same result before the former fought Tom Heeney and bowed out of the sport himself in 1928.

For the first time, the lineal championship lay dormant for two years until Max Schmeling took the vacant honor against Jack Sharkey in June 1930.

In 1935, along came ‘The Cinderella Man’ Jack Braddock to embark on the unlikeliest period of influence. Despite 23 losses on his record, the then 30 year-old shocked Baer via decision.

Two years passed without a fight before Joe Louis stepped in to challenge the aging Braddock in 1937. Braddock dropped Louis early on. But he was eventually taken out in the eighth.

The most prolonged era of all time was underway as Louis kept the crown for a full twelve years, ruling under an iron fist. Louis beat off 27 challenges to the throne before retiring with just one lone loss on his record in 1949.

Having been dropped in both victories over Jersey Joe Walcott before hanging up his gloves, Louis’ rival was put forward for the vacant championship later that year. Walcott got favored to defeat Ezzard Charles at Comiskey Park, Chicago but lost on points over the fifteen-round distance.

Charles made six defenses, including one over Louis on his 1950 comeback, before Walcott avenged his loss in 1951.

Walcott won the rubber match with Charles a year later to cement his legacy for good measure. In 1952, at the age of 38, Walcott faced the undefeated Rocky Marciano in Philadelphia.

A mesmerizing battle ensued, with Marciano taking the title with a late knockout. Eight months later, a rematch ended in the first round as Marciano went 43-0.

‘The Brockton Blockbuster’ made five defenses, including the 1953 and 1954 Fights of the Year against Roland LaStarza and former champion Ezzard Charles, before competing for the final time 1955 win over Archie Moore.

Marciano left boxing on a magical number of 49-0. The only heavyweight champion in history to retire without losing.

In June 1956, Moore battled Floyd Patterson for the vacant lineal championship. Patterson overcame a five-pound weight difference to stop Moore in the fifth and become the youngest heavyweight champion of all time.

Four defenses in three years led Patterson to one of his greatest career rivals, Ingemar Johansson.

The rugged undefeated Swede took advantage of holding six pounds over a slighter Patterson to end the contest in three. Patterson subsequently bulked up to 190 pounds to win two rematches with Johansson in 1960 and 1961.

One further victory over Tom McNeeley saw Patterson then give away a stone to the formidable puncher, Sonny Liston.

Patterson was no match for the powerful Liston and was blasted out in the first round on two occasions over ten months.

Liston’s reign lasted only seven months, though, as the KO artist had a date with destiny against an infamous Olympic champion in 1964.

A new kid on the block in young, brash talker Cassius Clay, later known as Muhammad Ali, stunned the boxing world when becoming the youngest boxer to defeat a reigning title-holder.

Ali heralded the dawn of a new kind of champion. He completely changed the face of the sport for the better. He took the sport from a dark and murky place with charisma, charm, and a fun personality.

‘The Greatest’ stayed firm for six chequered years, fending off challenges from Patterson and England’s Henry Cooper (in a rematch of their first meeting in 1963). By this time, Ali owned the unified belts after unifying the WBA And WBC in 1962 and 1963 – respectively.

In 1966 after refusing to draft with the US Army to fight in Vietnam, Ali was stripped of his belts and subsequently threatened with prison. 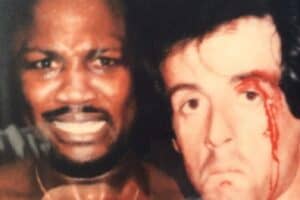 Boxing’s lineage lay dormant for three years between 1967 and 1970 until Ali allowed Joe Frazier and Jimmy Ellis to battle it out for the belts.

Frazier took his opportunity in March by stopping Ellis in four. Ali then announced his return for October that same year.

One month after Ali defeated Jerry Quarry, Frazier halted Bob Foster, and the pair were on an inevitable collision course.

On March 8th of 1971, one of the greatest fights of the modern era took place. ‘The Fight of the Century’ saw Ali attempt to regain his crown, four years from never losing it in the ring.

Fifteen pulsating rounds unfolded at Madison Square Garden, with Frazier knocking Ali down in the final round. Frazier took it on the cards and ended Ali’s undefeated run.

Frazier would only compete twice after what proved a violent brawl with Ali before a hungry puncher named George Foreman came along.

Foreman was a concussive puncher, and Frazier lasted less than six minutes of their Kingston encounter.

‘Big George’ held the lineage for eighteen months. He then accepted a clash versus Ali himself scheduled for Zaire in 1974.

‘The Rumble in the Jungle’ will forever go down as one of the most memorable heavyweight title bouts of all time as Ali etched himself into the history books again with ‘Rope-A-Dope’ tactics forever etched in the memory.

Stopping Foreman in eight, Ali was again on top of the world. Another four years steering the lineal ship followed until Leon Spinks did the unthinkable in 1978.

Competing in a mass of wars over the years proved one too many for Ali as Spinks took a split nod. In typical Ali fashion, the veteran won the rematch to become the only three-time lineal heavyweight champion in history.

Ali was ready to pass the torch, and in 1980, Larry Holmes battered the aging legend for ten rounds.

Holmes made twelve defenses until Michael Spinks avenged a loss his brother Leon suffered four years to become the new champion in 1985.

Spinks beat Holmes again seven months later before a long layoff. In 1988, Spinks was back in action, defending his position against the youngest heavyweight champion of all time. 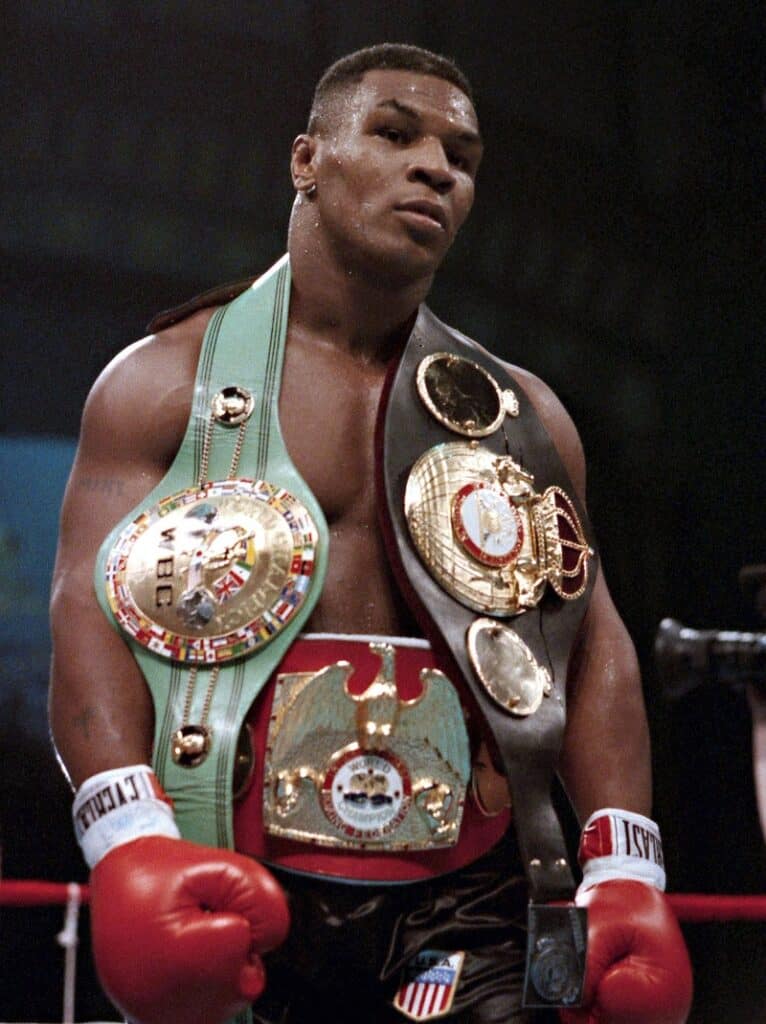 Mike Tyson had taken away Patterson and Ali’s claims to the age honor when defeating Trevor Berbick in November 1986.

By now, Tyson firmly held his ‘The Baddest Man on the Planet’ moniker and was entirely in his prime years. Like all before him, Spinks proved no match for the ferocious Tyson.

The New Yorker took him apart in just 91 seconds to become an undisputed WBC, IBF, and WBA title-holder.

Just when it seemed Tyson was unbeatable, his career began to unravel.

Twenty months on, and with his personal life overshadowing his boxing persona, James ‘Buster’ Douglas pulled off the biggest shock in boxing history.

Despite being dropped by Tyson in the eighth round, Douglas got up. He stunned the pre-fight favorite for what appeared a fast count of ten or more.

Holding what many saw as a fake crown, Douglas lasted only eight months as the division’s face.

Holyfield exchanged the crown with Riddick Bowe through two bouts of their trilogy before Michael Moorer caused an upset in 1994. Moorer came up against a rejuvenated George Foreman in his first defense. Foreman was enjoying a renaissance later in life.

Twenty years after his first reign, Foreman became the oldest heavyweight ruler in history when stopping Moorer in ten when behind on all three scorecards.

Avoiding the bigger guns in the division for three years, Foreman was only fourteen months shy of his 50th birthday when he lost to Shannon Briggs in 1997.

Briggs’ win had a hollow feel to it as by now Foreman had been stripped of all his title belts. The success, however, did lead Briggs into giving the number one heavyweight his right of passage. 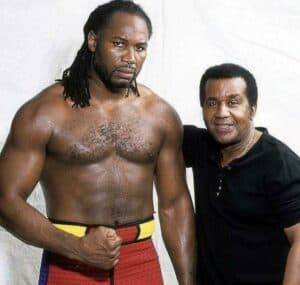 Lennox Lewis stepped up and took his chance, putting Briggs on the canvas three times before ending the fight in five rounds.

Lewis embarked on a six-year run, which went parallel with becoming undisputed. That’s apart from a brief blip when Hasim Rahman came along.

Revenge was sweet for Lewis later that year. The Londoner then retired in 2004 after victories over Tyson and Vitali Klitschko.

Another spell on the sidelines then followed for the crown.

In 2006, Vitali’s brother Wladimir Klitschko unified the division. But it wasn’t until years later that the Ukrainian found himself elevated as the lineal champion.

A decade of destruction and despair in the division took hold as Wladimir could not become undisputed due to his brother holding the WBC strap. This scenario led to many debates surrounding Klitschko’s lineage, although Tyson Fury came along without disputing those credentials.

Fury ripped away the tag to make it his own via a bamboozling display in Germany. Only depression and addiction, when failing to come to terms with his achievement, could stop his progress.

The treatment of Fury by the sanctioning bodies got continually questioned until 2018. But three years on from his Klitschko win, Fury has cemented his place at the top of the heavyweight tree.

An enthralling draw against WBC belt-holder Deontay Wilder in 2018 followed up with an even better display in 2020.

Wilder was beaten up and stopped by the lineal champion in seven rounds at the MGM Grand in Las Vegas.

A rematch 2o months later enthralled a massive crowd at the T-Mobile Arena across the strip. Wilder and Fury shared multiple knockdowns in one of the greatest heavyweight battles of all time. 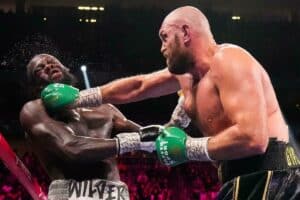 An eleventh round stoppage of Wilder secured Fury’s place as the number one, but both men’s efforts entered the history books.

Oleksandr Usyk emerged as a danger to the crown in 2022 after convincingly defeating Fury’s UK rival Anthony Joshua.