Knockdowns, drama and a tied up glove as Luis Ortiz beats Charles Martin

In a back and forth battle that topped a five-fight all-heavyweight pay-per-view, Ortiz (33-2, 28 KOs) recovered from two knockdowns.

Eventually, he was able to earn the TKO over the former heavyweight titleholder Martin (28-3-1, 25 KOs).

The fight got off to a hot start in round one, with Martin landing a bruising left hand to the side of Ortiz’s head that sent him down late in the frame.

While Ortiz was able to regain his composure and do effective body work and snap his jab, Martin struck once again at the end of round four, landing a hard jab with his right hand that put Ortiz down for the second time in the fight.

“I was very focused during this fight,” said Ortiz. “I was never worried. My trainer just told me to keep working the jab. That’s what I was able to do.”

In a battle of gargantuan southpaws, Ortiz landed the left hand that ultimately decided the fight. He connected on a counter early in round six that immediately dazed Martin, who looked potentially out on his feet.

Ortiz quickly followed up with a flurry and scored the knockdown, leaving Martin with his glove tied up in the ropes.

“It was very difficult going southpaw against a southpaw,” said Ortiz. “At the end of the day, my intelligence won the fight.” 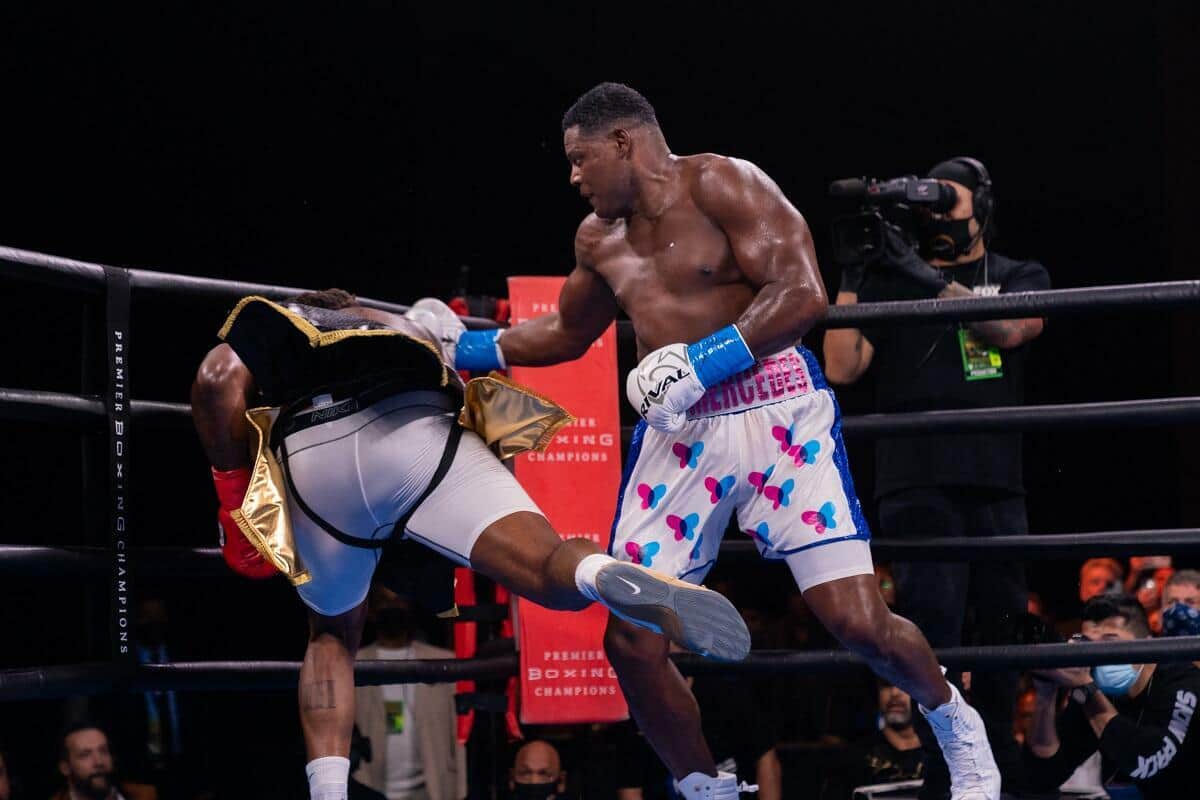 Martin rose to his feet and looked to hold on with over two minutes left in the round. But Ortiz was relentless in his attack and eventually forced referee Frank Santore Jr. to wave off the bout 1:37 into round six.

Despite trailing on all three scorecards coming into the final round, Ortiz landed an impressive 57 percent of his power punches. That included 19 of 23 in round six, according to CompuBox.

“I maintained faith the entire time,” said Ortiz. “But I knew I had my family and these fans behind me.

“I told everyone that this fight would be fireworks. He knocked me down, but then I finished him.

“I respect him a lot, and now I’m coming after every heavyweight in line for the title.”