Heavyweight contender Frank Sanchez is ready to show the world his improvements under the guidance of Canelo Alvarez coach Eddy Reynoso.

Sanchez, an undefeated Cuban with power to rival many, faces Christian Hammer this weekend after a late opponent change.

Carlos Negron was due to be in the opposite corner. However, Negron had to pull out, and Hammer gladly stepped in.

No matter who lines up against him, Sanchez aims to steal the spotlight from Luis Ortiz and Charles Martin on top of Pay Per View billing.

“After joining with my trainer Eddy Reynoso’s team, I’ve learned so much under his tutelage,” pointed out Sanchez.

“It’s put me in a position to give a great performance Saturday on pay-per-view.

“We trained hard, and we prepared to fight anyone who would be stepping in against me.

“I was ready for Negron, but I’m going to be ready for anyone standing there in front of me. 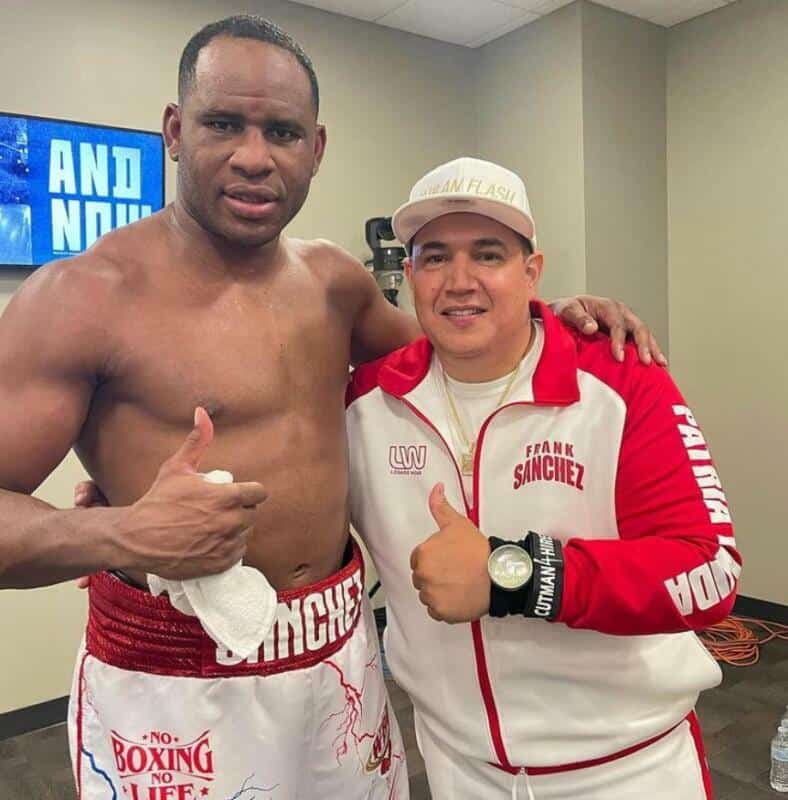 “Christian Hammer is a good fighter, and I’m going to be ready for him. That’s what we train for.

“The opponent doesn’t matter if you’ve prepared to 100% of your ability.

“If I win on Saturday, I feel like I’m going to keep moving up and facing tougher competition.

“I believe I’m going to be ready for the world title fight next year.”

Hammer, a heavyweight who has faced WBC champion Tyson Fury in the past, will be no pushover for Sanchez early on.

The German is ready for an unexpected opportunity to fight in the United States.

“I was with my team here in the U.S. already, supporting my teammates Viktor and Ali when I got the call about this fight,” he said.

“I was having a great training camp with them, so I was ready to take this fight.

“It’s my job to take these fights. I’m going to do my job and give everyone a good fight on Saturday.

“I know Sanchez is a good fighter, but I’ve faced a lot of good fighters. We’ll see what he’s made of.”