Former two-weight world champion Marcos Maidana is fighting an Argentinian YouTuber in an exhibition fight portrayed as reality next year.

That’s according to Yao Cabrera, an ‘influencer’ with over six million followers on Instagram.

Maidana was due to face kickboxing legend Jorge Cali until the fight got postponed more than once during the pandemic.

In a shocking turn of events, Cali died last October in a hotel room while promoting a boxing show with Maidana.

At the time, Maidana said: “Thank you for the teachings you left us, friend. We are not going to lower our arms. We will take Chino Maidana Promotions to the top in your honor. And we are going the way you left us.

“You will always be present in our hearts, Broken hearts. RIP.”

Now, just two months on, Maidana is ready to stick it to a vlogger who says there has been with his son. 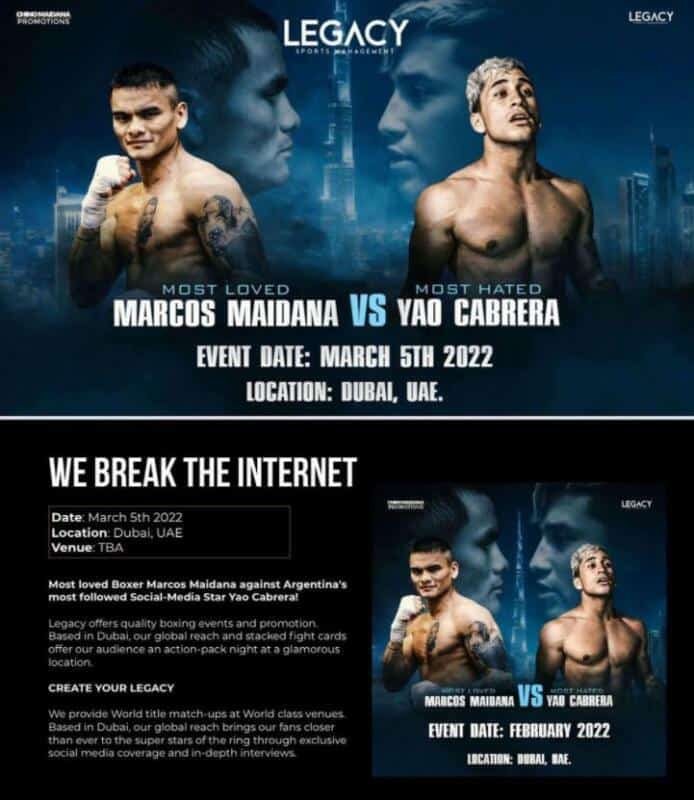 Cabrera stated to his considerable following: “I want to tell you that I will be fighting Marcos Maidana in Dubai in March.

“Although I am not a professional boxer, I already started a super demanding training [regime] to get to the fight in the best way.

“Many of you may think this is a fixed fight. But the truth is that it is all REAL.

“In the past, I had some differences with Chino and his son. I decided to resolve this conflict in a ring (I am crazy, I know).”

Adding that charity will benefit from the event, Cabrera stated: “The best of all this is that everything I win in this fight I am going to donate to help foundations, which need it.

“I hope that those who love me support me and for the usual haters watch it on TV.”

A press conference got held earlier this week where it seemed both men were playing around on the so-called ‘differences.’

Maidana, who fought Floyd Mayweather twice before a long retirement, looked pleased to be back under the lights throughout.

The exhibition is due to take place on March 5th.