World Boxing Council President Mauricio Sulaiman has explained the complicated situation at lightweight that led to confusion over who was the real champion.

It comes after Vasiliy Lomachenko, a two-time Olympic champion and a world champion in three different divisions, was elevated to ‘Franchise’ ruler.

Sulaiman attempted to confirm who holds what title but stated that two tags still exist at 135 pounds.

He said: “The lightweight division one was completely messed up about two to three years ago.

“Mikey Garcia, who held the WBC world championship, asked permission to fight over the weight. While that was happening, The WBC ordered a series of elimination fights.

“Some of them did not occur for a variety of reasons. Finally, they accepted the request to sanction an interim championship between Devin Haney and Zaur Abdullaev, in which the first of them was the winner.

“Mikey decided to vacate the championship and continue fighting in welterweight.

“Lomachenko, as WBO and WBA champion, asked for the opportunity to dispute the WBC vacant belt. This was an unprecedented request, which we unanimously accepted. Thus he conquered the Green and Gold Belt by defeating Luke Campbell.

“The lightweight division turned to be the one to watch.

“Haney was WBC interim champion, Teofimo Lopez had the IBF crown, Gervonta Davis with the WBA title, and Ryan Garcia became known as a great promise.

“Lomachenko, through his Top Rank company, petitioned the WBC for the franchise designation. This was accepted, thus supporting the ultimate unification of the four belts against Teofimo Lopez. 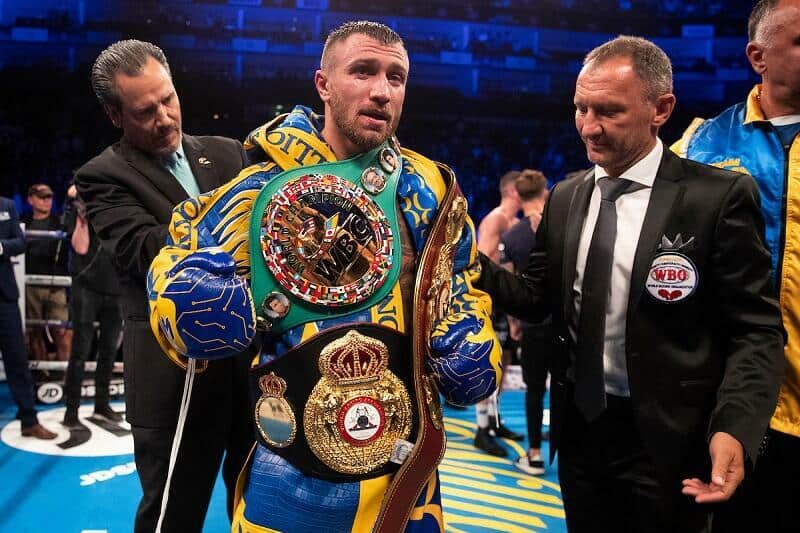 “At the same time, Top Rank requested that the winner of said main fight be considered for the franchise. Giving a change to the concept and adjusting the recently created rule allows said designation to be put at stake in the ring.

“The activity in the division boomed, and so many great fights happened throughout this process.

“JoJo Díaz did the same on Fortuna and was projected to fight vs. Haney.

“George Kambosos, from Australia, surprised all by defeating Lopez to be the champ and take the franchise designation.

So here we are. Any clearer?