Alternative theory emerges despite Tommy Fury ‘pulling out with injury’

An alternative theory has arisen despite news filtering out on Monday that Tommy Fury has pulled out of his fight with Jake Paul injured.

Showtime will release further information on the fact Fury is no longer facing Paul on December 18. Linked to a rematch since is Tyrone Woodley.

Now, the press confirmation is likely to suggest an injury or an illness. However, speculation is rife that there could be another reason.

Paul has reportedly refused to undertake drug testing for the bout, leading the rumor mill on that score. Many of those discussing the cancelation on social media believe that Paul not allowing random testing for the clash may have been the real reason.

Add to that, Paul complaining that Fury wasn’t sufficiently promoting the fight himself, and you have the perfect storm for scrapping the event.

Paul said during a heated build-up: “I think Tyson should get paid Tommy’s purse because he’s promoting the fight more than Tommy is.

“It’s nice to have somebody on the other side of the promotion who actually has a following because I’ve been promoting all of these fights by myself.

“Finally, Tyson Fury steps up to the plate and does some promoting. I’m sick and tired of carrying promotions myself, so thank you, Tyson. I tip my hat to you.

“Another payday. Another speed bump on the way to becoming a world champion and the biggest prizefighter in the world.”

As they exchanged words, Fury aired his reasoning on a lack of smack talking on his part.

“I’m not engaged in all this. I’ve not been on Instagram because I don’t care. I don’t care what he says, does, or thinks. 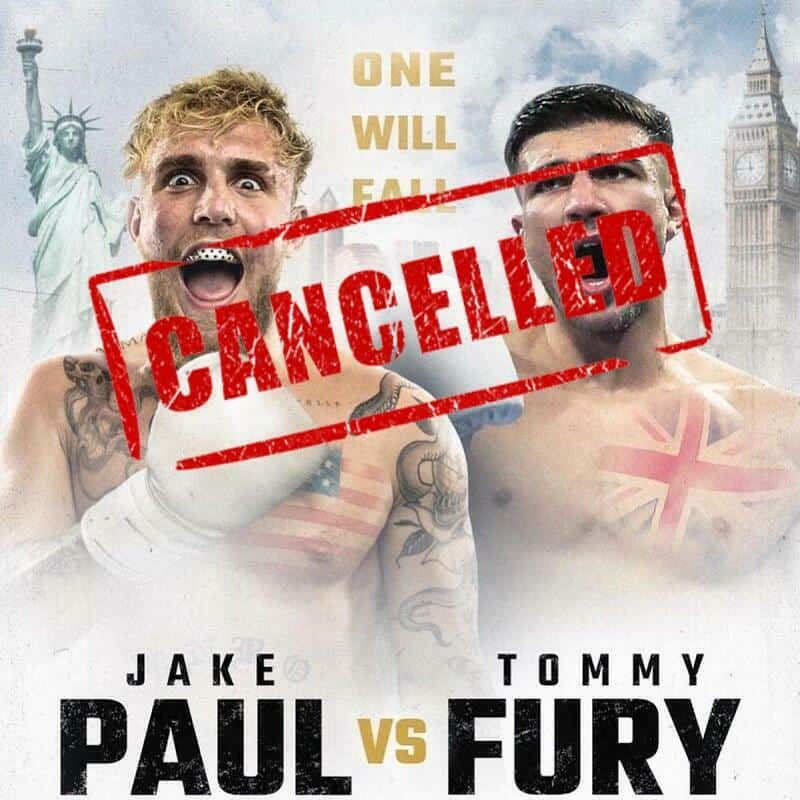 “It’s not important because when he jumps through the ropes on December 18, and he realizes I’m not a YouTuber, I’m not a basketball player, I’m not a wrestler, I’m not a UFC fighter.

“He gets hit with a nice sharp jab square in his jaw. He’s going to be thinking, ‘What have I signed myself up for here?'”

It’s all academic anyway, as the fight is unlikely ever to occur given the circumstances that have transpired. Paul undoubtedly won’t appreciate Fury negating on his side with just twelve days to go.