Advertisements
Home » Amir Khan vs Kell Brook ‘exhausting’ to make, ‘we see why it didn’t happen’

Amir Khan vs Kell Brook ‘exhausting’ to make, ‘we see why it didn’t happen’

Ben Shalom, the founder of BOXXER and current CEO of the company aligned with Sky Sports, has revealed how tough it was to make Amir Khan vs. Kell Brook.

Egos were front and center for the 149-pound catchweight clash as Khan and Brook ended seven years of UK fans’ frustrations by agreeing on a 2022 date.

Despite the fight getting over the line, the consensus among the British contingent is that the encounter is far too late. Nonetheless, it’s on Pay Per View from Manchester in February, and many will be intrigued to tune in.

Shalom, discussing how he finally did what Eddie Hearn couldn’t do, explained the situation.

“I think we’ve just seen why this fight never happened,” stated Shalom. “The past five months have been exhausting with both teams to try and get this over the line.

“Now it’s done, it’s a dream come true. We’ve got two icons of the sport and the two best welterweights in this country by a long way. I think people forget that.

“This is a massive fight for us to be involved in, and I want to say thank you to the fighters because they had offers from everywhere, but both of them wanted it to be in the UK and to have it at the Manchester arena.

“But this fight just meant too much to both fighters. This is more than world titles – this is legacy. 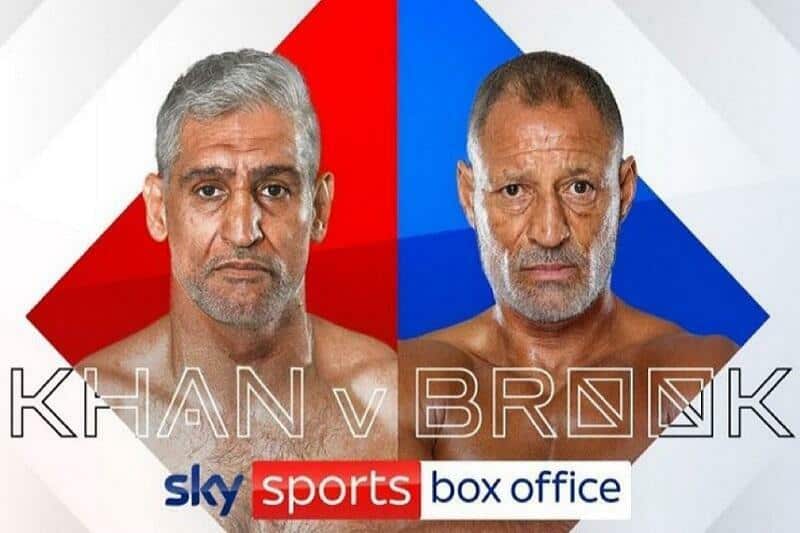 Brook is glad to have finally sealed the chance to punch Khan in the face for money.

“It’s been so frustrating for me. I’ve wanted this for many years,” said Brook.

“He’s never given me respect. He’s never acknowledged me, and he’s always run away. Now at this part of his career, there’s nowhere else for him to run, so now he wants to fight.”

Khan added: “There were huge deals on the table. Dubai was interested in the fight, Saudi Arabia too, but we wanted to have it in the UK, and to have Sky on board is amazing.

“And to be in Manchester Arena where I have had some great experiences is great as well.”