Talk of the United Kingdom’s version of Floyd Mayweather vs. Manny Pacquiao in the first quarter of 2022 is filling the air this weekend.

Amir Khan vs. Kell Brook, the most prolonged drawn-out fight in recent British boxing history, may finally be on the cards for February.

Talks have taken place for some weeks now, as previously reported by World Boxing News, with an unprecedented seven-year impasse potentially ending imminently.

Unlike Mayweather vs. Pacquiao, though – which took place in 2015 a full five years past its sell-by-date – there’s little interest around the world in Khan vs. Brook, let alone the UK.

The Brit rivals should have fought in late 2014 or early 2015. Back then, Khan fought off his initial decline, and Brook had won the IBF welterweight strap impressively against Shawn Porter in the United States.

Khan lost back-to-back against Lamont Peterson and Danny Garcia in 2011-12 but came back defiantly to win five bouts on the spin.

At the time, Brook was two low-key defenses of his title into a run on Sky Sports Box Office. Sadly, promoter Eddie Hearn and Sky Head of Boxing Adam Smith had been unsuccessful in their pursuit of making ‘Special K’ a UK Pay Per View attraction back then.

Brook vs. Frankie Gavin in May 2015, the same month Khan beat Algieri, sold a paltry 139,000 sales. It left Brook looking for a big fight to launch his paid platform career.

There’s no doubting that Khan would and should have been that fight in the third quarter of 2015. However, UK fans were again left disappointed.

Within a year, both got severely knocked out. Khan’s came against Canelo Alvarez in Las Vegas. Gennadiy Golovkin drubbed brook in London.

The duo had attempted to move up in weight when they should have done all they could to fight each other.

Six years later, and the pair’s careers have nosedived to the point where a tiny fraction are clamoring to see them trade blows.

The clash has gone from a potential Wembley Stadium headliner to a filler fight at an arena. But that won’t stop UK organizers from attempting to put the fight on PPV exclusively in the UK. 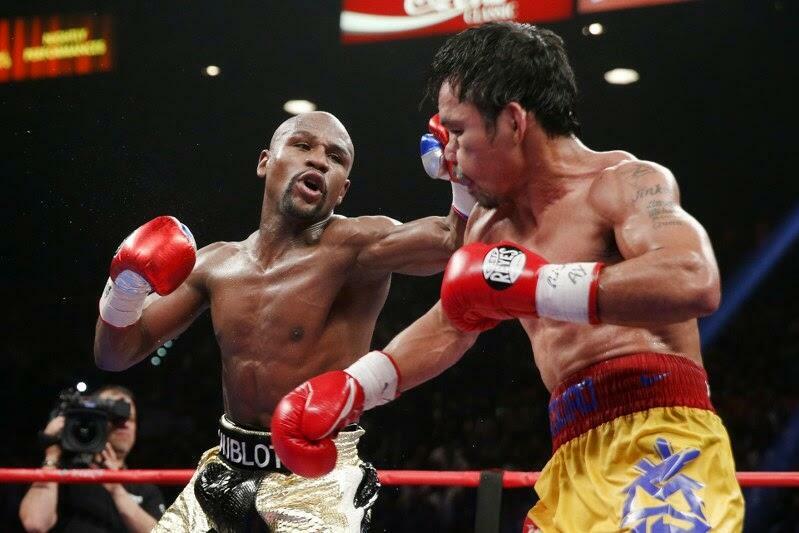 It’s similar to when legends Floyd Mayweather and Manny Pacquiao competed in their blockbuster in 2015.

This time around, don’t expect Khan vs. Brook to sell even a fraction of what Mayweather and Pacquiao managed to do when breaking the all-time Pay Per View record.