Home » Simply One of The Best Ever, Thank You Manny Pacquiao

Simply One of The Best Ever, Thank You Manny Pacquiao

For any boxing fan in the forties, Manny Pacquiao will have made a lasting impression as arguably one of the greatest of all time.

It’s simply undeniable that Pacquiao accomplished much more than many fighters of his or any generation.

A regular record-breaker, the “Pacman” bulldozed his way through eight weight classes and never let defeat phase him whatsoever.

Early on in his career, Pacquiao suffered two setbacks – both by stoppage. He also got held to a drew. They never deterred him from his destiny.

Pacquiao took the first opportunity he had when he set foot in the US to make a lasting impression and live his American dream. Nothing would stop him. Such was his laser focus on helping the people of his country by becoming a winner overseas.

And boy did he do that!

Fighting at the famous venue fifteen times, Pacquiao became the oldest fighter in history to win a welterweight title in his fitting final appearance.

World Boxing News is proud to have been there to witness it and see the culmination of a career’s effort rewarded yet again.

But Manny Pacquiao trancended sport too. His charitable work outside the ropes and his desire to give back to his own community and beyond is unmatched.

A gentleman, family figurehead, loving husband, and father, Pacquiao is a role model for any young up-and-coming fighter on how to conduct yourself within boxing.

Always seeking out the biggest challenges, culminating in a night both Pacquiao and Floyd Mayweather deserved for their boxing tenure alone in 2015. 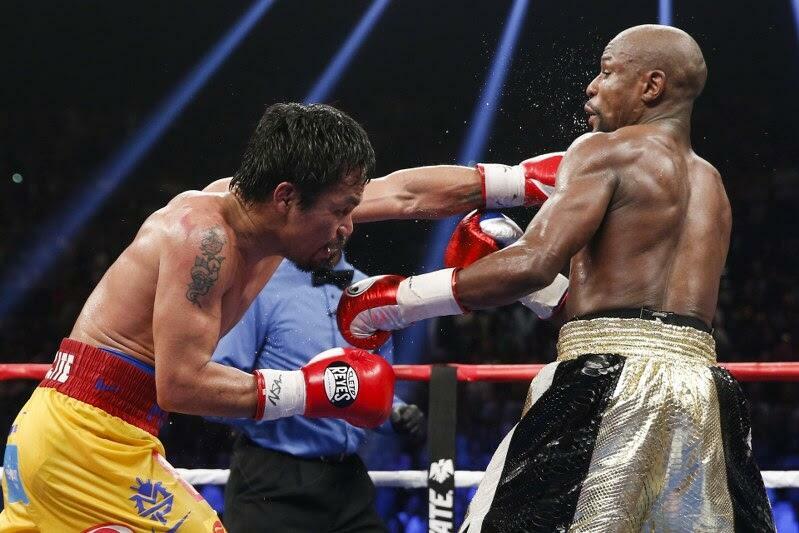 So the contest wasn’t all it was built up to be. Fans and media missed that boat five years prior anyway. That record-breaking night, where over five million Pay Per Views got sold worldwide, was every fan’s way of giving back to Mayweather and Pacquiao for their services to our sport.

There’s an argument that “MayPac” was the final curtain of boxing as we know it too. Things just haven’t been the same since.

Did the sport’s descent begin that night? – It’s a firm debate that could rage years down the line.

For Senator Manny Pacquiao, the journey to the Presidency begins now. Adding his fighting spirit to a Presidential campaign can only mean one outcome in that race.

Retirement may be the final step in the boxing road for Pacquiao. However, 2022 could be the biggest year of his life.

Boxing will miss you.