Advertisements
Home » “Save him from himself, he shouldn’t be fighting” – Holyfield banned in 2005

“Save him from himself, he shouldn’t be fighting” – Holyfield banned in 2005

Evander Holyfield was banned from fighting in 2005 for his own good as the New York State Athletic Commission stepped in for the boxing legend’s safety.

After undergoing a series of nine tests, including brain trauma indicators, Holyfield had no significant health problems. He was ultimately physically cleared, but Stevens recommended that Holyfield not take any further punishment to the head.

It’s thought Stevens based some of his decision on Holyfield’s speech, which had become slurred and his lack of mobility.

At the time, Stevens said: “I’m not looking to end his career if it’s not warranted, but the health and safety of the boxer is the main concern of the state commission.

“To my practiced mind, Holyfield shouldn’t be fighting anymore. It’s the responsibility of the state athletic commission to save a boxer from himself.

“We are the boxer’s last line of defense,” he added.

What makes the ruling all the more shocking is that Holyfield decided not to fight in New York again. He moved his show away from the “Big Apple” instead.

“The Real Deal” fought nine more times, once outside of America in Denmark, losing twice and not getting stopped.

Competing in another 62 total rounds certainly wouldn’t have helped his situation before he finally stepped away from the ring reluctantly in 2011.

Since then, Holyfield has never been far from reports he wanted to have at least another fight before settling for a career outside the ropes. 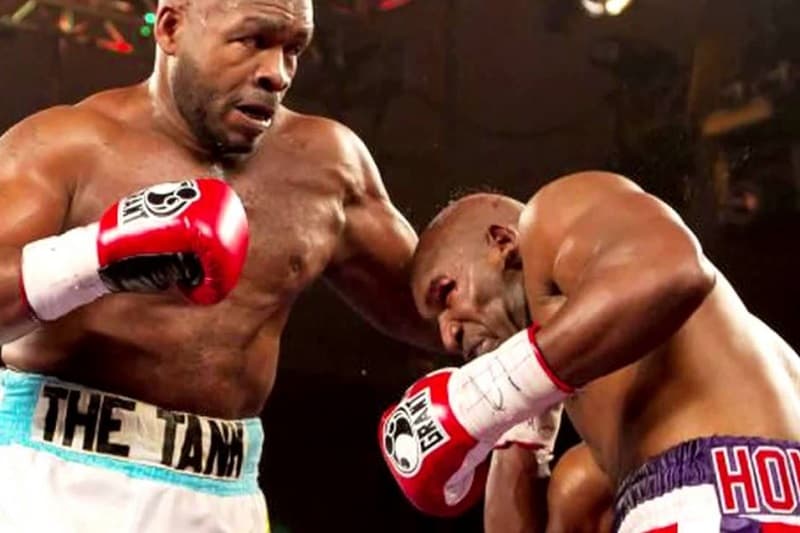 Little did anyone think that the former champ, past his best when undergoing that assessment in 2005, would return sixteen years later at the age of 58.

Triller, making a direct statement to combat worries from fans and media, released the following information about the fight against Vitor Belfort, 44.

“The Florida Athletic Commission has approved the Evander Holyfield vs. Vitor Belfort bout as a fully regulated professional boxing match.

“It will be conducted under the Unified Rules of Boxing. Scored by three judges on the 10-point must system.

“All boxers on this card have successfully met all requirements to be licensed by the Florida Athletic Commission.”

The first part of that information has already been reversed as the fight will not be pro. It’s an exhibition.

Let’s hope the boxing legend comes out of the battle unscathed and can live the rest of his life in a decent state.