“Digget” was injured severely in a 2015 fight with Terrel Williams, suffering life-changing injuries as he fought for his life.

Now, six years on, Colon remains a warrior fighting all the way as his loyal family care for his every need.

But somebody out there has decided to make money from Prichard’s plight. Another horrific reminder of the world we currently live in.

Latin Box Sports warned of the fraud and stated that anyone wishing to donate to the Prichard Colon Fund should go directly through the family.

They said: “Boxing Community, be aware of this. Please do not donate to anyone who claims they support Prichard Colon unless you ask his family first.

“Prichard Colon’s mother [Nieves E Colón] said people are taking her videos of him doing physical therapy. They are putting them on Tik-Tok and different avenues.

“They are raising money for him, but it is for themselves. She said she has never done that, and she has not seen any money from the contributions people are making to these frauds!” 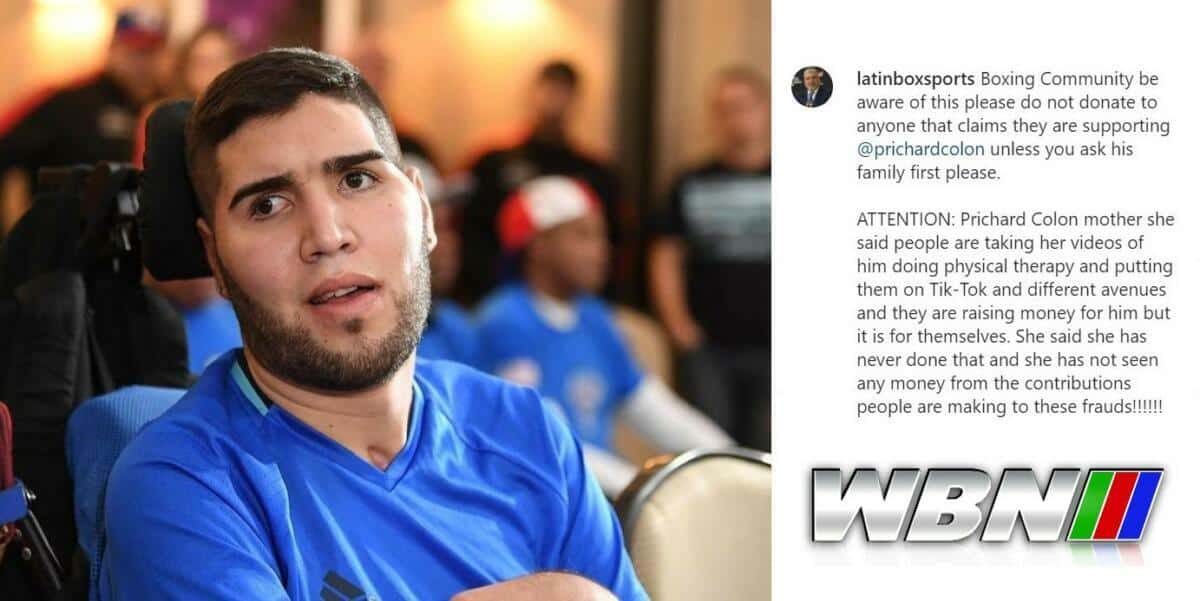 Nieves Colón posts regular updates on her son through a Facebook page, and other family members help Prichard live his daily life as normally as possible.

All those wishing to attend should search for Nieves on Facebook as the concert is linked from there. It’s free to attend for anyone who wants to be there.

WBN was in contact with Prichard before that fateful night that changed everything and helped his brother Ricardo in the aftermath to raise awareness.

Prichard is one of the more fearsome warriors on the planet for what he has fought and gone through in his life. He’s not even 30 years old yet.

By now, World Boxing News firmly believes Prichard would have been a world champion. He’d be enjoying the fruits of that had his career not been tragically cut short and his life altered forever.

Furthermore, those who want to support Prichard in his fight should contact the family. Anyone who sees a scam should also report it.