Manny Pacquiao often takes the limelight from rival Floyd Mayweather when it comes to achievements in weight classes. After all, the Filipino Senator did win bonafide titles in an incredible eight divisions.

The “Pacman” suffered some setbacks along the way in losing three times and drawing twice, one of the pitfalls of starting your career at 105 pounds.

Those unpredictable lower divisions don’t offer much give when it comes to taking full-blown punches on the chin, something Pacquiao found out to his cost at that time.

Undeterred, Pacquiao managed to defy the odds and become a superstar despite those defeats. Unlike Floyd Mayweather, who thrives on the fact he’s unbeaten in 50 bouts.

Now, there’s a significant reason why Mayweather and Pacquiao’s career paths took such a different turn despite turning pro within twenty-one months of each other.

Pacquiao had suppressed his weight to remain at 105 pounds, the lowest weight class of them all. Mayweather, for his money, went full-blown and turned pro at 130 pounds.

The little-known fact tying Floyd Mayweather and Manny Pacquiao’s boxing careers together, though, is the actuality that both began their tenure at the same weight.

For the first six years of his career, from 1987 to 1993 – less than two years before Pacquiao made his debut, both legends shared the same 105-pound division. 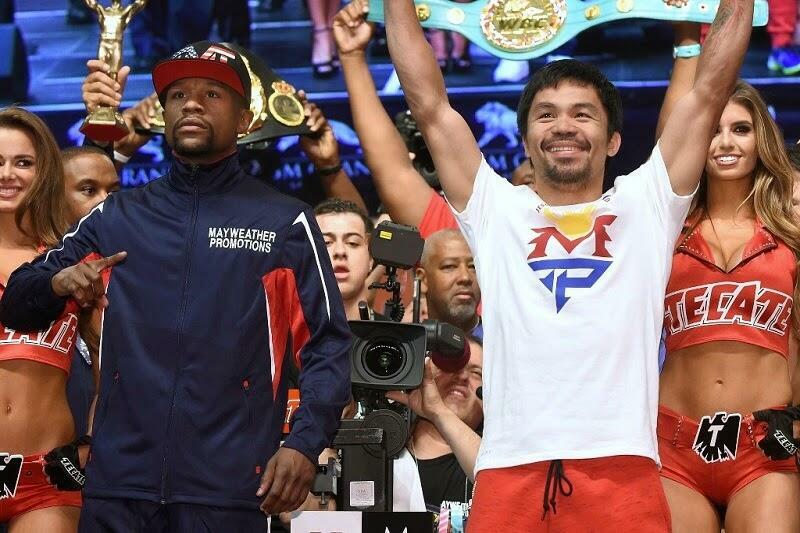 It was Mayweather who decided to jump weight and begin his professional career on a more solid footing. This wise decision ultimately helped Floyd maintain his path undefeated.

In draining weight for each bout, Pacquiao was more vulnerable. It showed at 112 pounds against Rustico Torrecampo and Medgoen Singsurat 3-K Battery.

Knocked out in both, Pacquiao came back each time to claim a world title. Those weight issues raised their head again in 2012 when Juan Manuel Marquez caught him with the punch heard worldwide.

Mayweather never had those problems, coupled with the fact nobody barely touched him in the ring due to his exceptional skills. But dicing with the scales never played any part in it.

When he did lose in the amateurs, it was always on points. Mayweather did the right thing in gradually moving up the weights as his body asked him to. Pacquiao, unfortunately, was possibly too disciplined.

Seven losses later and a win over Errol Spence Jr. still would have opened a debate over who held the best legacy. Despite the disappointment of losing the Spence fight, this notion is a fine testament to a great fighter.

The two best fighters of their generation, who would be in any all-time shake-up discussion and sharing the same timeline, seem highly unlikely to happen again in the future.

Win or loss, it all could end on August 21st in Las Vegas.