Boxing got introduced to their newest wrecking heavyweight ball before he made his Olympic bid and came away with an expected gold medalist from Tokyo 2020.

Now, Bakhodir Jalolov – The Big Uzbek – is on the path to superstardom. The 27-year-old demolished the competition to win the super heavyweight crown in Japan.

Already 8-0 and possessing a one hundred percent knockout ratio, Jalolov is set to strike fear into the hearts of any top heavyweight in the world.

Uzbekistan’s finest then followed it up by beating Richard Torrez Jr. in the tournament’s Final. Jalolov knocked out Torrez Jr. before they met at Kokugikan Arena. The clash was a rematch of their 2019 AIBA World Championships contest.

Jalolov had no trouble overcoming Torrez overall and proudly took the sport’s top Olympic prize home. Fans now await his return to the United States after a deserved rest.

Standing six-foot-six,  he aims to go 9-0 in the coming months. Jalolov will have the spotlight on him considerably more than he did for his previous professional outings. 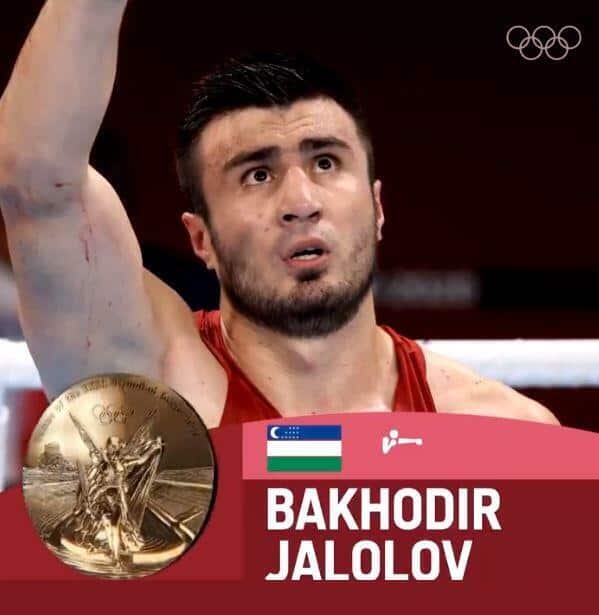 His ranking with all major sanctioning bodies will get a boost as soon as he graces the ring again in anger. It won’t be long before a top fifteen spot is within his grasp.

A world title shot, predicted as early as 2023, would be the cherry on the cake. Whoever has the title better watch their backs.