Mike Tyson let the cat out of the bag earlier this year that a second helping with old heavyweight rival Lennox Lewis was in the works.

According to Tyson, the rematch battle of two undisputed champions was due to take place in September. However, WBN can reveal that it will not be taking place in that month anymore.

Just four weeks remain until September comes around. This scenario means if the pair are to trade blows again, it will be later in the year or even in 2022.

Tyson made a return to the sport after more than fifteen years late last year when he fought out an exhibition draw with Roy Jones Jr. The event was due to be the first of many comeback bouts for Tyson.

Not so, as “The Baddest Man on the Planet” severed ties with Triller in a row over money. His own “Legends Only League” has also stalled.

Lewis got targeted by Tyson after another former opponent, Evander Holyfield, became out of reach. “The Real Deal” is locked in a deal with Triller, which Tyson wanted no part of anymore. 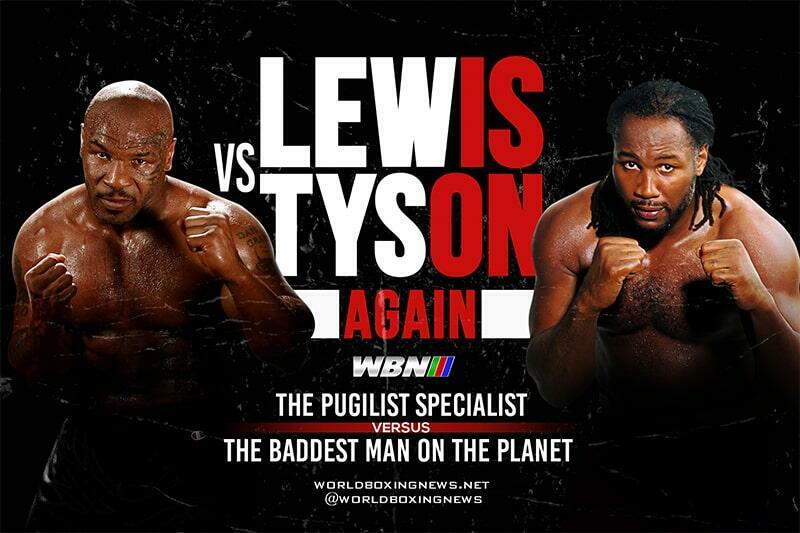 Therefore, Tyson broke away and saw Lewis as the ultimate foe. Lewis famously humbled Tyson via knockout when they belatedly met back in 2002.

Way past his best, Tyson was never the same after returning from prison and going on a money-making tour to secure his future. Lewis was the final part of that scheme.

They made a massive amount of money on the first collaborated Pay Per View between Showtime and HBO. But by that time, Tyson had no shot at beating Lewis.

With one fight behind him and Lewis remaining out of the ring for almost two decades, Tyson will hope that could change in the future. But judging by how these exhibitions play out, there’s unlikely to be any knockout or tangible result to speak of anyway.

It’s more the nostalgia of seeing the greats give it one more shot, or in Tyson’s case, more than one. On the other hand, Lewis always stated he wouldn’t say no to a massive payday to return.

Whether it takes place in the coming months remains to be seen. However, a promised September collision is firmly off the menu.