The long-time friend and coach of Manny Pacquiao admitted he’s unsure whether the eight-weight legend’s last fight will happen this month.

Buboy Fernandez, a man always by the Filipino Senator’s side, could not confirm if Pacquiao would retire after facing Errol Spence.

A combination of inactivity and turning 43 in 2021 led to speculation that Pacquiao may be ready to hang us his gloves.

Speaking from camp in Los Angeles, Fernandez shied away from any confirmation.

“I can’t decide if this is going to be Manny’s last fight. Only he can decide if he wants to continue his legacy or not. If it were up to me, I’d want him to fight one more time in the Philippines for his people. It’s all up to Manny, though,” said Fernandez.

“Obviously, there is a different Manny because of his age, but his mind is always on the sport. Before we arrived in the United States, we had already been sparring and training in the Philippines.”

On the Spence battle, which could see Pacquiao win another two world titles, Fernandez added: “I was very excited when I heard about this fight because Errol Spence Jr. is a great fighter.

“I was only surprised because Manny hasn’t fought in two years. But I knew right away that this is going to be an exciting fight.

“The team has been very happy with Manny’s performance in camp. The conditioning is going perfectly, and we need to continue. This is going to be 100% Manny Pacquiao on August 21.

“I have respect for Errol Spence Jr. He’s a good fighter and a world champion. We know we can’t underestimate him. He’s an intelligent fighter, so we know Manny has to be 100%.

“I think this is going to end up being a great toe-to-toe fight.” 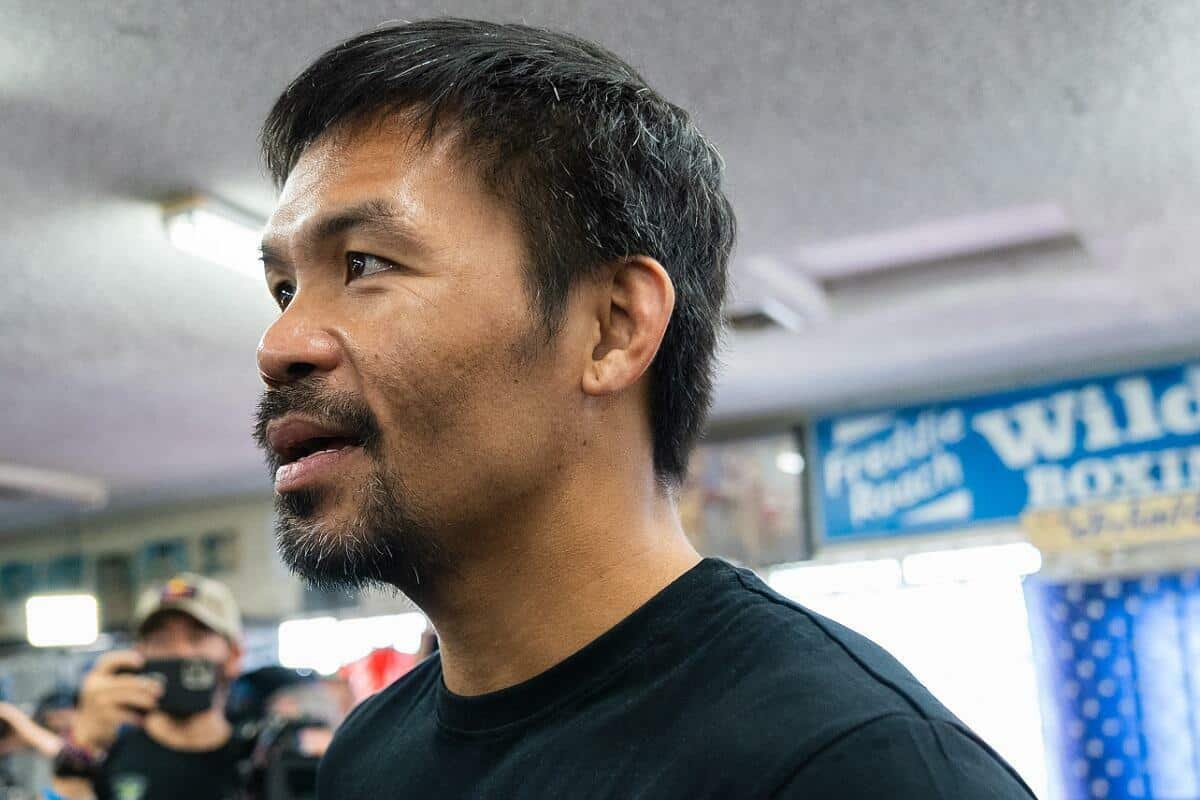 Manny Pacquiao could battle Yordenis Ugas if both come through their respective bouts in Las Vegas. Ugas recently got added to the undercard, and Pacquiao has a grievance with the Cuban.

WBA chiefs gave Ugas Pacquiao’s belt and blamed it on inactivity. This unfathomable decision ended any chance of Pacquiao vs. Spence being a unification.