Top Rank has a pair of fall cards already set, but they are just the start of what chairman Bob Arum said will be a very busy finish to 2021 for his company.

The two events already announced are on Sept. 10 in Tucson, Arizona, where newly crowned junior lightweight world titlist Oscar Valdez will make his first defense in his childhood hometown against unbeaten amateur rival Robson Conceicao, and on Oct. 9, when heavyweight champion Tyson Fury and former titlist Deontay Wilder meet for the third time in a rescheduled bout that Top Rank is putting on with Premier Boxing Champions as a joint ESPN/Fox Sports pay-per-view.

But Arum outlined for World Boxing News a rough schedule of what he and his staff are working on beyond those two events. They’ll all air on an ESPN platform in the United States and on Sky Sports in the United Kingdom and Ireland. Top Rank recently finalized a deal with Sky Sports to carry all of its shows, an agreement that runs concurrent to its existing contract with ESPN that expires in August 2025.

“He’s fighting Salamov. He’s obligated to do it,” Arum said.

A Smith victory could lead to a much bigger fight in the first part of 2022 against Brooklyn, New York’s Daniel Jacobs, a former middleweight titleholder.

There were discussions before Smith’s title win and a successful defense by unified titleholder Artur Beterbiev, who is also with Top Rank, in March that they might fight each other in the fall if they both won. The fighters expressed interest in unifying, but they will go in different directions for the time being.

DeGuardia told World Boxing News that while Smith would still like to face Beterbiev, the mandatory comes first. And then, if Smith wins, they view a fight with Jacobs as bigger commercially than one against Beterbiev.

“Everybody is going to be gunning for Joe,” DeGuardia said. “If Joe beats Salamov, who’s a lot bigger at 6-foot-4 than (the 6-0) Joe, we would look at Daniel Jacobs. There would be a very good likelihood of that being next.” 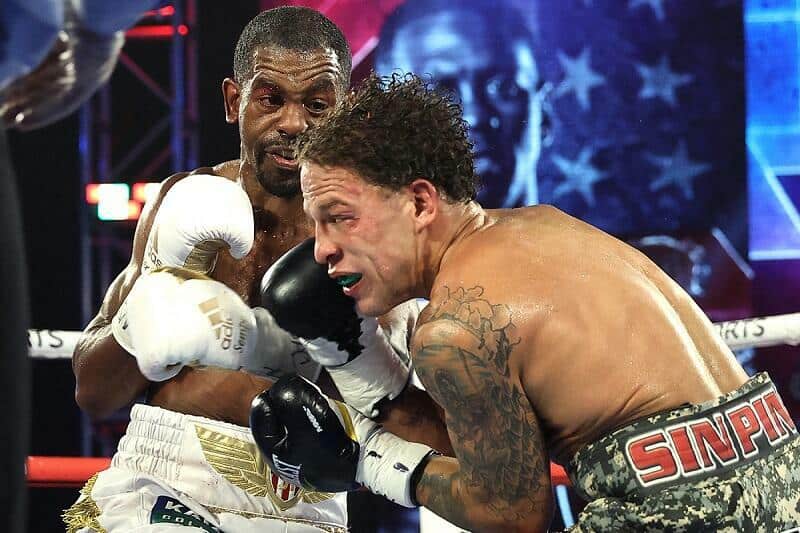 Nov. 13 is the date penciled in for junior lightweight world titlist Jamel Herring to make his mandatory defense against interim titleholder Shakur Stevenson. They are close to a deal for the bout, which will take place at a site to be determined.

Herring (23-2, 11 KOs) is coming off the most impressive victory of his career. He knocked out former two-division titlist Carl Frampton in the sixth round of a title defense in Dubai on April 3.
Herring was able to fight Frampton because even though the mandatory defense against Stevenson was due, Stevenson agreed to step aside to allow it to happen as long as he got the next shot at the belt.

But former featherweight world titlist Stevenson (16-0, 8 KOs), who knows Herring and his team well, didn’t want to sit and wait for the fight, so Top Rank matched him with South Africa’s Jeremiah Nakathila for the vacant interim belt on June 12 in Las Vegas. Stevenson dropped Nakathila in the fourth round and won a shutout decision.

On Nov. 20 or Nov. 27, undisputed junior welterweight world champion Josh Taylor (18-0, 13 KO), who unified all four major titles via unanimous decision over Jose Ramirez on May 22, will return home to a site to be determined in Scotland to make a mandatory defense against Jack Catterall (26-0, 13 KOs), a southpaw from England, who stepped aside to allow the Taylor-Ramirez fight to take place with the promise he would get the first shot at the winner.

With its new deal with Sky Sports, Top Rank plans to put on cards more regularly in the U.K., where they will take place in prime time and in the late afternoon or early evening for the United States audience.

“We had to sign a document, all of us, that whoever won (Taylor-Ramirez) would fight Catterall,” Arum said. “It’s going to happen in November. It will be carried live on Sky and in the afternoon in the United States, and there will be a good, solid undercard with it. There’s a natural rivalry with a Scot against a Brit.

“We have it approved by ESPN and Sky, but we have to get (a venue) that fits that date, but it will be at the end of November, either the 20th or the 27th.”

Top Rank will be working with British promoter Boxxer on U.K.-based events to help with the logistics and undercards. Arum said a probable candidate from the Top Rank stable to appear on the show is Irish welterweight prospect Paddy Donovan (6-0, 4 KOs).

Arum said a third card that could take place in November is a potential pay-per-view fight between welterweight titleholder Terence Crawford (37-0, 28 KOs) and former two-time world titlist Shawn Porter (31-3-1, 17 KOs), who last week was ordered by the WBO to meet in a mandatory bout. Both fighters want the fight, but it is not made yet. If no deal is negotiated between Top Rank and Porter’s team at TGB Promotions and Premier Boxing Champions, it will go to a purse bid. If they make a deal, the fight could headline a joint ESPN/Fox Sports PPV.

Arum said although there had been some discussion with former unified junior welterweight titlist Jose Ramirez’s team about his return from the loss to Taylor in November, he said Ramirez (26-1, 17 KOs) probably would get moved back.

“There are only a certain number of weekends in November,” Arum said. “(So he will probably move to) December or even January.” 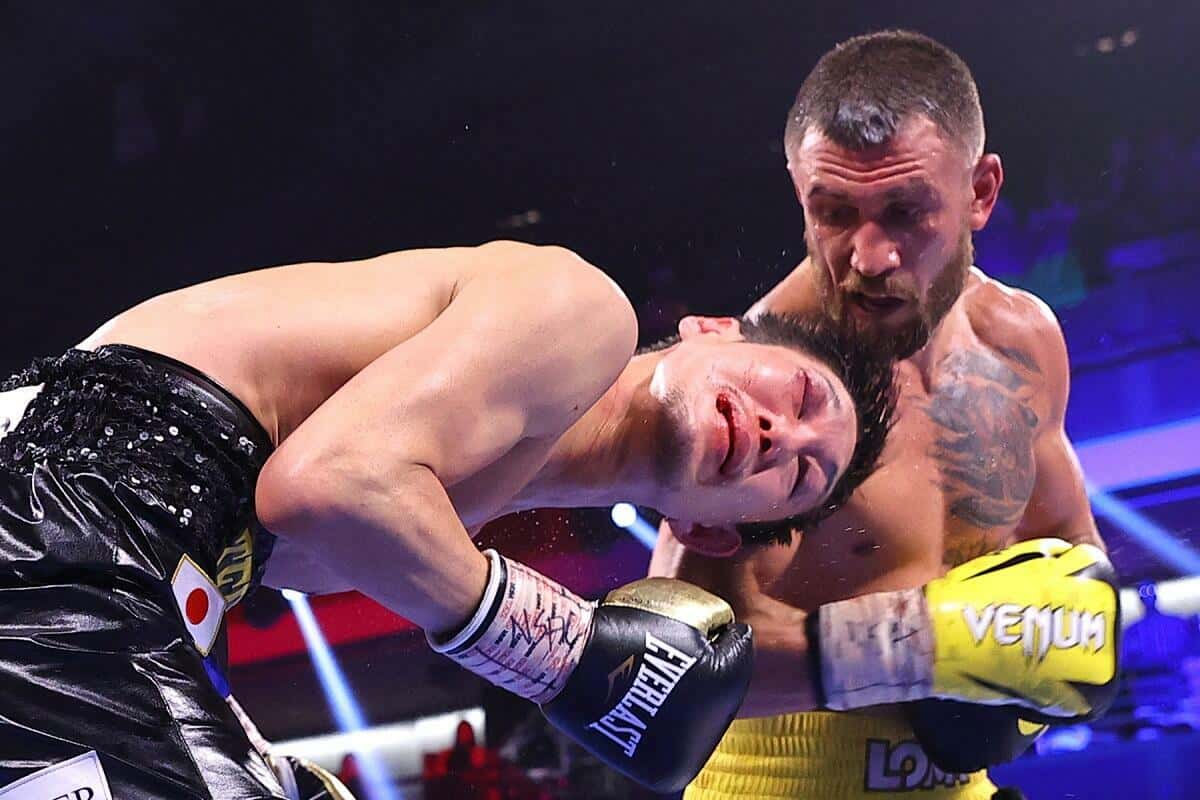 Arum said Top Rank would have a card on Dec. 11 as it continues its recent tradition of putting on a major show at Madison Square in New York on Heisman Trophy night. A few blocks away from the Garden, and immediately before boxing, ESPN will televise the Heisman awards ceremony that honors college football’s best player.

He lost his unified lightweight world titles to Teofimo Lopez in October but bounced back for a very impressive and one-sided ninth-round knockout of Japanese contender Masayoshi Nakatani on June 26 in Las Vegas.

Super middleweight knockout artist Edgar Berlanga (17-0, 16 KOs), a Puerto Rican from Brooklyn and one of boxing’s most exciting prospects, is due to fight on the Fury-Wilder III undercard on Oct. 9. But if he comes out of that fight healthy, Arum said he would fight in the Dec. 11 co-feature.

He knocked out his first 16 opponents in the first round until being forced to go the eight-round distance against Demond Nicholson, whom he dropped four times, in a one-sided decision on April 24.

Arum has big plans for Berlanga. He and Berlanga’s team have discussed a four-fight plan that starts with the Oct. 9 appearance and then the one on Dec. 11. The third fight would likely be for Berlanga to fight in Puerto Rico in March and then return to New York to headline at Madison Square Garden in June on the weekend of the annual Puerto Rican Day Parade.

“He’s one of our rising stars,” Arum said. 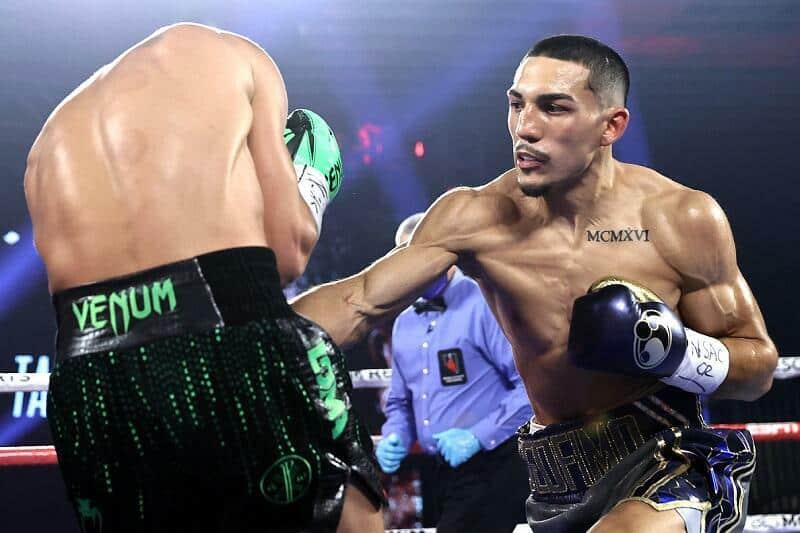 Unified lightweight world champion Teofimo Lopez was due to fight Australia’s George Kambosos Jr. in the main event of a Triller Fight Club pay-per-view card on June 19, but it was postponed when Lopez came down with Covid-19 about a week before the fight. There have been issues rescheduling the fight, which Triller won at a purse bid with a shocking offer of $6.018 million, and lawyers are involved trying to work things out for when and where it will take place.

It could be on a Triller Fight Club pay-per-view in September. Arum, Lopez’s promoter, said there should be a resolution in the next week or so. However, if Triller can’t work out the new date and defaults on the purse bid, the promotional rights would fall to second-place bidder Eddie Hearn of Matchroom Boxing, who offered $3.506 million.

“Triller said, ‘We’ll do the fight in the United States in September.’ The Lopez team will go along with that, particularly if Triller puts up the money,” Arum said. “Teofimo will wait until September. If they default and then Eddie is up, he’d have to do it in September. I don’t think Eddie will be involved, and it will fall to us.”

Top Rank bid $2.315 million. A Triller default would result in it losing its 20 percent deposit of the winning bid, which would go to the fighters.

“We’ve talked to ESPN, and they’d give us a special date, an additional date, in September to do that fight,” Arum said.

Dan Rafael is the lead boxing contributor for World Boxing News. Follow Dan on Twitter @DanRafael1. Dan Rafael is a full member of the Boxing Writers Association of America.