With the WBO pulling a surprise last week by ordering welterweight titlist Terence Crawford to make a mandatory defense next against former two-time world titleholder Shawn Porter it appears as though Crawford will finally get a chance to fight a top opponent in the division and that Porter will get another high profile fight he has wanted.

Both sides sound as if they want to make the fight.

“The way we plan to approach it is the first thing we’re going to do is talk with Porter’s (team) at PBC and see what they want to do,” Arum exclusively told World Boxing News. “Do they want to do it jointly? We’re doing a fight jointly Oct. 9 (for the rescheduled Tyson Fury-Deontay Wilder third heavyweight title fight). We’ll have to see where they stand on it and then they’ll talk to Porter, we’ll talk to Crawford and try to put it together.

“I know Porter wants the fight because I had a nice conversation with his father (and trainer Ken Porter) a couple of months ago about that fight.”

Brian “Bomac” McIntyre, who is Crawford’s manager and trainer, also embraced the WBO’s order and was excited for his fighter to get an elite 147-pounder to fight at long last.

“It’s go time. Now there will be no doubt that Bud is 147-pound supreme,” McIntyre also told World Boxing News. “After beating Porter we want the winner of (Errol) Spence-(Manny) Pacquiao.”

Spence is set to defend his two welterweight world title belts against Pacquiao on Aug. 21 in a PBC/Fox Sports pay-per-view main event at the T-Mobile Arena in one of the year’s biggest fights.

But will Crawford-Porter get made? McIntyre is confident. “It will get done,” he said.

In the letter the WBO sent to Arum and TGB Promotions president Tom Brown, who represents Porter and handles most of the events put on Premier Boxing Champions, the sanctioning body gave them 30 days to negotiate an agreement otherwise a purse bid will be ordered. The minimum acceptable bid for a WBO welterweight title fight is $200,000, although if Crawford-Porter goes to an auction the winning bid surely would bring several million dollars. 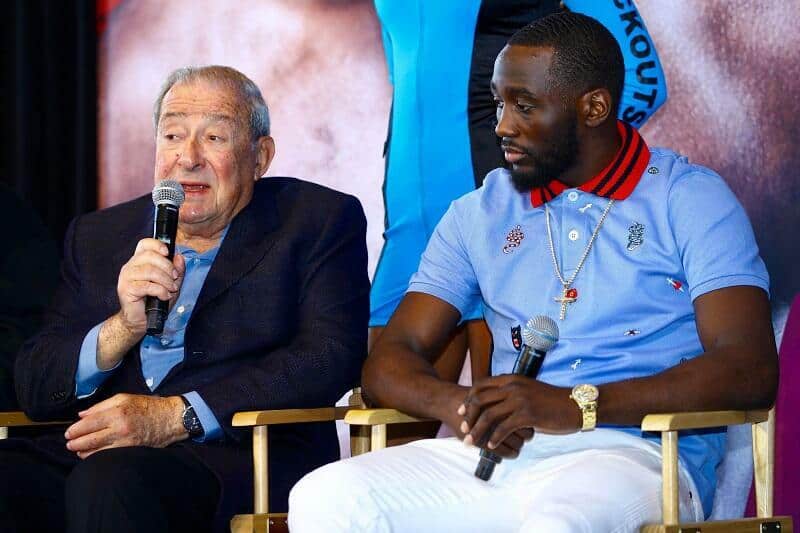 Arum said that will not be necessary, confidently saying, “It’s not going to go to a purse bid.”

He said he is believes the sides will negotiate a deal. A purse bid would be a 60-40 split in Crawford’s favor, so the sides have that as a measuring stick to use in any talks.

Porter and Crawford, who have been friendly for years, have spoken to each other pursuing the fight but nothing ever came of it other than a low-ball offer of $1 million from Top Rank to Porter to do the fight more than a year ago.

Porter wants the fight and when he heard about the WBO ordering it, wrote on social media, “Not something I was expecting, but you know I always stay ready to give the fans what they want. CLOCK STARTS NOW!”

Arum was initially planning for Crawford, who has not fought since knocking out former welterweight titlist Kell Brook in the fourth round in this past November, to return to the ring on Oct. 23 against an opponent to be determined on ESPN. But a fight with Porter would be on pay-per-view, so he said it would likely take place in November.

Arum and PBC boss Al Haymon have been longtime rivals, but they still could have tried to make the fight, be it a mandatory or not. But Arum admitted that having the WBO order the fight makes a difference in the will to make a deal.

“People are strange,” Arum said. “They stay in their own silo until some outside force forces them out of their silo. This is not a knock on PBC. It’s a knock on us also. But It’s one thing for a promoter to do it voluntarily. It’s another thing for promoters to do it voluntarily after they’ve been ordered by an organization to do it. It makes it much easier. Suddenly, it becomes, ‘Hey, that’s not a bad thing to do’ when somebody else is pushing you to do the fight.”

Arum said a few hours before the WBO letter was sent ordering the bout, WBO president Francisco “Paco” Valcarcel called him to let him know it was about to be issued.

“I said, ‘What are you talking about?’ I didn’t even know Porter was the mandatory and he said, ‘Terence hasn’t done a mandatory in two years,’” Arum said with a laugh.

He said he was glad that Crawford’s mandatory was a top fighter instead of an obscure or undeserving opponent.

“Don’t give me these stupid mandatories that are non-competitive fights, and because I have a top champion I have to go and bid the fight and spend shitloads of money for a non-competitive fight,” Arum said. “It sticks in my craw when (the IBF) made (Apinun Khongsong) the mandatory to (junior welterweight champion) Josh Taylor. Luckily, I lost the purse bid and then (Khongsong promoter) Sampson (Lewkowicz) defaulted so I ended up doing the fight and it didn’t go (a round). But this fight with Crawford and Porter is a terrific fight.”

Arum said he thinks Top Rank and PBC likely will do the fight jointly as an ESPN/Fox pay-per-view in a similar manner that they did Fury-Wilder II in February 2020 and how they are working together on the upcoming third fight on Oct. 9, where both sides share the financial risk.

“Whoever does it gets a good fight but saying it’s a really good fight doesn’t necessarily indicate how well it will do on pay-per-view because Terence has excelled in the ring but he hasn’t excelled as a pay-per-view attraction. With this fight we got a shot to do well,” Arum said. “In working with PBC on the Wilder-Fury fight — I’m talking the actual nuts and bolts of the promotion — they are terrific people to deal with and I think they would say the same thing about us. I must say that on the rematch in February (2020) and this (postponed) one the cooperation between the two companies and the two networks has been exemplary. I can’t say a bad thing and I had a terrible taste in my mouth from (the joint Floyd) Mayweather-Pacquiao (fight in 2015).”

Crawford’s fall fight is the last one on his contract with Top Rank and it remains to be seen if they will come to an agreement on an extension or if Crawford will become a free agent. But if they continue to work together and things work out on the fight with Porter, Arum said he would like to work with PBC again on another big fight next year.

“I think what it will do is that if Spence beats Pacquiao, which is probably the case, that the winner of this (Crawford-Porter) fight would be a good matchup next year with Spence,” Arum said.

Spence-Crawford has been a fight fans have demanded for the past few years but has never been seriously negotiated. Spence edged Porter to unify welterweight belts in September 2019 and if Porter beats Crawford a rematch with Spence would make sense also. A Pacquiao-Crawford fight was agreed to a few months ago but fell apart when the investment group from the United Arab Emirates did not deliver the funding when it was supposed to. 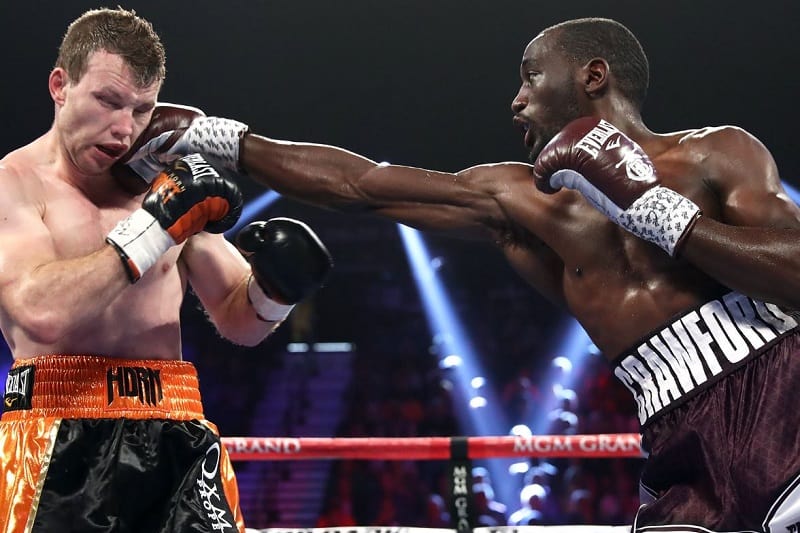 Crawford (37-0, 28 KOs), 33, of Omaha, faced top opponents during his title reigns at lightweight and junior welterweight but he has not been able to land a top opponent since moving up to welterweight and winning the WBO title from Jeff Horn in 2018.

Porter (31-3-1, 17 KOs), 33, of Las Vegas, has fought once since the loss to Spence, a shutout 12-round decision over Sebastian Formella last August, and would be regarded as by far Crawford’s most meaningful opponent since he arrived at welterweight.