Exclusive: Trevor Bryan to AJ, “I’m defending my heavyweight title vs you!”

Trevor Bryan, the current holder of the WBA “regular” heavyweight championship, has fired a stark warning to the “super” ruler Anthony Joshua.

The American, who defeated Bermane Stiverne to claim the strap taken from Mahmoud Charr, says he will make the title defense when they meet next.

Joshua first must come through WBO stipulated challenger Oleksandr Usyk on September 25. That collision, set for London’s Tottenham Stadium, got confirmed a few days ago.

Ahead of his first-ever NFT auction launch alongside NASCAR’s Garrett Smithley on July 23, Bryan spoke exclusively to World Boxing News.

“I’m so excited to be in a position to fight him,” added Bryan.

“We know that Usyk is ranked number for the WBO heavyweight championship to face Anthony Joshua, but the winner of that fight must face me as a mandatory.”

Asked if he was looking forward to facing whoever came out on top, he responded: “Absolutely!”

Bryan discussed the fallout to Tyson Fury’s delayed trilogy against Deontay Wilder. Bryan had consoling words for the Briton.

Fury had faced criticism over the way the fight got postponed. It should have gone ahead this weekend.

“Listen, I’m not sure if I consider the whole Tyson Fury situation a pull-out,” he pointed out. “If the man caught Covid, then they reschedule the fight for another date and time.”

On how the fight will go down when the first bell eventually goes, Bryan concluded: “I believe Fury will win this third fight.

“Overall, Fury is a more technical fighter than Deontay Wilder – in my opinion.”

On who could be next for Bryan, well, anyone in the WBA voluntary positions is in line for a shot at the strap. 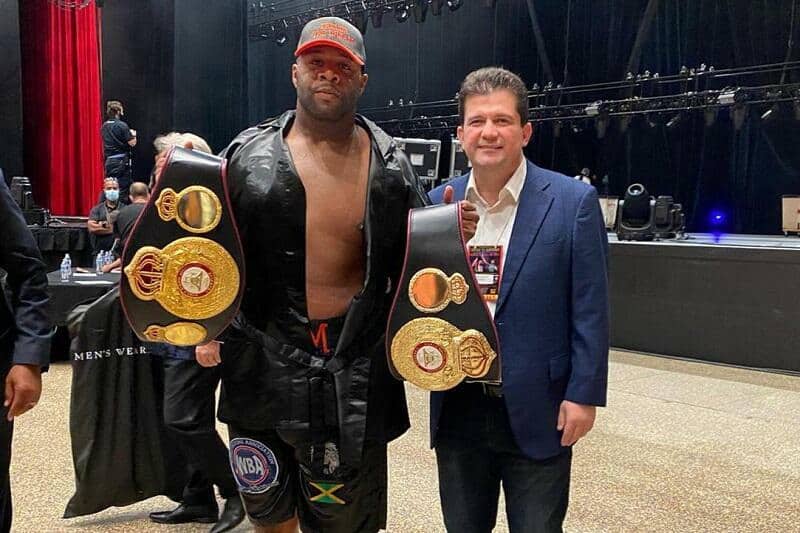 The fifteen contenders are:

Of those listed, only a handful are available and without a fight date. Daniel Dubois, Luis Ortiz, Andy Ruiz Jr, Charles Martin, Agit Kabayel, Zhan Kossobutskiy, and Lenier Pero.

At present, Bryan could lobby with the WBA to face another contender, either due to lack of depth or those listed not accepting an offer.

By the spring of 2022, Bryan will be expecting his fight with Joshua to go ahead, though. Those plans could throw a spanner in the works of any AJ vs. Fury or Wilder blueprint.