Fury contracted Covid-19 alongside several camp members, leading to a spate of self-isolation over the next few days.

This situation means “The Gypsy King” cannot continue training to defend his green and gold strap on July 24th.

New dates of October 9th to October 23rd got bandied around between media members this week. However, the WBC stated September did not get ruled out yet.

“In the coming days, more details of the new date will be announced. It could be September or October, at the same venue.

“Fury and Wilder drew in their first fight, and then in the rematch, the Briton snatched the WBC Green and Gold Belt from Deontay.

“That fight contained a rematch clause leading to a trilogy before the end of 2020, but due to the Covid 19 crisis, it was not possible.” 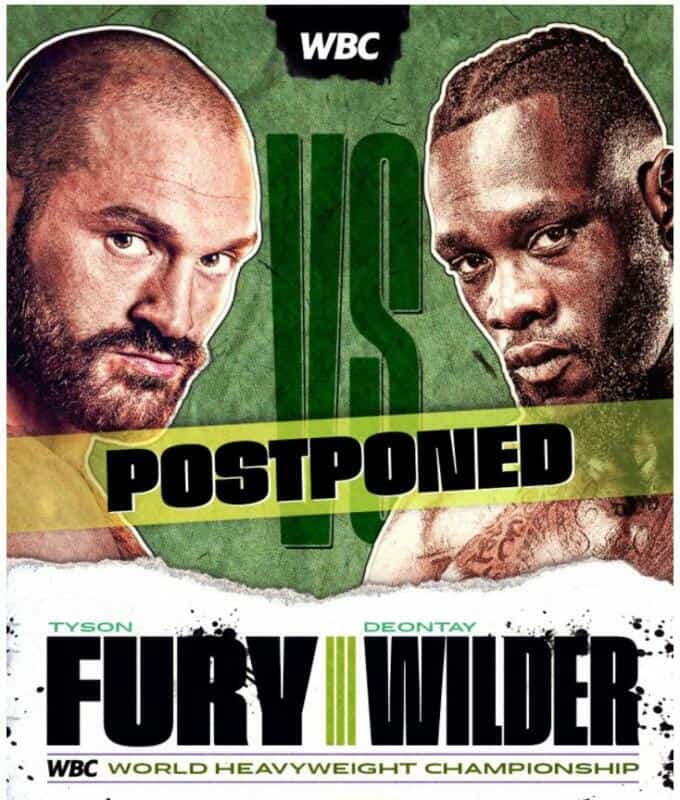 Wilder pushed for arbitration after Fury stated his intention to walk away from their trilogy. “The Bronze Bomber” won, and a judge said Fury must defend the title against his old foe by September 15th.

Due to illness, there is a concession in the contract for Fury to delay to be at full fitness. This further postponement will not affect the outcome of the arbitration.

Once fully fit, Fury will face Wilder and only Wilder next, as in line with the mediation.

Anthony Joshua, who Fury wanted to battle next, is now next up with his mandatory against Oleksandr Usyk in September.

The winners of both fights could meet in the summer of 2020.