Floyd Mayweather killed any chance he had of facing another YouTuber in the future after admitting he faked his latest exhibition fight.

The former pound for pound king returned for a drab eight-rounder against a novice nobody in the sport. He carried the no-hoper to the final bell.

Millions of dollars bet on Mayweather to win at -700 went up in smoke as “Money” decided to nullify all bets on a draw.

That’s what transpired as a no-contest draw got declared at the finish.

Rumors Mayweather would take on another YouTuber this summer had since circulated. But judging by his latest admission, this would fool no boxing fan into parting with $50 for what Mayweather has described as “bank robbery” in the aftermath.

“I’m the only person that can do a fake fight and get $100 million,” Mayweather said at the post-fight press conference for Gervonta Davis vs. Mario Barrios.

“I could do legalized sparring and get $100 million,” he added.

In what was the worst of his revelations, the 44-year-old said: “Am I the best bank robber?

“Because I don’t know nobody in sports that are my age and can still stick ’em up like that.”

Mayweather’s words won’t sit well with those who believe he tarnished his legacy by even sharing the ring with an internet vlogger.

But despite Floyd stating he made $100 million, those aren’t the numbers flying around.

Selling close to one million Pay Per Views at $50 a pop does not usually equate to a $100 million check. Now, maybe Floyd had a deal with Showtime to pay him $100m, but those numbers certainly wouldn’t have warranted that amount.

The figure would be closer to $30 million because the gate receipts were also down at the Hard Rock Stadium in Miami.

Promotion sold only 25,000 of the 65,000 capacity. All in all, the event generated nowhere near the PPV record Floyd and his team had previously predicted.

That’s even taking into account that both men had 46 million social media followers at that time. 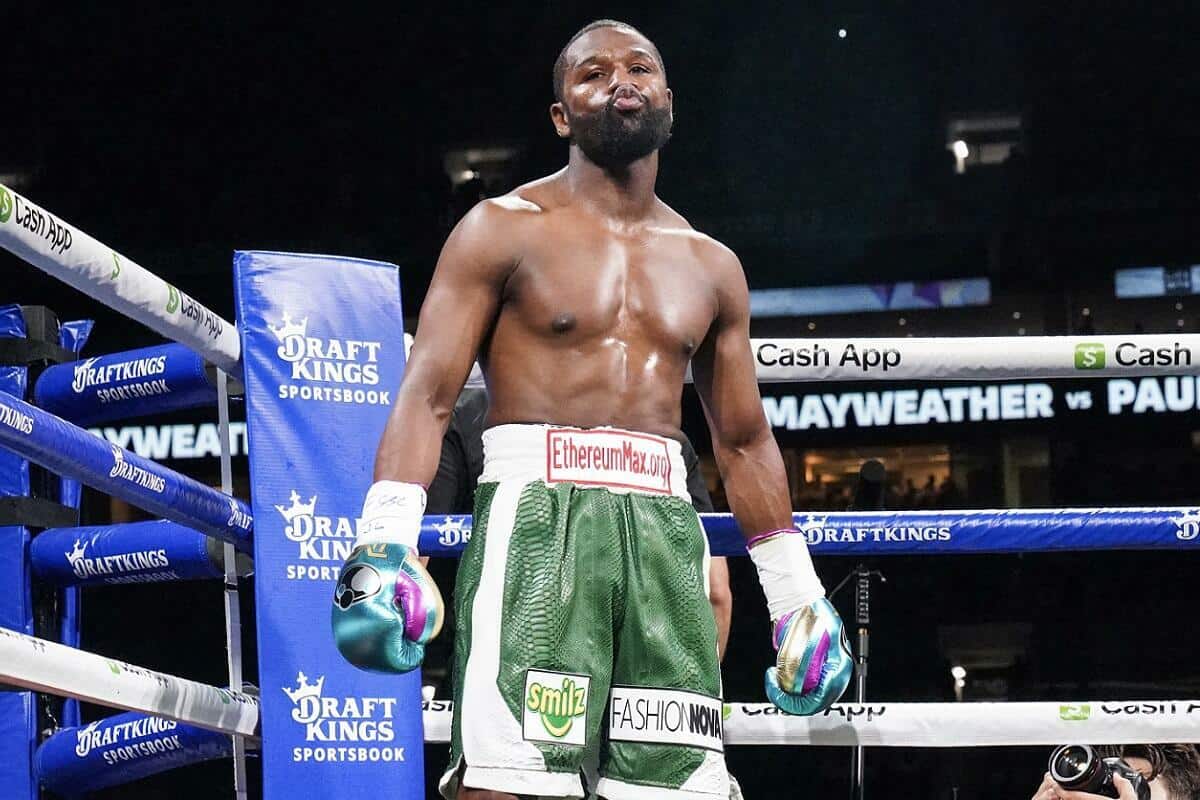 Whatever the case may be, Floyd Mayweather sure doesn’t seem to mind how it looks. As long as that check clears, he’s okay with it.

“I am going into the Hall of Fame. I have nothing to prove,” he said regarding the fight.

“If they are happy with grappling and holding for eight rounds, that’s good for them. I hope the fans were pleased.

“But I have been in this sport for so long. I let people see I can come out at the age of 44 and bring 30,000 to the stadium and good pay-per-view numbers.

The legend even stated he’s not too fussed if he doesn’t get offered another glorified sparring session, either.

“Will I make a comeback? Absolutely not. I have retired from the sport of boxing. I probably won’t do an exhibition again either.”