We all know YouTubers are trying their hands at boxing to milk the sport for Pay Per View money, but the fact they now think they could be real fighters is ludicrous.

Not only has one claimed victory over Floyd Mayweather when being carried over the finishing line by a 44-year-old grandpa, but the other is also now making ridiculous statements you could imagine.

With their laughable ” boxing career,” the youngest of the two brothers continue to pull the wool over the fan’s eyes. Even worse, the vlogger now says he could fight Canelo for a title.

Er, no, you couldn’t. You have to earn a title shot by fighting real boxers to achieve a ranking. I mean, I think the guy needs help – seriously.

Taking on the pound-for-pound king, the most vicious boxer on the planet when you can hardly throw a proper punch, is damn near suicide.

Canelo would eat the pretender for breakfast. Not only that, he’d make him look less than the novice he already is right now.

Thankfully, Canelo would never entertain the idea during his title-laden career. The Mexican superstar has already given the notion of these clowns attempting to pilfer our sport both barrels.

Speaking to TMZ last December, Canelo said: “You know, it’s all about the money.

“I don’t think we would agree that people that are basketball players, that are YouTubers get licenses.

“I don’t criticize. We know this is a hazardous sport, and if you go up there, it’s hazardous.” 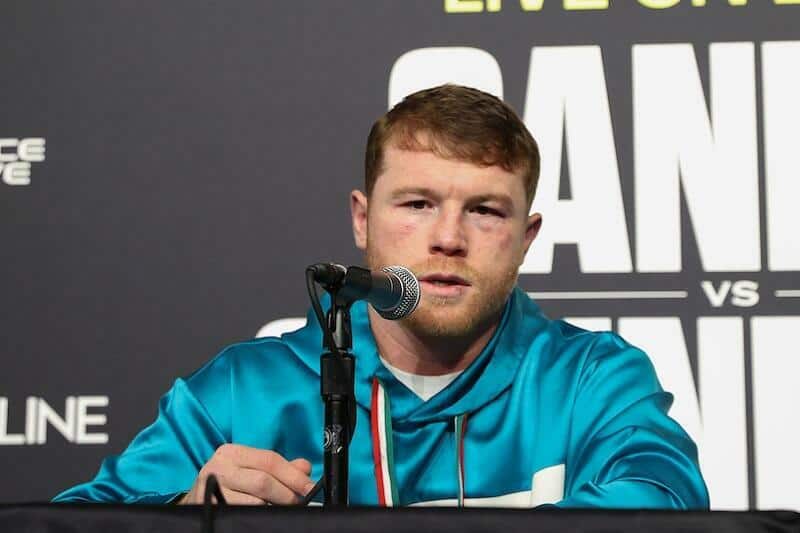 Canelo gave a superb answer asking if he’d ever think about giving one of these “influencers” the chance to line his pockets with PPV cash.

“No. I truly believe that it’s a lack of respect (for the sport). It’s all based on money, and It’s all for money. I’m focused right now on other projects.

“I have other stuff going on, and I would invite him for a sparring session so that he truly knows what it’s all about.”

The sooner these YouTubers get bored of toying with what they see as a plaything despite the sport being one of the most dangerous on the planet, the better we will all be moving forward.