Floyd Mayweather will not consider a rematch with Oscar De La Hoya despite the Golden Boy promoter admitting a second installment interests him greatly.

De La Hoya admitted that he would fight Mayweather again in a return of the May 5th, 2007 battle at the MGM Grand.

Speaking to Chris Mannix on DAZN, De La Hoya opened up ahead of his comeback bout against MMA star Vitor Belfort in September.

“The Golden Boy” plans a two-fight comeback with Triller. He’ll take on non-boxers before eyeing up a massive exhibition with a big name from the past.

They don’t come much more significant than Floyd Mayweather.

“I want to make the biggest comeback in boxing history,” said De La Hoya. “I want to get two of these fights down under my belt. Get the timing ready and everything.

“Then my third one, I want to call out Floyd Mayweather.”

Mayweather would be a significant coup for De La Hoya. However, it looks like a massive pipe dream for the ten-time world ruler.

Leonard Ellerbe, the Mayweather Promotions CEO and the man who knows Mayweather best, says De La Hoya has no chance of landing that fight. 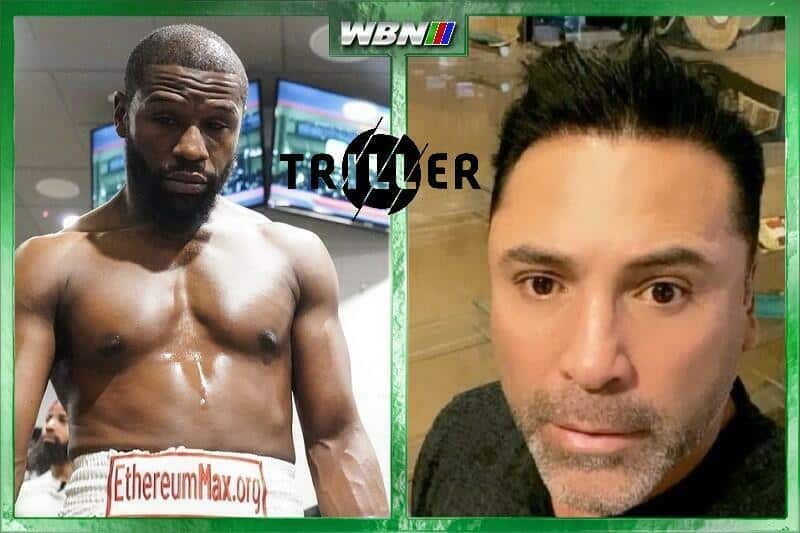 “Oscar De La Hoya is just trying to use Floyd’s name to build some buzz about whatever he’s attempting to do. Nobody’s paying him any attention.”

Engaging with a YouTuber for eight rounds was far game for Mayweather. However, De La Hoya comes with a lot more baggage.

Drunk appearances on Triller commentary and late-night tweets aimed at former fighter Canelo Alvarez lead many to think De La Hoya is not in the correct frame of mind to be competing again.

Belfort begins a slight favorite with the bookies, possibly due to De La Hoya’s troubles and his status as a former UFC champion.

Furthermore, De La Hoya could be next in a humiliating turn of events if he’s not careful.