Pound for Pound king Canelo Alvarez was plucked from the crowd this weekend to corner for Julio Cesar Chavez in the final round of his last fight.

Chavez was competing in a farewell exhibition against Hector Camacho Jr. when Canelo jokingly stood up to enter the ring.

Always a special man, along with an exceptional fighter, Chavez told Canelo to come up and be in his corner in what was a special moment.

The Guadalajara native duly obliged. The two once again embraced after the fight, which seemed to be a symbolic passing of the torch from past to future Mexican darling to current superstar and future legend that Alvarez is on course to be.

Afterward, the pair had nothing but good things to say about each other.

“Thanks to Canelo. Here you have the best Mexican fighter today, possibly the best in history,” stated Chavez about the current star of the sport.

The humble Canelo replied: “Chavez will always be the greatest Mexican fighter ever.”

Boxing legend Chavez had thrilled his adoring fans one last time as he and Camacho Jr. entertained a crowd of enthusiastic fight fans in a particular exhibition bout at Jalisco Stadium in Guadalajara, Mexico.

The bout headlined Tribute To The Kings Pay-Per-View. The two fought hard, which was much to the delight of the crowd.

The bout was memorable for all involved as Chavez fought Camacho’s late father, Hector Camacho, 29 years ago. 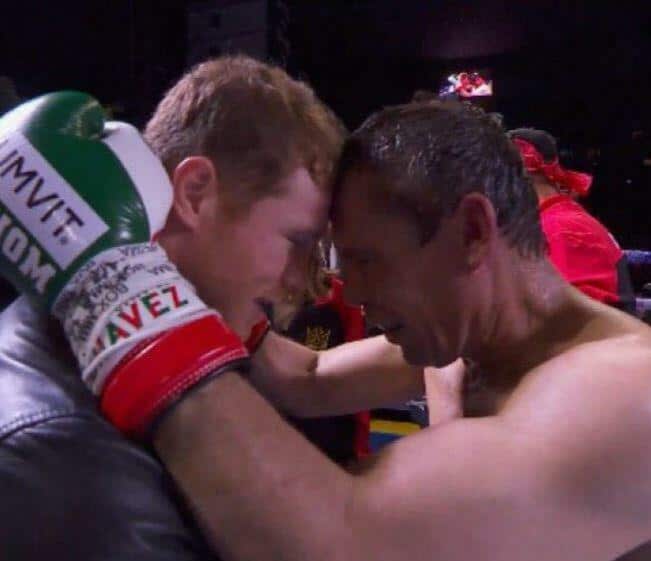 Marking the end of an era, Chavez announced that this would be the final time he would enter a boxing ring. He would hang up the gloves for good.

Chavez had been participating in exhibitions in recent years.

He leaves the sport with the love of his people and the respect of everyone involved in boxing.

The word “legend” gets thrown around way too easily these days. But not for Julio Cesar Chavez.