In round four, Chavez was cut on the outside of his right eye. Alvarez controlled the action and beat Chavez to the punch throughout the eight-round affair.

“I feel really great and proud on this Victory over Omar Chávez. I had an excellent preparation. My brother was my trainer and very aware of me getting this done.

I dedicated this victory to my family and the whole town that came to cheer for me. Having my family in my corner gave me added strength and energy. It’s a really special night, and I’m proud of my effort,” said Alvarez

“He won, no question. It was a clear head butt that caused lots of blood to pour out. That changed the whole fight. I could see his punches. He was able to apply pressure. He hit me with hard punches. I would do fight him again,” said Chavez. 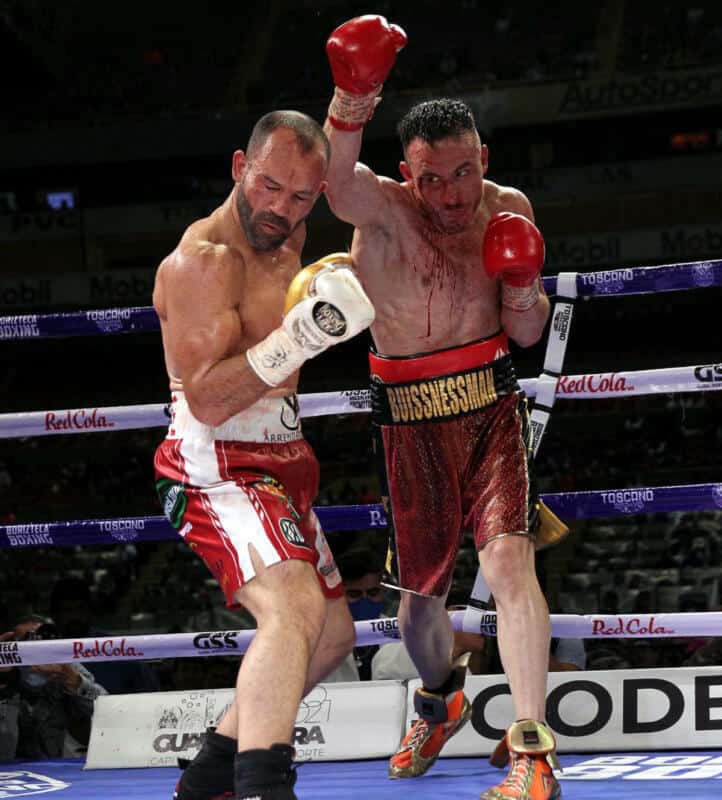 Damian Sosa won a 10-round split decision over Abel Mina in a super welterweight fight.

“I fought an excellent fighter. It was a tough fight. He is an awkward fighter, and I have never faced anyone like him. It took some time to adapt to his style. However, I came in really good shape. I did my training with champion Jaime Munguia. I won this fight, and I’m dedicating this fight to my parents and all my Mexican fans,” said Sosa.

“We came here to win and not get robbed. We worked so hard in our preparation with my team and the fight.

“But we hit him with many solid punches, and we boxed and brawled when necessary. So we deserved the victory period,” said Mina.