Judging by comments given by Anthony Joshua on Monday, the unified heavyweight champion could be ready to delay fighting until the end of 2021.

In a cryptic message for Tyson Fury, AJ says a mandatory fight with Oleksandr Usyk – ordered by the WBO – is not the fight on his mind.

Even though he’d get stripped of one of his heavyweight belts, Joshua says the focus is landing Fury.

Fury has to follow the orders of a US judge who stated he was unable to walk away from a contract to fight Deontay Wilder. This third fight in their agreed trilogy will now happen on July 24 in Las Vegas.

Joshua is due to announce a fight with Usyk for Tottenham’s Stadium in London this August or September. But looking closer into what he said in an interview with Sky Sports, Usyk is not totally at the forefront of his thinking.

“End of the year. Let me get past Usyk first. But with or without Usyk in my life, I will fight Fury,” he told Sky.

Adding further, Joshua said that the titles are not relevant to the contest,

“It will happen. After the Usyk fight, after I defend my belts. The fight will be bigger, better than what it would have been.” 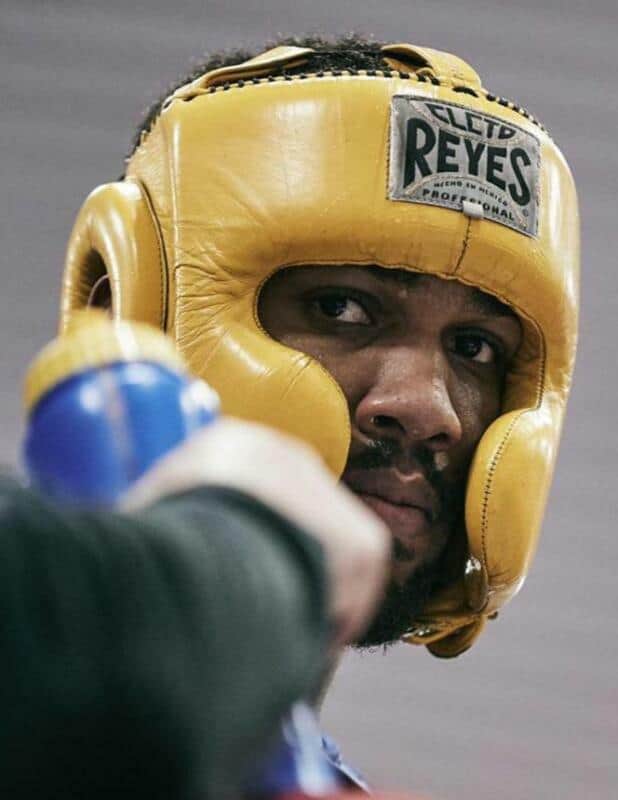 At this point, it seems Joshua and Fury remain committed to making the unification happen. However, if Joshua doesn’t go through with the Usyk order, the eventual collision will be a belt lighter.

Fury vs. Joshua would no longer be an undisputed battle as previously billed.

“I am 100 percent sure that I will fight him and win. You’ve got to ask him the same question,” assured Joshua. “I’m not too sure [about Fury].”

Eddie Hearn, who Fury and Arum squarely blame for the collapse of the fight, was then given props by Joshua over his involvement.

“We did everything. During a global pandemic, the toughest time to organize a fight like that, we managed to have 20,000 fans available,” stated the Londoner.

“We got a site fee, the media ready, my name was on the contract, I was in training. Then boom, they canceled. I stay ready to fight them all because I’m a throwback fighter.

“Unfortunately, his team let the whole boxing world down. I will still be here, still ready to put on a show.”

At this point, if Joshua does confirm Usyk for September, it will be a tough turnaround to get Fury inside the ropes just three months later.

It’s much more likely that Anthony Joshua will wait for Tyson Fury if they don’t announce in the next two weeks. If they do go ahead with the Usyk bout, possibly in September or even October, Fury vs. Joshua will likely take place in the summer of 2022 – if ever.