Francis Ngannou has told countryman Carlos Takam that forthcoming opponent Joe Joyce is no Mike Tyson when is comes to movement around the ring.

Takam has revealed he is confident of a victory over Queensberry Heavyweight ‘Juggernaut’ – as his close friend Ngannou has assured him Joyce is ‘not dangerous’.

Heavy-handed UFC Heavyweight Champion Ngannou, who shares both Cameroonian and French roots with Takam, sparred Joyce in Vegas ahead of the latter’s victorious bout against Daniel Dubois in November last year.

At the time, Joyce’s manager Sam Jones’ told Sky Sports that Ngannou could “box at a high level” and that he had “disgraceful power”, giving Joyce “the most entertaining spar I’ve ever seen Joe in”.

The complements clearly weren’t reciprocal however as Carlos Takam has told Danny Flexen of SecondsOut: “I know Francis sparred with Joe Joyce. When they asked me to spar with Joe I said I didn’t want to but they could spar my friend Francis if they want and Francis said yes.

“Francis says he’s a tough guy and he hits hard. But he said he didn’t want to say he was like a Mike Tyson, because Joe Joyce can’t move like Mike Tyson… he always comes in straight. 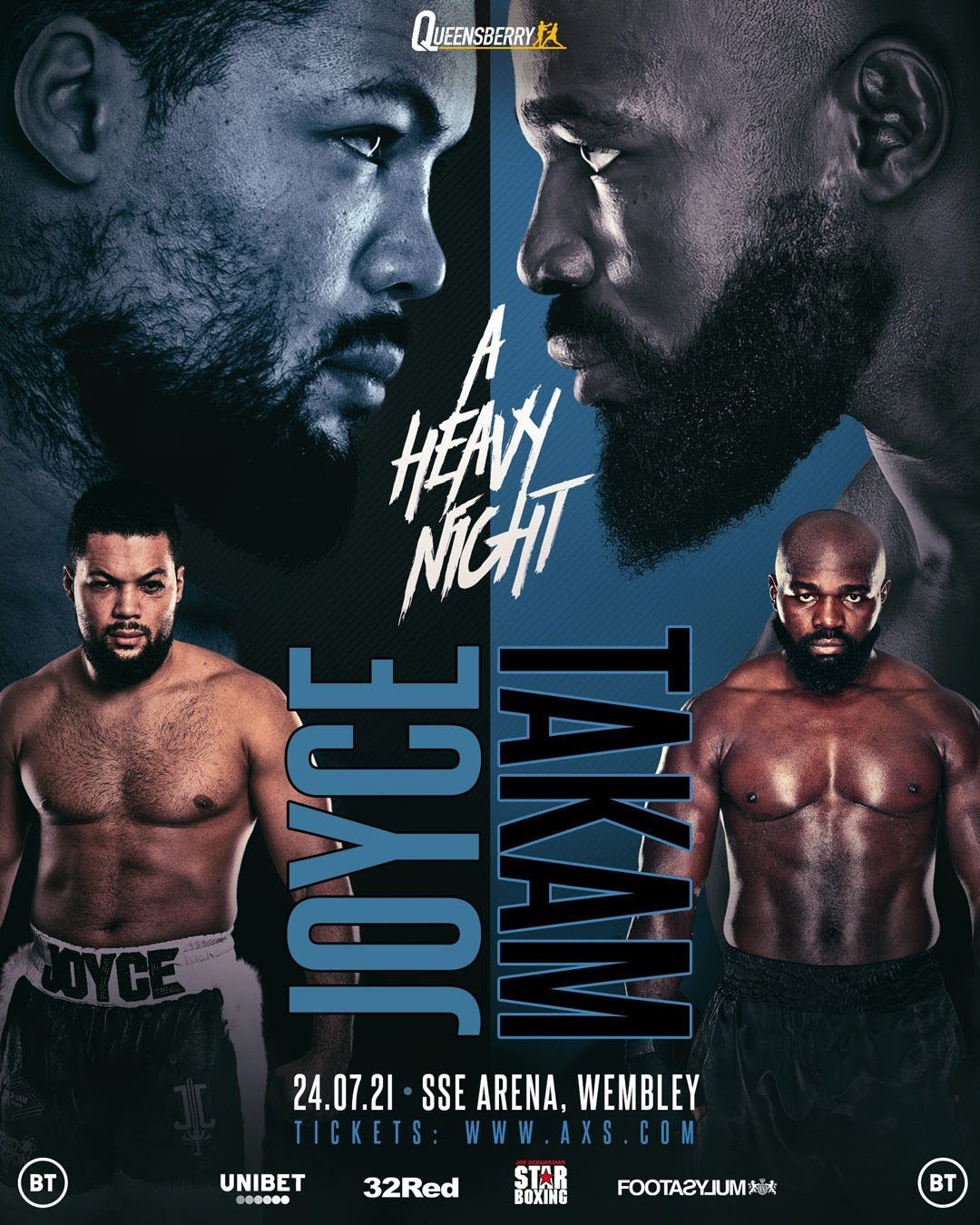 “He told me he’s a good guy but not dangerous.”

Takam and Ngannou have history together, they share a boxing coach in Dewey Cooper and Carlos helped his friend prepare for his last MMA fight – an outing which saw him dethrone Stipe Miocic to become the UFC Heavyweight Champion of the world.

Ngannou’s claims seem to contrast with the facts, however, as Joyce has racked up a professional record of 12-0 with an astonishing 11 KO’s.

In his most recent bout, against Daniel Dubois, the fight was stopped when ‘Dynamite’ took a knee having sustained a repeated battering to his left eye.

That injury, later diagnosed as multiple fractures to the eye socket alongside nerve damage, would be classed as ‘dangerous’ by anyone’s standards.

Takam seems utterly unfazed by the facts though, insisting he has no worries about his July 24th tussle with the Juggernaut.

He said: “Joe Joyce is a strong guy but he doesn’t have experience like me, he has never fought someone like me.

“He is a good opponent for me to come back to the UK. London is like my second home. Fans there are waiting for me, every day they’re writing me ‘Carlos, when you come back in London? When will you fight back in London?’

“I have time to prepare for this fight and I am going to go and win the fight. This is a good opportunity for me to come back home and to come back up in the heavyweight division.

“I am so excited, so happy to be coming back to London.”