Mike Tyson will, unfortunately, be disappointed after stating his desire was to see Floyd Mayweather fight Manny Pacquiao for a second time.

The youngest ever heavyweight champion of the world asked for the rematch following Mayweather’s drab exhibition fight with a YouTuber novice last weekend.

Tyson said: “It was harder than Floyd anticipated, I believe. I think he should continue fighting [but against] guys his weight.

“What is he doing? – [He should] fight Pacquiao again or something.”

But whether Tyson knew it or now, Floyd Mayweather had already turned down a second installment with Pacquiao when speaking Showtime’s Brian Campbell and Luke Thomas.

During fight week for his return, Mayweather dismissed Manny Pacquiao despite a possible three-belt opportunity later this year.

Pacquiao is challenging Errol Spence for two titles and could be reinstated by the WBA as “super” champion – meaning a trio of straps would be up for grabs.

If he’s pushing 43 and holding a mass of trinkets at 147, some believe fans could convince Mayweather for one more pro fight.

The chance to go 51-0 and reign as champion at 44 could be too hard to resist. Sadly, not for Mayweather at the moment. 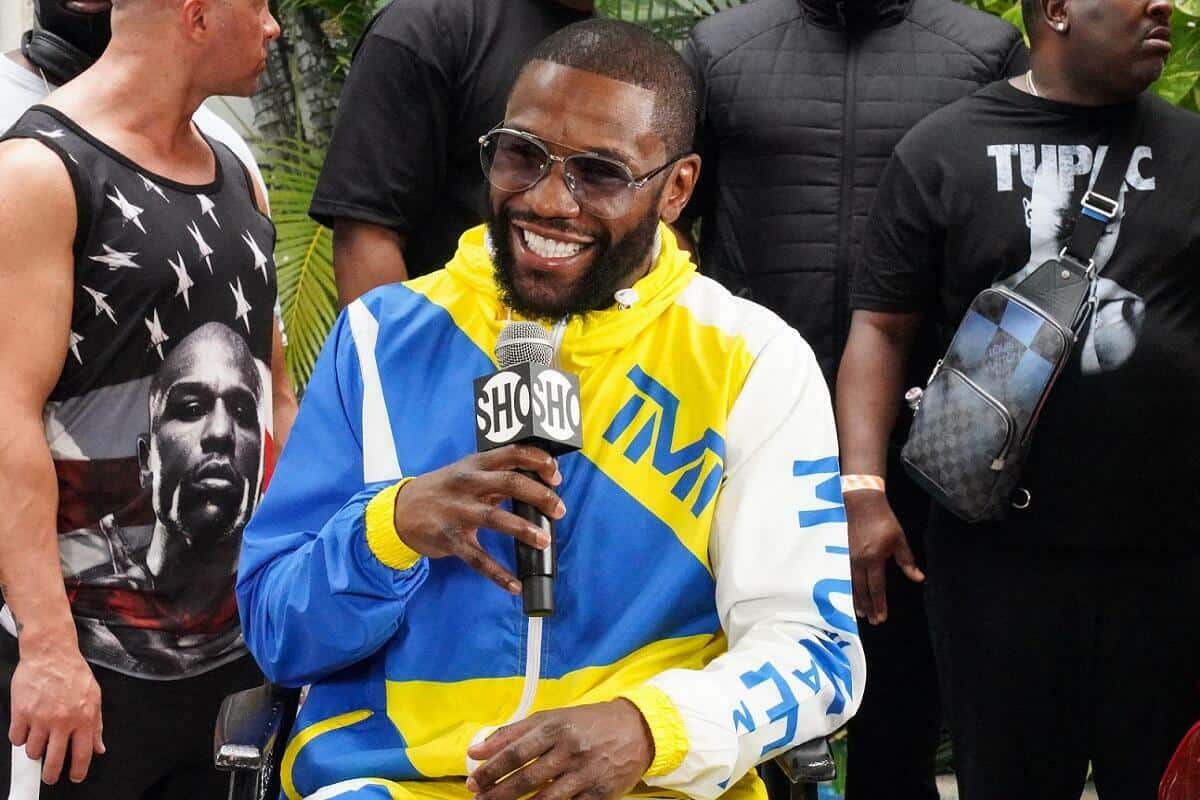 “And guess what? They’ve always got an excuse. ‘Oh, my shoulder.’ But let’s run it back. If we run it back, guess what he’s going to do? Have another excuse.”

Adding his thoughts on another fighter who chased him, Mayweather continued: “Antonio Margarito wanted to fight me extremely bad. Then come to find out, this guy was cheating. He was fighting with a cast inside his glove.

“This is a guy (the media) were behind, (the media) thought I was scared of him. Then when they caught him cheating in the locker room, he got knocked out by Shane Mosley that same night, then Shane Mosley’s next fight, I beat him.”

Whatever happens from here on in, Mayweather is already a legend, first-ballot Hall of Famer, and one of the best to do it.

Nothing can take that away from him. But fighting longer than he should against vloggers who don’t deserve it won’t help his case.

Regarding Pacquiao, the world will be watching this summer as the Filipino Senator headlines the bright lights of Las Vegas again.

Furthermore, a victory for the “Pacman” would open a massive debate over who holds the best legacy.