Lamar Odom beat the living daylights out of Aaron Carter on Friday night as “Celebrity Boxing” sunk to the lowest depths possible one week on from Floyd Mayweather.

The main event got roundly criticized at the weigh-in for allowing a 65-pound weight advantage, thirty pounds worse than the Mayweather exhibition.

Odom towered over the punier Carter, who had zero muscle to speak of on his person. Firstly, the NBA star proceeded to land blow after blow, battering the “pop star” from pillar to post.

In the second round, Carter could take no more. He could have gotten seriously hurt in there.

Promoter Lou DiBella, who has dealt with more than one tragedy in the ring, aired his disgust even before the first bell rang.

We all knew what to expect from this one by looking at the two “celebrities” selected.

One, by his own admission, has ill-health. The other couldn’t fight his way out of a paper bag.

DiBella let rip by saying: “This is just disgusting. Neither guy should be in a ring “fighting” under ANY circumstances.

“Lamar has had twelve strokes and six heart attacks! Carter is an unathletic mess outweighed by 65 pounds. What the barbaric, repulsive, dangerous f— is this?”

Lamar Odom with the first round knockdown of Aaron Carter pic.twitter.com/Ulh6A1ShW2

Ishe Smith, a former world champion and member of Floyd Mayweather’s “Money Team,” wasn’t impressed by former bosses’ exhibition with a YouTuber either.

But like DiBella, Smith is concerned that one of the participants in these mismatches will get badly hurt.

“It’s gonna be all fun in games until one of these football players or celebrities is knocked out cold or has some serious injury from boxing,” pointed out the ex-IBF super welterweight ruler.

“Stay the f— out of the ring, and please miss me with it doesn’t happen. I watched a man die in the ring so f— you who say otherwise,” he added. 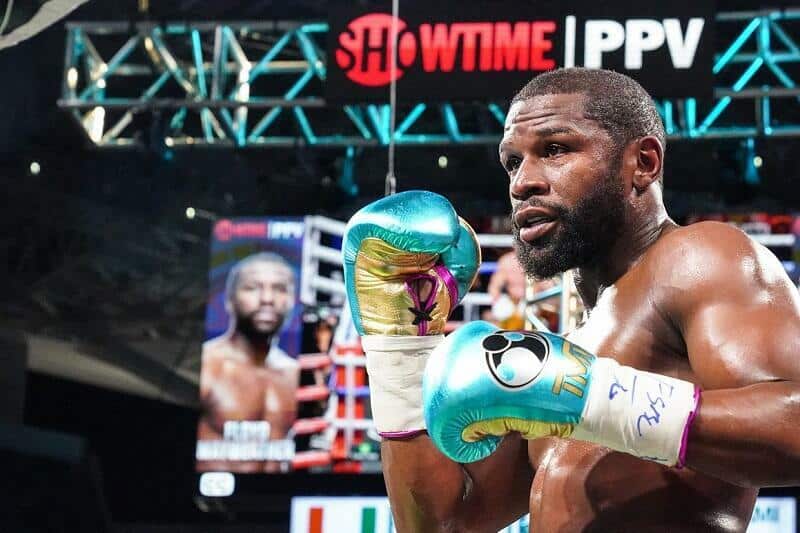 Between Mayweather, legends returning in their fifties, and now this mess, boxing has to take a long hard look in the mirror to see if this is indeed the way it wants to go.

States have to come together with some regulation covering the entire country to stop this kind of thing from getting called entertainment. It’s not.

And it’s only a matter of time before someone dies.