WBN Fighter of the Year for 2020, Teofimo Lopez, discussed his career, a potential fight with Gervonta Davis and victory over Vasyl Lomachenko.

While there, Lopez also talked about his fondness for MMA and ambitions for the future.

Here’s what the boxing phenom had to say ahead of his June 19 battle with mandatory challenger George Kambosos Jr.

“When you fight the best, you become the best, but I’m grateful to be in the position I am at 23 years young.

“June 19th, you will see something different. I have so many tricks up my sleeve. Even outside the ring, my ring walk will be something for everybody.

– “I’m a young, hungry lion, a young Simba, whatever you want to call it.”

Turning his attention to a career-defining triumph over Vasyl Lomachenko in a breakout year in 2020, Lopez added: “My mentality was that Lomachenko believed his own hype.

“I don’t believe my own hype. I think Lomachenko thought he was a God, so I just wanted to “decapitate him.”

“Lomachenko builds confidence when he gets a rhythm, and I made sure he couldn’t find that rhythm. As a result, Lomachenko experienced a “freeze.”

“Everything they tried to do, they already have a plan for it, so they can’t figure out what to do.”

“Triller wants to make [my next fight] a real, true boxing event to prove that this fight isn’t just a one-off and that they are serious about it.” 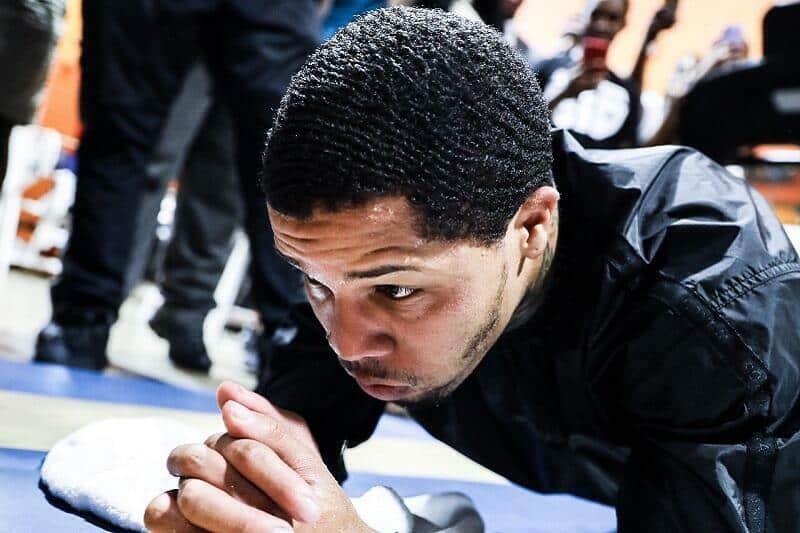 Lopez also revealed an early career meeting with Gervonta Davis ahead of a potential Pay Per View clash in 2021.

“There’s a training video of when I was 15 fighting and 18-year-old Gervonta Davis. My father recorded it. If we ever met in the ring now, it would be different because I’m bigger and smarter than he is now.”

Concluding on his penchant for MMA, the superstar said: “I’m a fan of MMA, especially now. A supporter of Walt Harris, MMA guys, maybe teaching him some things.

“The sport of boxing has a type of stick out your chest ego. MMA fighters are killers, but they’re some of the nicest guys he knows, and it doesn’t let their ego get the way of them.

“I’m humbled a lot more [when watching] MMA fights than you do boxing with chokeholds and elbows, etc.”