The lightweight king, nicknamed ‘The Takeover,’ is already 16-0 with 12 KOs) through an exceptional career culminating in the WBN Fighter of the Year Award for 2020.

Lopez is riding high at the top of the sport but isn’t content on staying there. Instead, he wants to build on brilliant foundations that include a win over Vasyl Lomachenko.

Finishing off training for his highly anticipated bout with ‘Ferocious’ George, Lopez faces a hungry challenger at 19-0, 10 KO’s.

A victory on June 19 at the home of the Miami Marlines live on Pay-Per-View would do much to up his claims for a shot at Josh Taylor’s 140-pound belt bonanza,

Discussing his plans and forthcoming bout, Lopez is in a confident mood, and rightly so.

“One thing I’d like to clear up, the other guys in my division had four months to send me a contract, and not one did,” pointed out Lopez. “So, it all became George Kambosos at the end.

“I became world champion and undisputed, and I want to let everyone know, I don’t duck or dodge anyone.

“With Kambosos, I’m not overlooking my competition, but I’m looking straight through him.

“I don’t look at who I’m fighting. I heard the Selby fight was close. However, Kambosos got the win, got the job done, and became my mandatory. 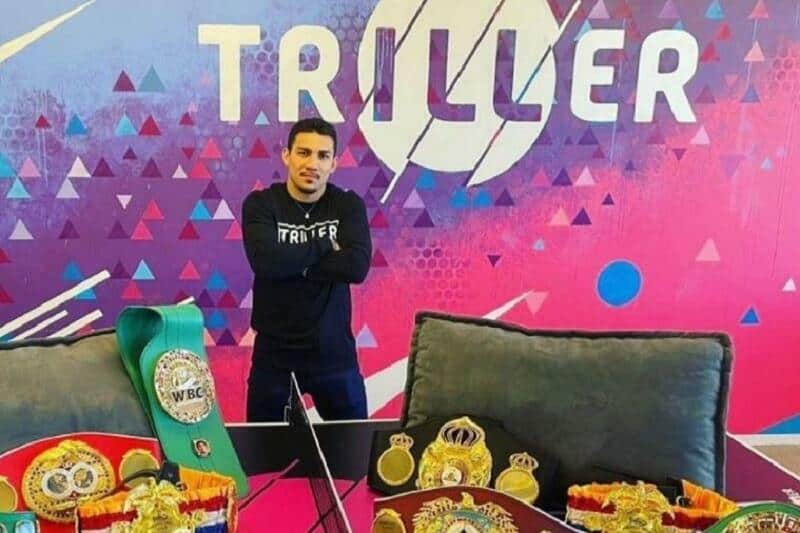 “I’ve been so focused on myself lately, but as far as Josh Taylor or Jose Ramirez put them in front of me, and I’ll beat them. Josh Taylor did what he to do. It was a great fight and a great event.

“The whole thing for me is making those types of fights happen. Sixteen fights in, I never said no to any fight.

“It’s up to these other guys to step up. They’re already talking about moving up to 147, and I can already sense the urgency in not wanting to fight me.

On headlining a Triller card focused more on boxing than YouTubers, Teofimo Lopez added: “It feels great to be fighting on the Triller platform, something different with different musical artists.

“It’s going to be the greatest show this year, and I’m excited to show everybody what I’m all about.”

“Triller is very driven, and they really want to make their mark. So we can talk about different things on the promotional side, and they make it happen.

“With the boxing and the artists performing, it’s a phenomenal collaboration. It’s great for the sport of boxing. It’s all entertainment at the end of the day.

“I’m not a fighter or a boxer. I’m an entertainer.”