That was one of the views on offer when St-Pierre, Rogan, Liddell, and Sonnen, a who’s who in the sport of mixed martial arts, weighed in on the upcoming PPV clash.

Starting off the conversation is “The Iceman” Chuck Liddell, one of the greatest athletes ever to enter the Octagon, who said, “It’s tough to cross over from MMA or even kickboxing to boxing.

It’s the differences in stances, distance, and timing. But if anyone can do it, Anderson Silva can! I’ll pay to watch this fight.”

Georges “Rush” St-Pierre: “I wish Anderson good luck because he is the one who is stepping into Chavez Junior’s world.

“Let’s hope they enjoy their fight and that the boxing fans embrace this event. And of course that no one gets hurt.”

Joe Rogan also commented on Chavez, Jr. vs. Silva, saying to his guest and comedian Russell Peters in his recent episode of The Joe Rogan Experience.

“He might not be as respected as some, but Julio Cesar Chavez, Junior, is still a beast. You cannot sleep on that guy. He is a dangerous man.” 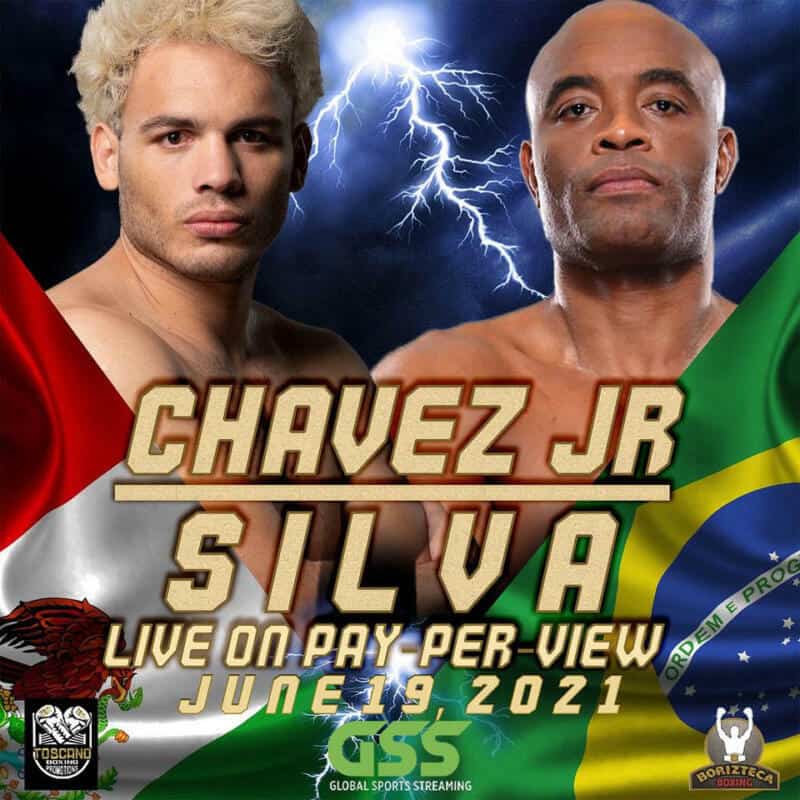 Chael Sonnen, the former UFC fighter who fought Silva twice, said on his YouTube channel: “This is a very different Anderson because he used to box and even if it was Muay Thai, even if it was standup fights.

“But he actually got in the ring and did this. It’s a significant difference from, say, what Conor McGregor did when he fought Floyd.

“It’s significantly different in that Conor had never done it before. He’d done something close. He had done a version of it – he had sparred a little bit.

“Anderson did all of that but also stepped in there and competed. I’m happy to hear he’s done with MMA.

“I’m happy to hear that if he’s going to elect to go into this sport, he is showing that sport the respect that it needs and that it requires to be successful, which is full commitment and immersion.”

Silva is considered by many to be the greatest MMA fighter of all time. He compiled a record of 34 victories with 11 losses and 23 stunning knockouts.

“Tribute to The Kings” also features a special Exhibition bout that will see the great Julio Cesar Chavez Sr. make his final ring appearance against Hector Camacho Jr. Camacho will be honoring the legacy of his late Hall of Fame father.

Integrated Sports Media and Joe Hand Promotions will be distributed throughout North America via DirecTV, iN Demand, Vubiquity, DISH, SaskTel, Rogers, Shaw PPV, and the FITE.TV website and app in the United States, Canada, and select markets worldwide.