Oscar De La Hoya is again in the spotlight for yet another insult hurled at his former fighter and pound-for-pound king, Canelo Alvarez.

Despite many interviews wishing Canelo well in his career since they parted, something still irks De La Hoya about the way they left things.

Canelo concentrated on his own promotional company, inviting Matchroom boss Eddie Hearn in to help him. At the same time, De La Hoya moved to sign 41-0 Gilberto Ramirez as his Mexican replacement.

Speaking at the time, De La Hoya was at a loss to explain what went wrong.

“I cannot figure out exactly what we did wrong as a promotional company when it comes to Canelo,” De La Hoya told Sirius XM.

“Everything we do at Golden Boy is by the book, and our track record speaks for itself.

“Other than Top Rank, the only other promoter who can put on the most significant events is Golden Boy. I still don’t know what we did wrong in terms of Canelo.

“We got Canelo to where he is now, just we did for Deontay Wilder, Danny Garcia, Adrien Broner, and others.

“Were there snakes in the grass who influenced Canelo? Hard to rule that out.” 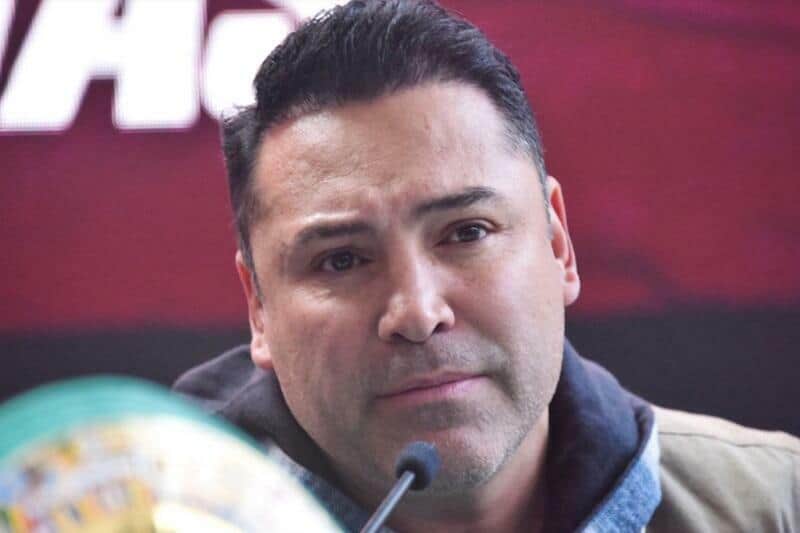 Now, after months of water under the bridge, De La Hoya responded to an Instagram post with possibly his most damaging blast yet.

In response to a video of Canelo helping a young student learn the basics, the Golden Boy boss said: “Please, this guy does everything wrong.

“Head up when he throws hooks. On his heels, flat-footed. What else? – Yes, he avoids Charlo.”

Not what you’d expect from a former promoter who was content with moving on.

One man who did have sympathy for Canelo when he threatened to sue De La Hoya was Shane Mosely – a legend who fought both.

“I feel for these fighters like Canelo. Golden Boy has been taking advantage of its fighters for years. That’s me included,” Mosley exclusively told World Boxing News when the split happened.

“I’ve had legal action against them for years. That’s why I posted the story up, telling Canelo to get at me.

“I have spent about a million dollars suing them to get my ownership back that they wrongly took.

“I hate seeing other fighters getting screwed over,” he concluded.

And the beef goes on.