HBO legend and “Voice of Boxing” back in commentary with Triller

HBO Boxing legend Jim Lampley has signed a multi-fight deal with Triller signaling his triumphant return to the microphone following the dissolving of his old coverage.

Leaving after 45 years at the top of boxing broadcasting, HBO Boxing ceased on December 8 or 2018. Lampley has since been away from high-profile positions.

But since Triller received criticism for their shambolic offering for their last Pay Per View, where Oscar De La Hoya was considerably worse for wear, they have been actively scouting credibitily.

They don’t come much more significant than Lampley.

“Lampley will begin his multi-fight deal with the historic June 19 Triller Fight Club card at Miami’s loanDepot park, which will feature both men’s and women’s undisputed world title fights for the first time. 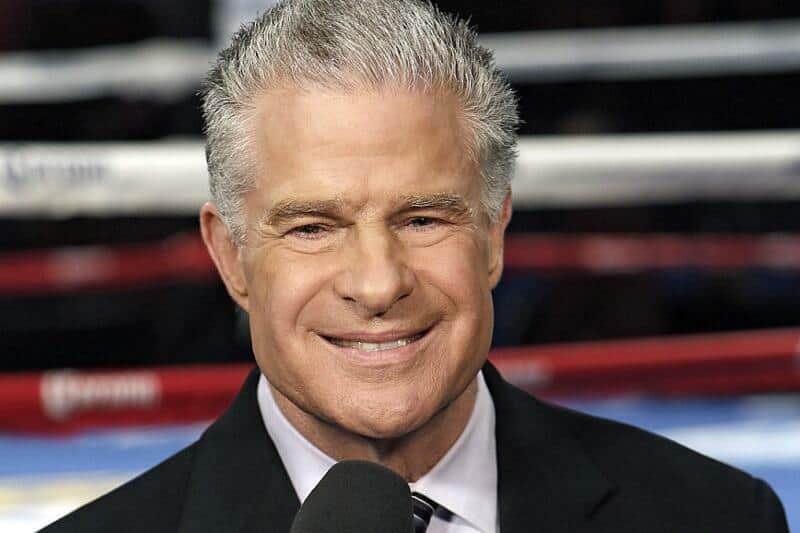 Ryan Kavanaugh, head of the company, stated: “It is an honor and a privilege to welcome the preeminent voice in boxing, Jim Lampley, to the Fight Club.

“We will blend all the best elements of music, entertainment, and sports. There is no one better to help lead our broadcasts for fans of all ages than Jim.”

The man himself can’t wait to get started.

“I am impressed that Triller Fight Club is aggressively seeking to put together the best telecast possible. It is that mentality that makes Triller the best possible platform for my return to ringside,” said Lampley.

“This first telecast features Teofimo Lopez. He’s the conqueror of the great Vasiliy Lomachenko and exciting new talent who has already made a historic mark on the sport. That says it all for me.”

Lopez vs. Kambosos Jr. marks a seismic shift for Triller away from the YouTuber events they took a shine to when launching.

Kavanaugh will be steering Lampley more towards the legends like Mike Tyson and Evander Holyfield he’s called many times before.

Coupled with some of the bigger names in the sport today.