Rio 2016 Olympic gold medalist Daniyar Yeleussinov, who Eddie Hearn labeled “one of the greatest talents in world boxing” in 2018, has left Matchroom Boxing.

Firstly complaining of not being placed on big events back in 2019, it was clear the undefeated world-ranked welterweight was not happy for some time.

Yeleussinov of Astana, Kazakhstan, has a record of 10-0 with six knockouts.

The 30 year-old has been fighting top competition as evidenced by wins over Marcos Mojica (16-2-2), Reshard Hicks (12-0-1), Alan Sanchez (20-4-1), and a 2nd round knockout over former unified world champion Julius Indongo on November 27th in Hollywood, Florida.

With the win over Indongo, Yeleussinov captured the IBF Intercontinental Title, certainly catapulting him to a number-eight ranking in the IBF.

Elvis Crespo, CEO of Boxing Stars Management, said: “We would like to thank Matchroom Boxing for bringing Daniyar to this point of his career.

“We are seeking the best option for Daniyar so he can be properly marketed and moved to the top of the welterweight division. Furthermore, Daniyar is a top talent.

“He has shown that he is a force to be reckoned with and is a future world champion.” 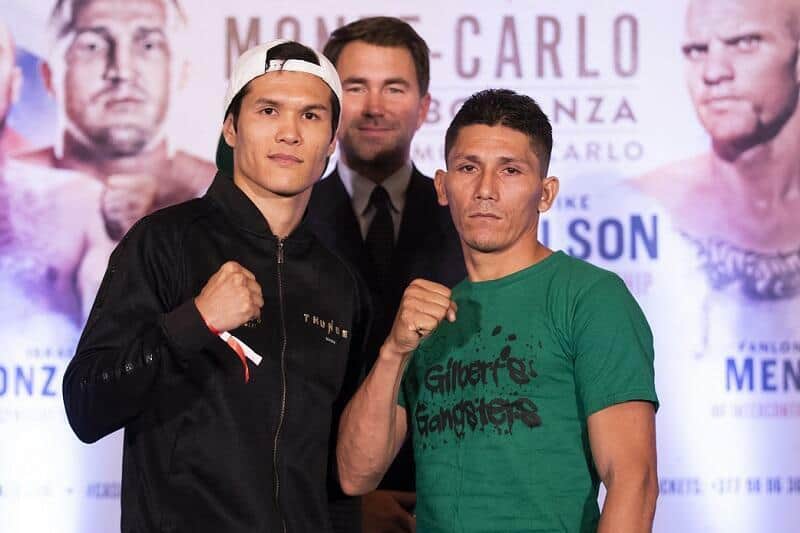 MOVING ON FROM EDDIE HEARN

“I look forward to fighting the better quality fighters. The recognized names of the welterweight division in my next few fights,” said Yeleussinov. “That should lead me to a world title shot.

“I look forward to signing with a new promoter. They can help on my journey to reach that championship goal.”

Ziya Aliyev, Managing Director of Boxing Stars Management, stated: ” Our main priority is to continue building Daniyar’s career so the world can see he is the best welterweight in the world.

“We are excited about his future and look forward to getting him back in the ring real soon.”

Before turning professional, Yeleussinov was an extremely accomplish amateur as he won the 2010 Asian Games, 2013 World Championships. He was a two-time AIBA Elite Men’s Boxer of the Year. That culminated in winning the 2016 Olympic Gold Medal in Rio de Janeiro.