Charlie Zelenoff faced a warning from Kim Kardashian last month over what the TV personality says was “stalker” behaviors in a legal complaint.

It’s not the first time Charlie Z has been accused of untoward behavior as former WBC heavyweight champion labeled him a “boxing troll” when attempting to punch his lights out in the gym.

The 32-year-old has long sought out notoriety, and thanks to everyone’s favorite sex-tape star Kim K, he may finally have it.

Being mentioned in such legal papers by a reality star with millions of followers could now be Zelenoff’s claim to fame. He can dine out on this for years.

Forget all those years of trying to proclaim himself a superstar in the sport. Plus, challenging Floyd Mayweather Sr. and Wilder to fight him. They only took Charlie so far.

It gave him minor cult status. Although nothing in the realms of what Kim Kardashian can do for your career.

Who would have known that his side admissions when declaring his love for Kim would eventually be the situation to break him out of the monotony?

Stating his boxing record was somewhere in the 200-0 figure, sometimes above and other times below, when half of his “bouts” were available for eye-popping YouTube viewing was merely seen as delusional.

Now, Zelenoff can give himself a new moniker as “Kim K’s Stalker.” 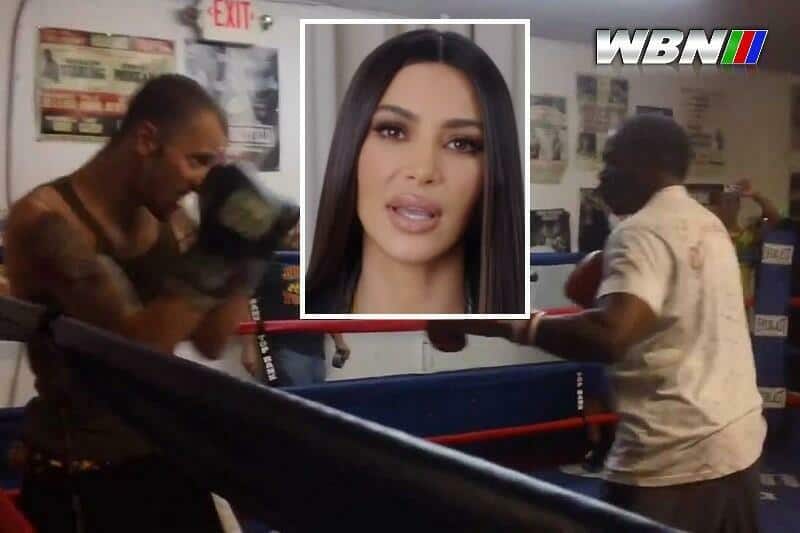 Maybe now Charlie can finally hang up his gloves. He can stop labeling himself the “TBBE” (The Best Boxer Ever). Certainly at the expense of Manny Pacquiao, Floyd Mayweather, and other generational superstars.

Of all the names Zelenoff has been called above, all by famous stars from boxing or TV, it could well be this one that gives him the most pleasure.

Knowing he’s on Kim’s mind would potentially be good enough for someone with an inferiority complex such as Zelenoff.

Failing to break into the sport, even after thirteen years of trying and humiliation on YouTube against Andrew Hartley, Zelenoff may see this latest mention in the public eye as his biggest triumph.

Kim may have been a little hasty in taking out the action she did, as Zelenoff is no psychopathic lurker. However, she is a socialite queen and won’t be taking any chances. Who can blame her?

If it’s any consolation to Kim, though, Charlie was never going to make fighting his full-time job.

He is harmless, though.

The views expressed in this article are that of the Editor, Phil Jay. WBN is the top-visited independent boxing news website in the world.