In the telecast opener of Donaire vs. Oubaali, Gary Antuanne Russell showed once again why there’s talk of him being a certain world champion.

Russell, 14-0, 14 KOs, continued his ascent up the super lightweight ranks.

The undefeated Russell became the first to stop the rugged Jovanie Santiago (14-2-1, 10 KOs), dominating Santiago until referee Sharon Sands halted the contest following the sixth round at the suggestion of Santiago’s corner.

“The objective is to get the man out as soon as possible and come out unscathed,” said Russell. “I want to say that Santiago was a class-A opponent. A lot of people think he beat Adrien Broner. I want Adrien Broner now.”

With older brother and WBC World Featherweight Champion Gary Russell Jr. working his corner, Gary Antuanne controlled the action from the opening bell. The 2016 Olympian worked the jab and straight left behind the southpaw stance, snapping Santiago’s head back several times in the first.

Russell, 24, continued to land the left in the second and third. Early in the fourth, he followed up a straight left to the ribs with a short right hook upstairs that dropped Santiago to a knee.

Puerto Rico’s Santiago gamely rose to his feet and survived the follow-up onslaught to make it out of the round. 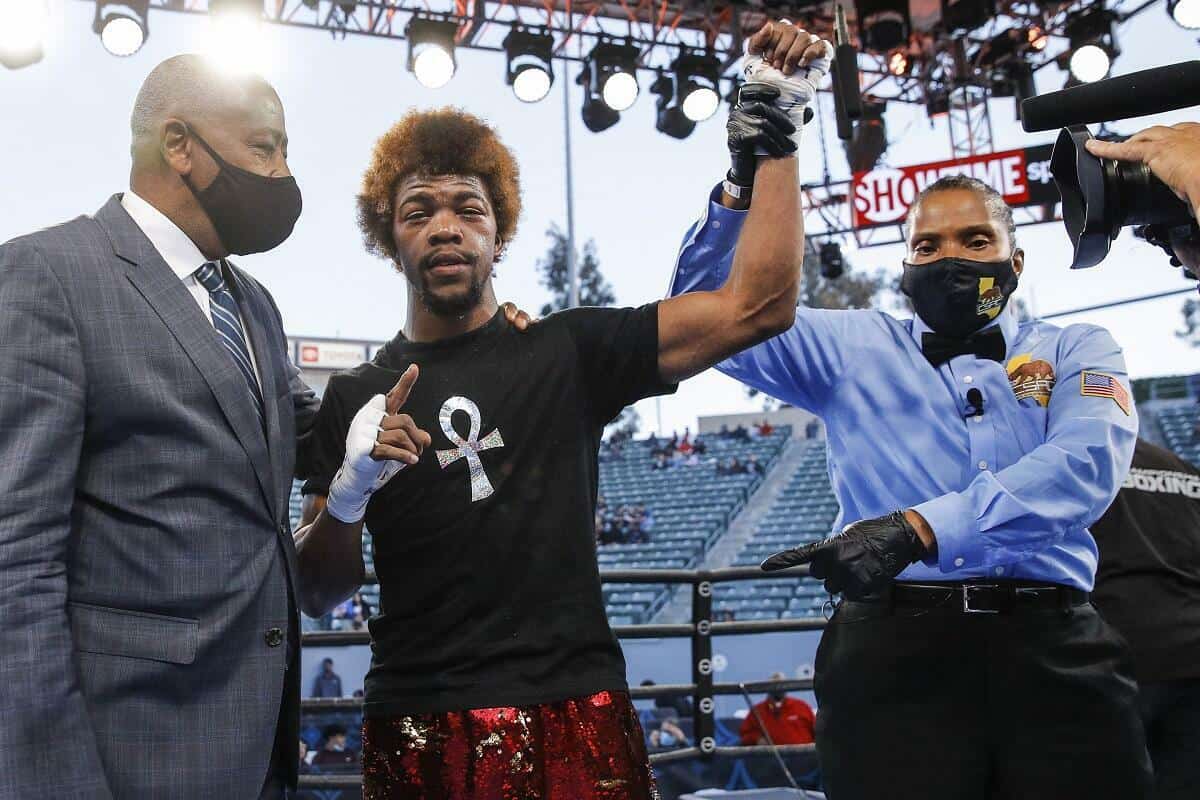 “The importance to me is to execute round-by-round, and round-by-round, I was executing more and more. My father told me to go to the body, right hook upstairs. He was open to that,” said Russell.

Russell showed no signs of slowing despite being extended beyond four rounds for the first time in his pro career. The Capital Heights, Md. product battered Santiago in the sixth, landing punishing combinations throughout the frame. Moments later, the referee stopped the bout.

“It’s definitely important to me to perform, so I’m not just known as Gary Russell’s younger brother,” said Russell, who landed 146 of 444 punches (32.9%). “I come from an excellent background of fighters. We’re building a dynasty.

“How soon do I want to get back in the ring? If I could fight on the Deontay Wilder card, that would be great.”