Floyd Mayweather is putting a brave face on it and trying to stir up interest in a nothing exhibition against a YouTuber that most real boxing fans hold no interest in following.

This week, it’s been evident on two fronts that the great one may be panicking when it comes to sales of his June 6th Pay Per View.

First of all, Mayweather posted a picture of himself bloodied in sparring. It was as if to state his intentions against an inexperienced novice bereft of the fundamentals.

We all know Floyd is hardly training as he admitted, “all he has to do is show up” at the Hard Rock Stadium in Miami Gardens.

The second desperation move came from his opponent, a vlogger/gamer and prankster who claims the Mayweather collision is not a friendly bout.

He says they’ll embark on a proper fight. However, anyone with half a brain knows if Mayweather turned it on fully, the talentless YouTuber would last around 30 seconds. That’s if he was lucky.

I believe that Mayweather will allow the “contest” to go a few rounds to please those who have spent thousands of dollars on tickets.

Before too long, “Money” ends the encounter when he feels like it. 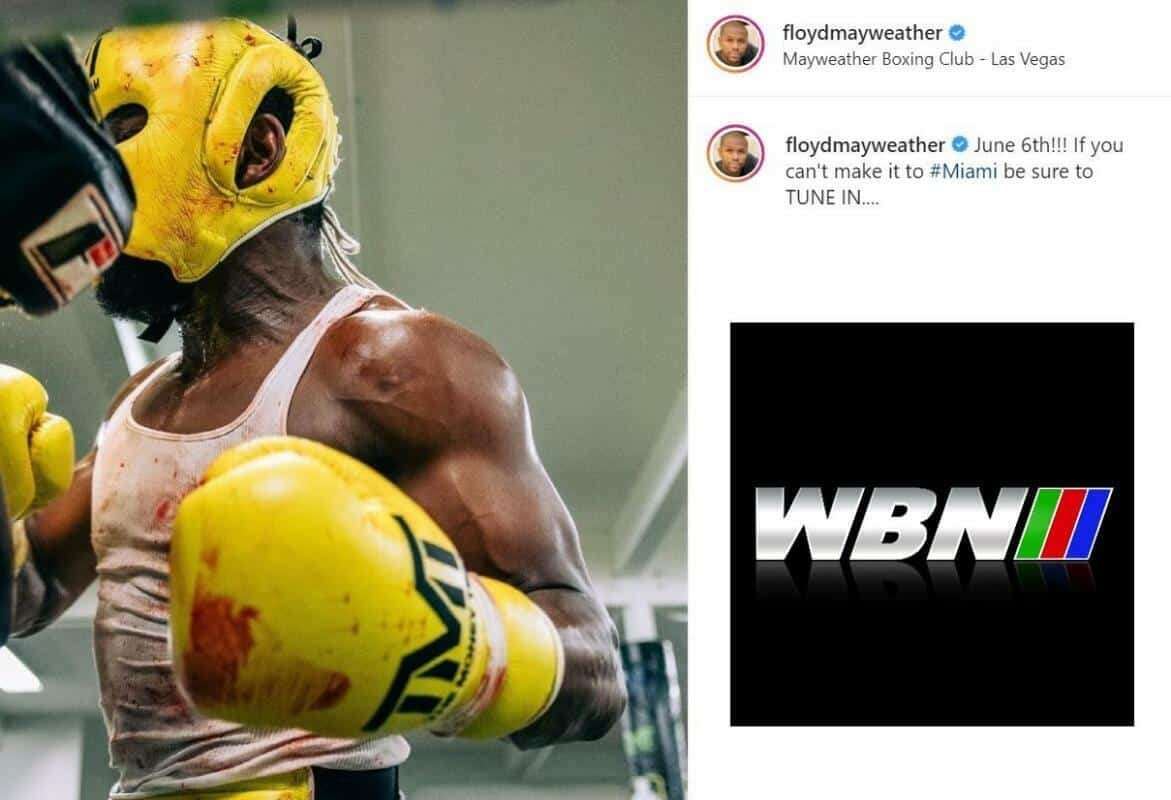 But as fight week approaches, there are absolutely no butterflies and no anticipation. There’s no substantial interest in this event whatsoever.

In eleven years covering the sport at the highest level, I’ve never experienced a Mayweather fight with less charged energy than this one.

I certainly won’t be paying for it. That’s also a first for any Floyd Mayweather event on my watch. Plenty of others intend to stay away from it also.

Showtime does what it can to generate something near the level of the Manny Pacquiao or Conor McGregor blockbusters. Unfortunately, they are merely banging their heads against a brick wall.

The only morsel keeping boxing regulars watching on with a side view is the fact Mayweather is giving away fifty pounds in weight against a younger, possibly faster guy.

But even then, this is a massive stretch.

There’s a vast gulf between a five-weight legend first-ballot Hall of Famer and some guy he works out. A joker who presents some of the worst car crash YouTube videos available on the internet.

On June 6, it could be a painful lesson. One I won’t be tuning in for at all.

The views expressed in this article are that of the Editor, Phil Jay.