Devin Haney called out undisputed lightweight champion and WBN Fighter of the Year Teofimo Lopez after winning the most important battle of his career.

Haney retained his WBC world Lightweight title in a thrilling fight with Jorge Linares at the Michelob ULTRA Arena in Las Vegas, NV, live on DAZN.

The 26-0 15 KOs star sparkled from the beginning with his trademark skills, speed, and elusiveness, seeing the champion start strongly over the former three-weight World champion, with bodywork smartly invested and uppercuts accurate and flashy.

Haney had to show he has a chin to accompany the ability. With Linares (47-6 29 KOs) always dangerous and in the fight, showing flashes of lethal intent, Devin Haney absorbed and evaded.

That was until a dramatic ending in the tenth.

Linares delivered a three-punch combination that wobbled Haney right on the bell of the tenth round. It saw a staggering Haney unsteady on his way back to his corner. 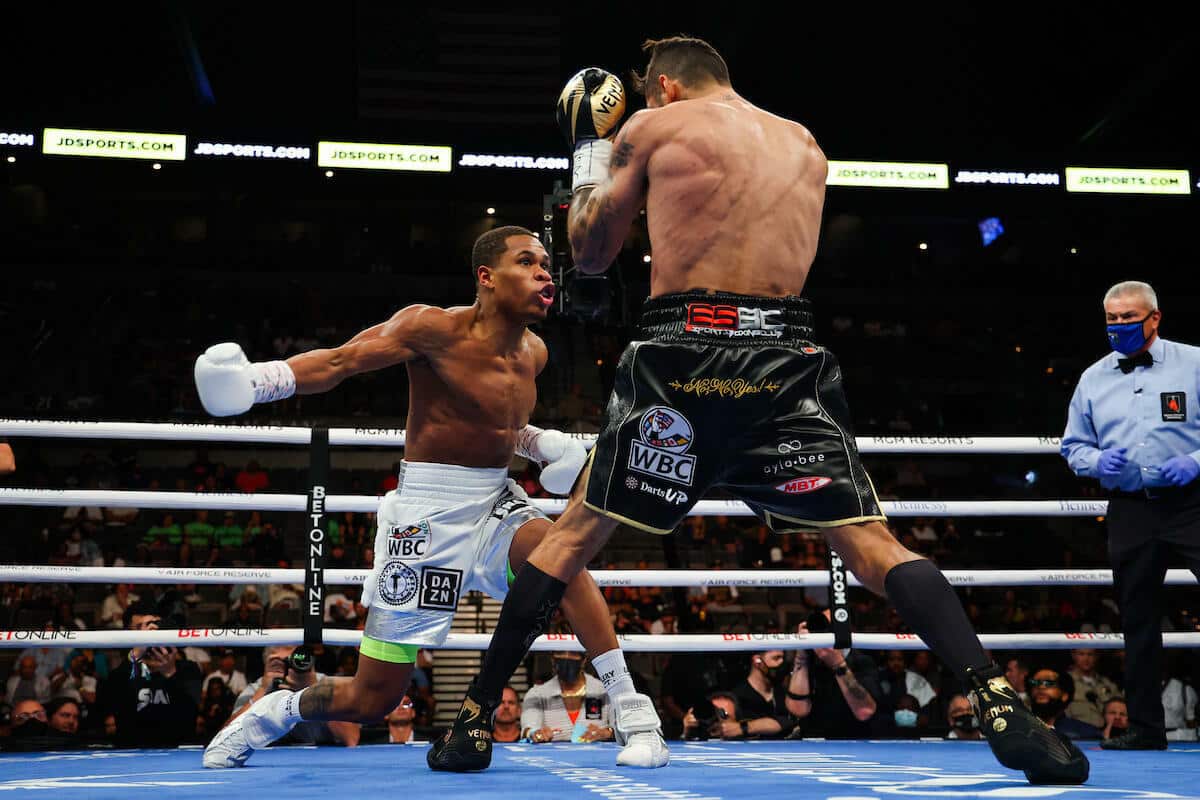 “The fans want to see that,” said Devin Haney. “They want to see if I can go in there and walk my opponent down. Hit him with big shots. I showed I could do it all. I can box, bang, take a shot, face adversity, and get the job done.

“It was a good shot, but I wasn’t hurt. Sometimes when you get hit by a good shot, you have to be smart, continue the game plan, and I did that and got the win.

“I knew he was going to come here and give it everything. It was a huge opportunity for him. He would be willing to get knocked out to win and take my biggest shots to get this title.

“I just kept smart, used the jabs, feinted, and landed shots in the 12th round. You are going to get hit with big shots in boxing. I didn’t get dropped; I didn’t get hurt.

“You see fighters get dropped and get up from big shots, and people praise them. I didn’t get dropped. I stayed on my feet, kept throwing shots, and closed it out.

“But I want to fight the best.I stayed focused on Jorge this week.I knew he was a tough competitor, and I got the job done with the game plan.

“If Teofimo Lopez wants to do it next, let’s do it for all the belts. The real undisputed.”

Chantelle Cameron (14-0 7 KOs) dazzled on her Las Vegas debut by destroying Melissa Hernandez in the first defense of her WBC World Super-Lightweight title.

Cameron said she wanted to shine in Sin City. The Briton did just that. Coming out of the blocks with equal parts speed and spite.

Her aggressive approach was first rewarded in the fourth round when a barrage of punches nearly put Hernandez through the ropes. Then the referee stepped in to halt the contest in the fifth with the challenger under more fire.

Azinga Fuzile (15-1 9 KOs) will be fighting for a World title in his next outing after turning in a fine performance to stop Martin J. Ward in seven rounds. A slow-burning opening caught fire in the fourth round when Fuzile put Ward down in fourth from check right-hook.

Ward was then cut from a head clash in the seventh round. He also appeared to be injured to the left knee, and then a huge right hand floored the Briton, and the corner pulled him out. 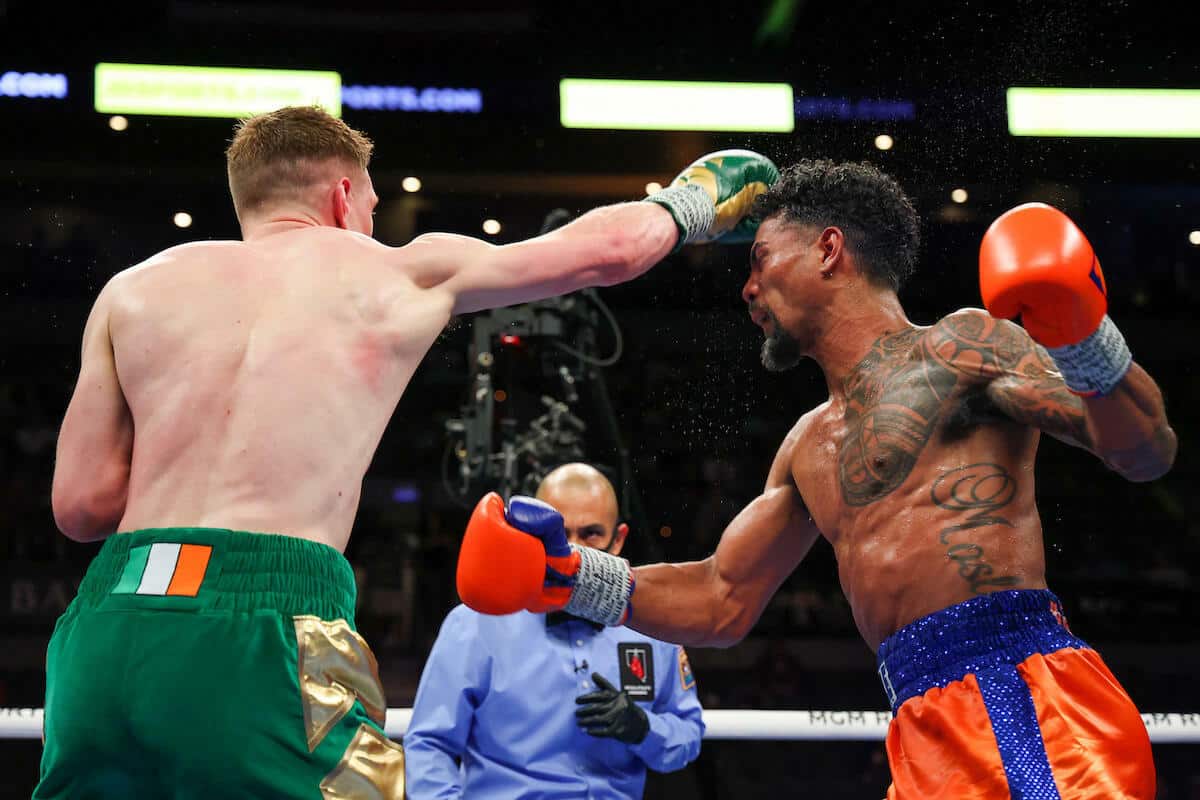 Khalil Coe (1-0 1 KO) showed he would be a handful for his opponents. He was a big hit with the fans as he kicked off life in the paid ranks with a second-round KO, following two knockdowns from body shots in his first pro round with another brutal left hand to the midsection to end matters in the second.

Reshat Mati (10-0 7 KOs) got some valuable rounds against game late-replacement Ryan Pino before the main card commenced. Their fan-friendly six-round action went the distance, and the New Yorker got the verdict on the cards, 60-54, 58-56, and 58-56.

Amari Jones (2-0 1 KO) kicked off the night with a first-round KO win in his second pro outing.