According to his prospective opponent, former unified heavyweight champion and three-time ruler Wladimir Klitschko will return to the ring in 2021.

Shannon Briggs, an ex-WBO title-holder, took to Instagram Live to state the fight was on and happening soon.

WBN speculated last week whether or not Klitschko would be making a comeback due to admission in a previous interview.

Klitschko had stated that if he fights again, it would only be in a bid to break George Foreman’s record as the oldest ever heavyweight champion.

“Dr. Steelhammer” had said: “I train regularly. Almost every day, “ to Fox Sports’ Fair Game three years ago. “I need it like the air to breathe. I enjoy doing sports.

“(As of now) I still have it, but I do not know how long I can keep this form. It must be something extraordinary. Incredible.

“But if I can become a 45-year-old, a 46-year-old, and if I’ve still got it. If I still have the sparks in my stomach, I would think that I could break the record and become the oldest heavyweight champion at this extraordinary moment.

“I mean, obviously, now there is only one guy, George Foreman. But by then, I’ll think about it.

To overtake Foreman, Klitschko needs to begin serious preparations now, meaning Briggs’ statement may have some more merit than usual.

“The Cannon” is known for his wild accusations and call-outs on social media and in person. Several times has the American chased Klitschko to his face for a possible fight. 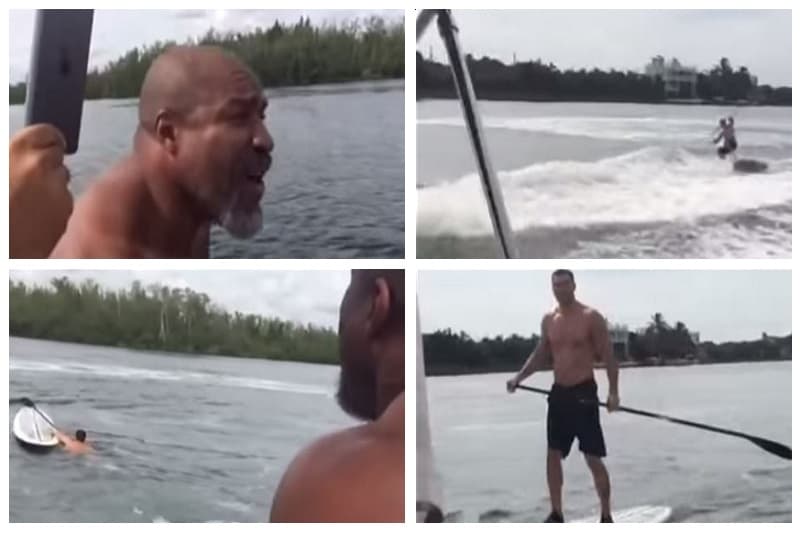 Infamously, Briggs got into a food fight and a hilarious boat pursuit with boxings fans howling with laughter a few years when the Ukrainian was on top.

Since losing to Anthony Joshua at Wembley Stadium, Klitschko has stayed out of the ring – as promised. With a 2022 date to reach Foreman’s benchmark approaching, now would be the time to enter the ropes again.

At the age of 45, Klitschko could achieve the feat by the beginning of 2022. Therefore, facing Briggs in a warm-up exhibition before stepping up his opposition to a ranked opponent would make sense for the boxing legend.

As of yet, Klitschko has not addressed Briggs’ remarks.