Heavyweight great Lennox Lewis congratulated a new member of an exclusive club in Josh Taylor while serving as a reminder for incorrect UK media reports.

Defeating Jose Ramirez in Las Vegas, Taylor took every version of the 140-pound crown to reign supreme in the division.

Taylor was immediately placed alongside Bernard Hopkins, Jermain Taylor, Terence Crawford, and Oleksandr Usyk as one of only five men to achieve the feat.

Once again, Lewis got shunned into the background. Despite “The Pugilist Specialist” facing and defeating Evander Holyfield in 1999 for every significant strap on offer.

Back then, the sport saw the IBO title as more prestigious than the newly-formed WBO version. In today’s money, you could say their roles got identically reversed.

The WBO gets recognized in the shake-up. At the same time, the IBO attempts to cling on as the outsider sanctioning body.

In the late 1990s, many boxing fans refused to see the WBO version as a bonafide belt. Lewis himself had no interest in fighting for it.

The holder at the time was Vitali Klitschko. However, the Ukrainian wasn’t a bonafide world champion. The belt failed to secure full significance until won and unified by his brother Wladimir a few years later. 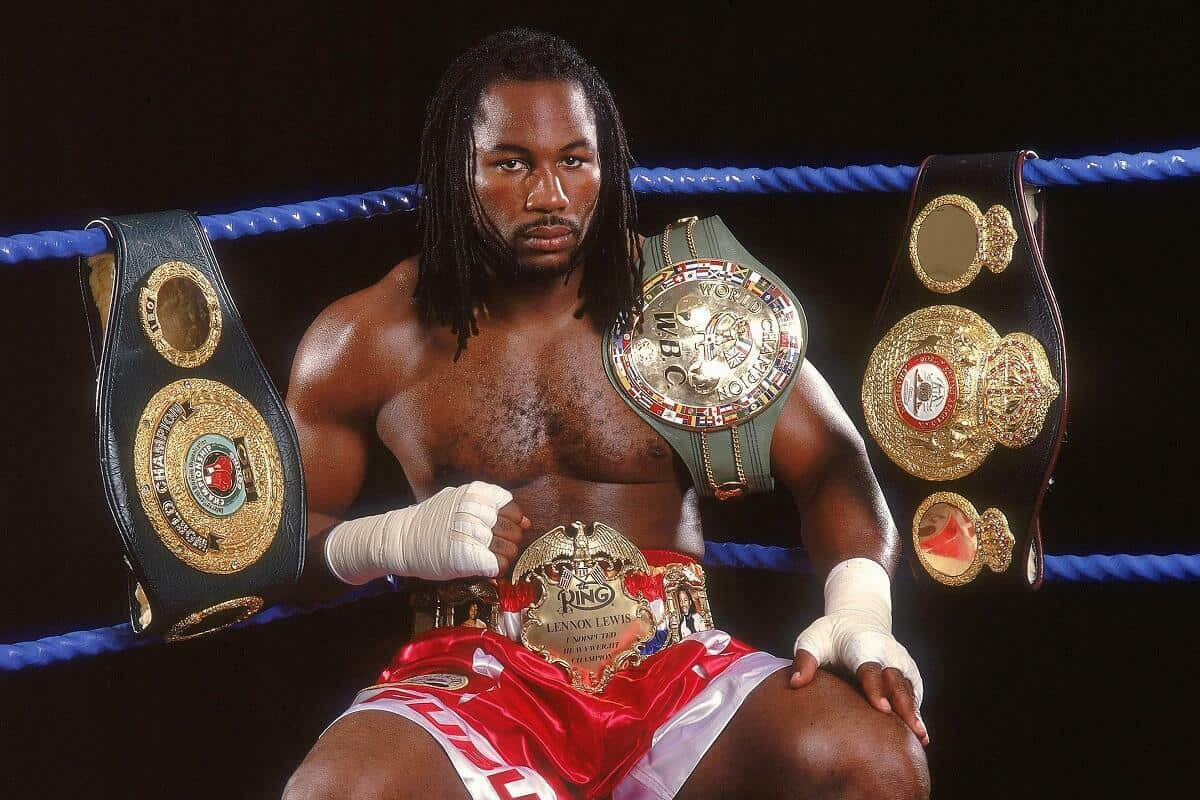 Furthermore, Lewis took the WBC, WBA, IBF, and IBO crowns when putting a rubber stamp on what should have been two victories over Holyfield.

They were the four most significant titles on offer at that time. Lewis was one hundred percent an undisputed champion.

Roy Jones Jr., too achieved that feat a year after Lewis. Therefore, both should be on the list of undisputed four-belt kings.

In his usually relaxed manner, Lewis reminded Taylor of this fact when offering his hand out to welcome him into the upper echelons of the sport.

“The wonderful thing about history is that the past is available for inquiry, understanding, and explanation,” said Lewis. “Undisputed is a path for the chosen few.

“It’s a very small exclusive club with an even smaller number of undisputed British champions. Congratulations, Josh Taylor, welcome to the club.

“For now, in heavyweight boxing, there is still only one undisputed name listed with the British flag on it. The beauty of this is there is always room for more names to be added.

“It’s been seventeen years and three months since I retired. I remain the last undisputed heavyweight champion of the world.

“Time is ticking, and History is taking notes. Stay focused out there,” he added.

But to those attempting to re-write history, the British legend squarely called them out.