Middleweight world titlist Gennadiy Golovkin, who knows full well that he is not going to get the third fight he so badly has wanted against unified super middleweight world champion Canelo Alvarez this year, is making other plans that include a summer bout followed by a unification fight with Ryota Murata at the end of the year.

That is exactly what is in the works for Golovkin — as well as another fight before the unification match, a source with knowledge of Golovkin’s plans told World Boxing News on Monday night.
The source said that not only is Team GGG in “advanced discussions” with Murata co-promoter Akihiko Honda’s Teiken Promotions about staging the unification match in Murata’s native Japan on Dec. 31 – the New Year’s holiday is a traditional time in Japan for championship boxing events – but there are also discussions going on for a summer fight.

Golovkin’s team has talked to Teiken Promotions and DAZN, the streaming service that has an exclusive contract with Golovkin, about not only the Golovkin-Murata New Year’s Eve unification fight but also about Golovkin and Murata appearing in separate title defenses on the same card beforehand, according to the source.

The timing of those interim bouts against opponents to be determined, be it a doubleheader or a possible split-site broadcast on the same date, would be for them to take place in either late August or early September, the source said.

“Both sides and DAZN believe the doubleheader is something worth exploring,” they added. 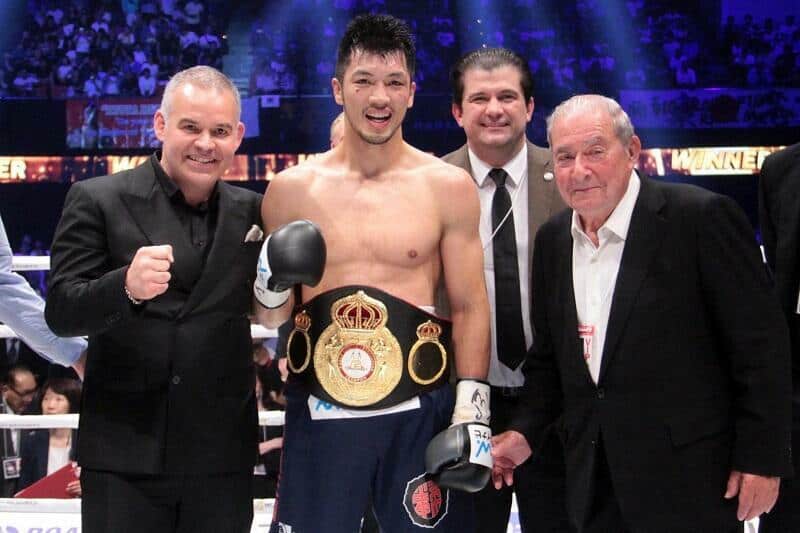 One of the reasons for the doubleheader is because of Murata’s inactivity – he will have been idle for 20 months if he fights in August — and the fact that Teiken Promotions believes it would best serve him by having a tune-up fight first instead of waiting until the end of the year to end the layoff, especially with the fight being against Golovkin, who would be by far the toughest opponent of his career.

The 35-year-old Murata (16-2, 13 KOs) has not fought since he defended his world title against Canadian Steven Butler on Dec. 23, 2019, in Yokohama, Japan, a fight that Murata, a 2012 Olympic gold medalist and Japanese national hero, won by fifth-round knockout.

The fight was Murata’s first title defense since regaining the belt from American Rob Brant in a rematch in July 2019. He knocked out Brant in the second round in Osaka, Japan, after losing a decision and the title to Brant in his previous fight in October 2018 at the Park MGM in Las Vegas.

Golovkin (41-1-1, 36 KOs), 39, a Kazakhstan native fighting out of Santa Monica, California, won the vacant IBF world title by hard-fought and disputed unanimous decision against Sergiy Derevyanchenko in an all-out slugfest in October 2019 at Madison Square Garden in New York, but then he did not fight again for 14 months due to the coronavirus pandemic.

GGG ended the longest layoff of his 14-year professional career when he knocked down Polish mandatory challenger Kamil Szeremeta four times in a one-sided seventh-round knockout in the first title defense of his second title reign on Dec. 18 at the Seminole Hard Rock Hotel & Casino in Hollywood, Florida.