It wasn’t a vintage “Chon” performance, but Jose Zepeda did what needed to be done. Zepeda, in his first bout since his Fight of the Year victory over Ivan Baranchyk, won a one-sided unanimous decision over former world title challenger “Hammerin” Hank Lundy.

Sims dominated the second half of the fight, winning the last four rounds on two of the judges’ cards to clinch the win.

Sims remarked, “I got a baby on the way, so that’s all the extra motivation I needed.” 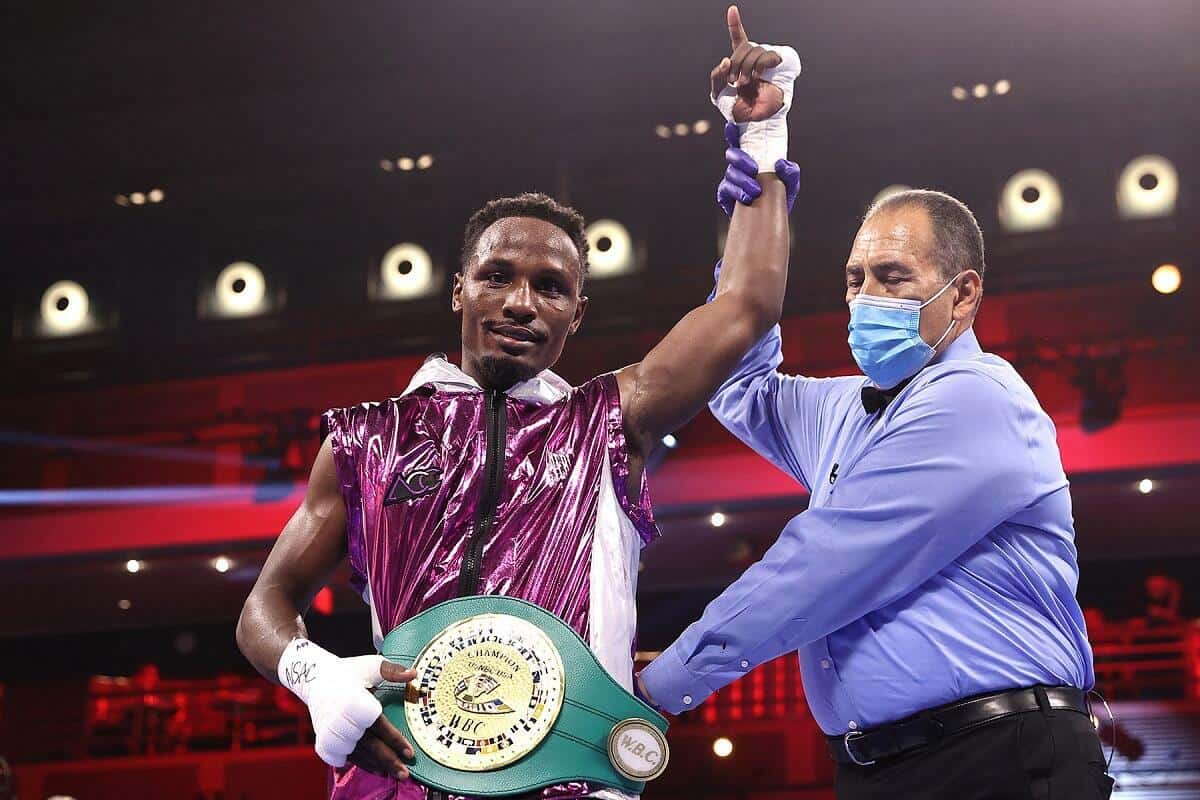 Coria knocked down Vivas twice in the third round, and Vivas had a point deducted for low blows in the fourth.

Vivas rallied in the second half of the fight, winning the last four rounds, according to two of the judges. The hard-luck Coria has now lost his last three bouts, all via controversial decision. Vivas outlanded Coria 239-209.

Featherweight: Robeisy Ramirez (7-1, 4 KOs) UD 6 Ryan Allen (10-5-1 5 KOs). Scores: 60-53 2x and 59-54. Two-time Cuban Olympic gold medalist Ramirez won his seventh consecutive bout, dropping Allen in the second round and cruising to the points victory. Allen provided some resistance and won the fourth round on one of the judges’ cards.

Lightweight: Raymond Muratalla (12-0, 10 KOs) TKO 5 Jose Gallegos (20-11, 15 KOs), 1:40. “Danger” Muratalla lived up to his nickname, pounding Gallegos to the body until the veteran had seen enough. This marked only the third stoppage defeat of Gallegos’ career, while Muratalla notched his seventh straight knockout victory.

Middleweight: Javier Martinez (4-0, 2 KOs) KO 4 Calvin Metcalf (10-6-1, 3 KOs), 1:33. Martinez opened the show with some thunder, knocking out Metcalf with a right hook in the center of the ring. Metcalf’s legs were rubber, and the referee didn’t bother to finish the count.